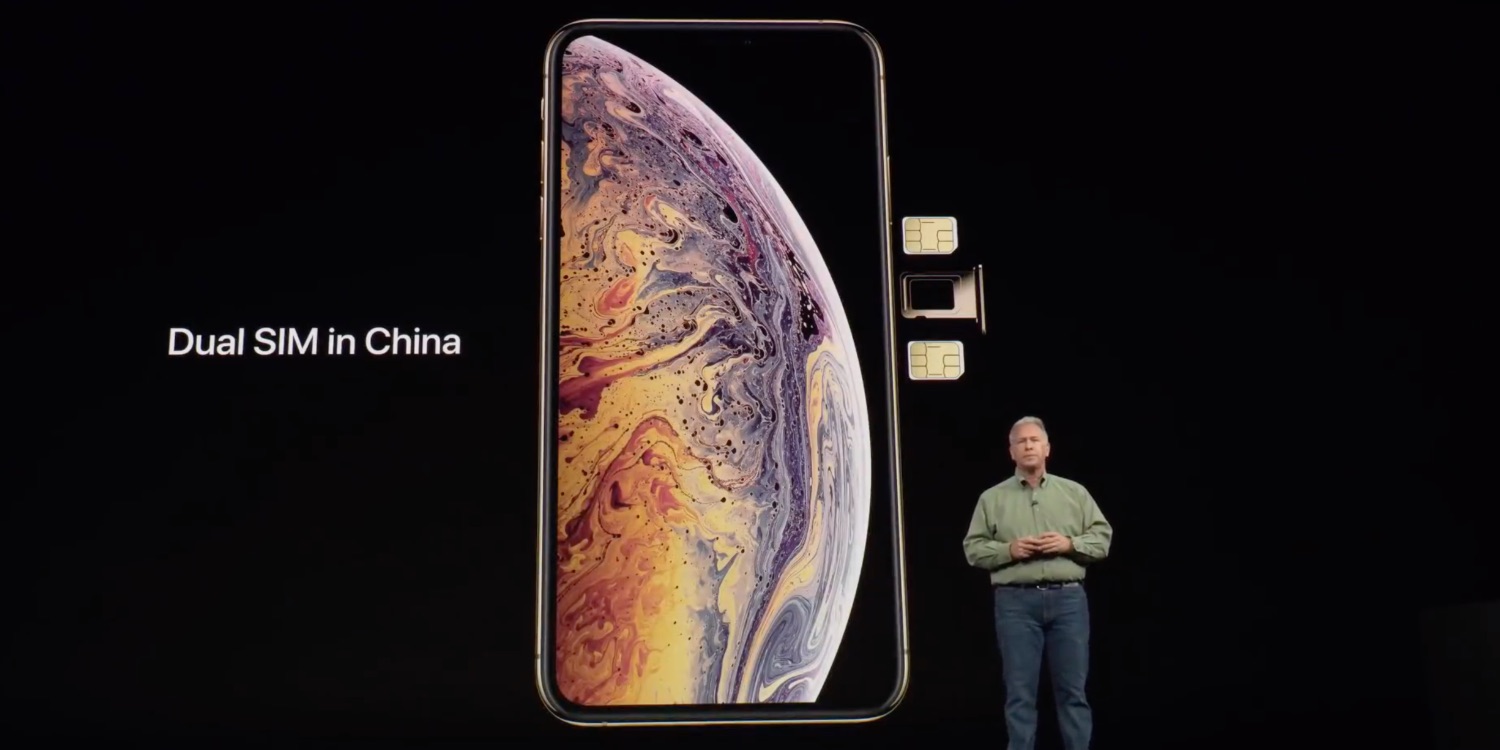 A dual-SIM iPhone was way down the list of features wanted by most buyers, so it was a surprise to hear Phil Schiller say during the September Apple keynote that the two newest iPhones would have both an eSIM and regular nano-SIM slot for phones sold globally — except in one particular region.

Dual-SIM phones have long been a big deal in China, which has a confusing labyrinth of phone plans depending on which village or town you’re in and what plan you sign up for. It’s been common for Chinese people to swap SIMs depending on who they’re calling or where they happen to be, and dual-SIM models by Huawei, Oppo and others have sold well for just this reason.

For me, after watching all the best products sell to the US first, there was finally a real benefit to buying the iPhone in Hong Kong! (Case in point: the HomePod is still not for sale in Hong Kong or China, so I’ve had to purchase it through sketchy resellers here. I’ve since taken one to Vietnam, where it just might be one of the only HomePods in the entire country.)

The introduction of a dual-SIM phone brings Apple in-line with some of its Chinese competitors, where dual-SIM devices are almost standard. But it’s a particular benefit to people who live near the Hong Kong-Mainland China border. Hong Kong is overseen by China, but is a separate territory day-to-day, with a formal border crossing, different currency, legal system, and a lot more — including cellular providers. For people going back-and-forth, this is a huge win.

I don’t head up to China as much as I used to, but I absolutely love the ability to put two SIM cards in the iPhone XS Max. I use a high-speed network for data in Hong Kong and popped a Google Project Fi SIM in the second spot (I know, I know, now it’s just “Google Fi”). With that, I get roaming in 170 countries at no extra cost. That means no more losing the tiny SIM cards and no more fiddling with a SIM tray on a bumpy flight — now I can use my local network when I’m in Hong Kong and roam globally without touching a SIM at all.

So how does it work?

Apple’s support pages say people can use the two nano-SIM slots for things like separate data and voice plans, or to keep business and personal numbers separate — but it can be set up any way you like. 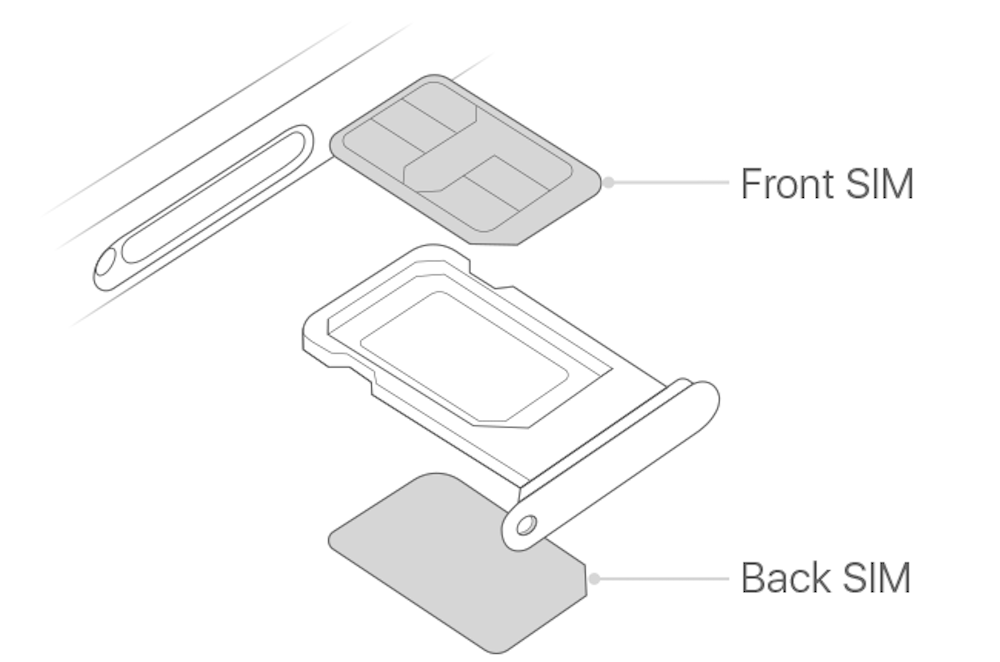 The SIM cards actually use the same SIM tray, with one SIM on one side and one on the other. Once you fire up the phone, iOS will ask you which one should be the “primary” SIM and which one should be “secondary”. To make changes, you can dig into the Settings app and tap Cellular. 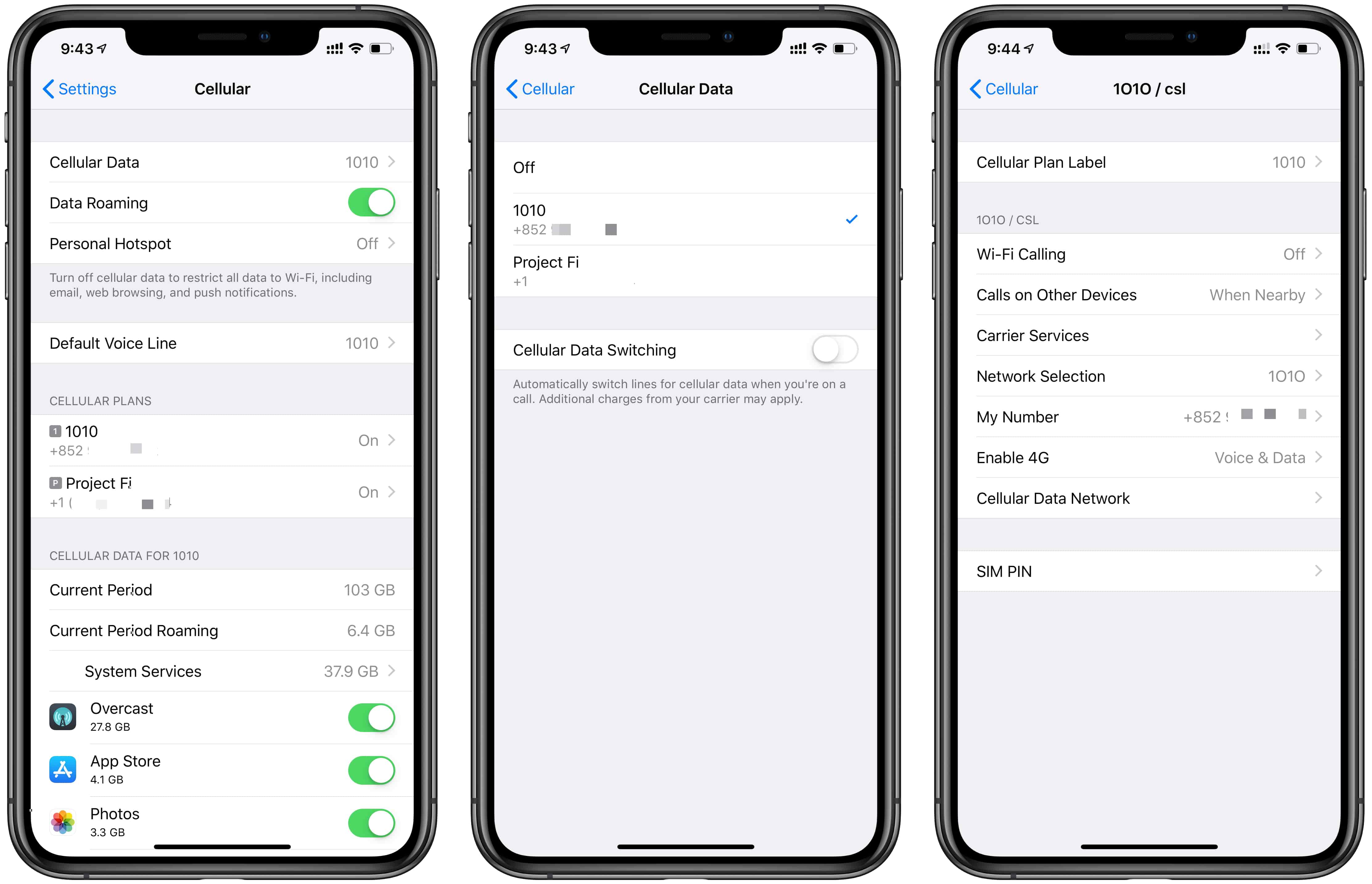 The cellular setup screens provide users with lots of options for the two nano-SIM cards inside.

The Cellular screen on the dual-SIM phone now has more options. To start with, you can rename the two SIMs to whatever you like: I’ve chosen 1010 (the name of the company I’m using in Hong Kong) and Project Fi. You can also select which SIM you’d like to use for data, and which one you’d prefer as your primary voice line.

Once you make your choice, there is another new option called “Cellular Data Switching”. If turned on, it means during a phone call, the other SIM’s data will be activated to receive data in the background during your call. A handy little trick.

Back on the Cellular screen, you can see the two cellular plans currently installed. You can tap either one to access a whole slew of other settings such as Wi-Fi Calling, whether calls should be sent to your nearby devices, which network should be used, whether you’d like voice and data both activated, and so on. Each SIM can be tweaked separately, which is nice. So, for instance, you could have phone calls to one SIM be forwarded to your iPad and MacBook, but have calls to the other SIM be prevented from doing so.

Finally, when placing a phone call, you can see the name of the network at the top of the dialing screen. Tapping it allows you to place a call using a different SIM. You can also see the additional signal information in the top right of the screen. Now you can monitor signal strength for both SIMs simultaneously. 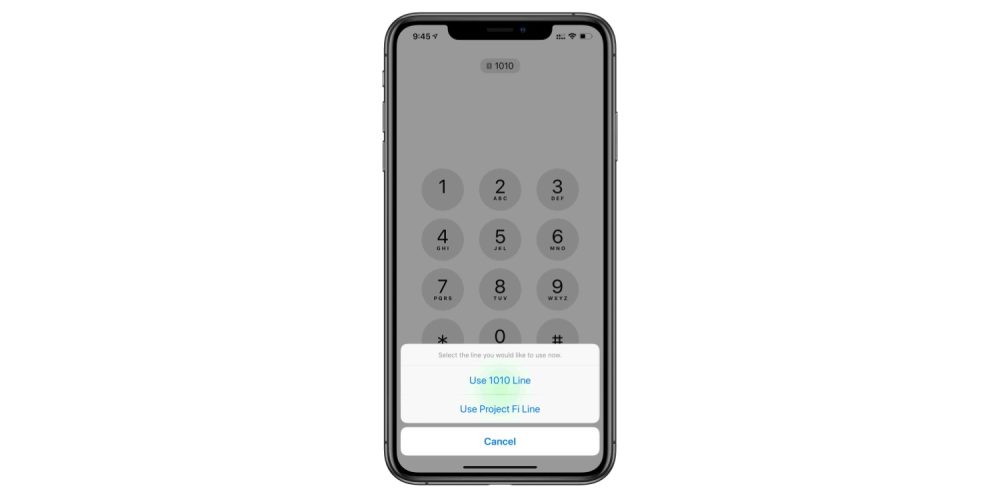 Users of the China/Hong Kong/Macao iPhone XS Max can choose which SIM to call from.

I have chosen to keep both SIMs active, so I can receive text messages and calls to either phone number at all times, but use my Hong Kong SIM as the primary one for data. When I leave Hong Kong, I merely open Settings, Cellular and tap Project Fi to make that my primary SIM when I’m on the road. That way I don’t use any roaming data from my Hong Kong plan, but I still get texts sent to iMessages and WhatsApp on my Hong Kong number. Excellent!

I’ve wanted a dual-SIM iPhone for years but never considered it within the realm possibility – kind of like wanting a SIM slot in a MacBook Pro. We just don’t expect Apple to actually do these things. Also, I assumed few people in the United States would want dual-SIM phones, making it even less likely Apple would go through with it. 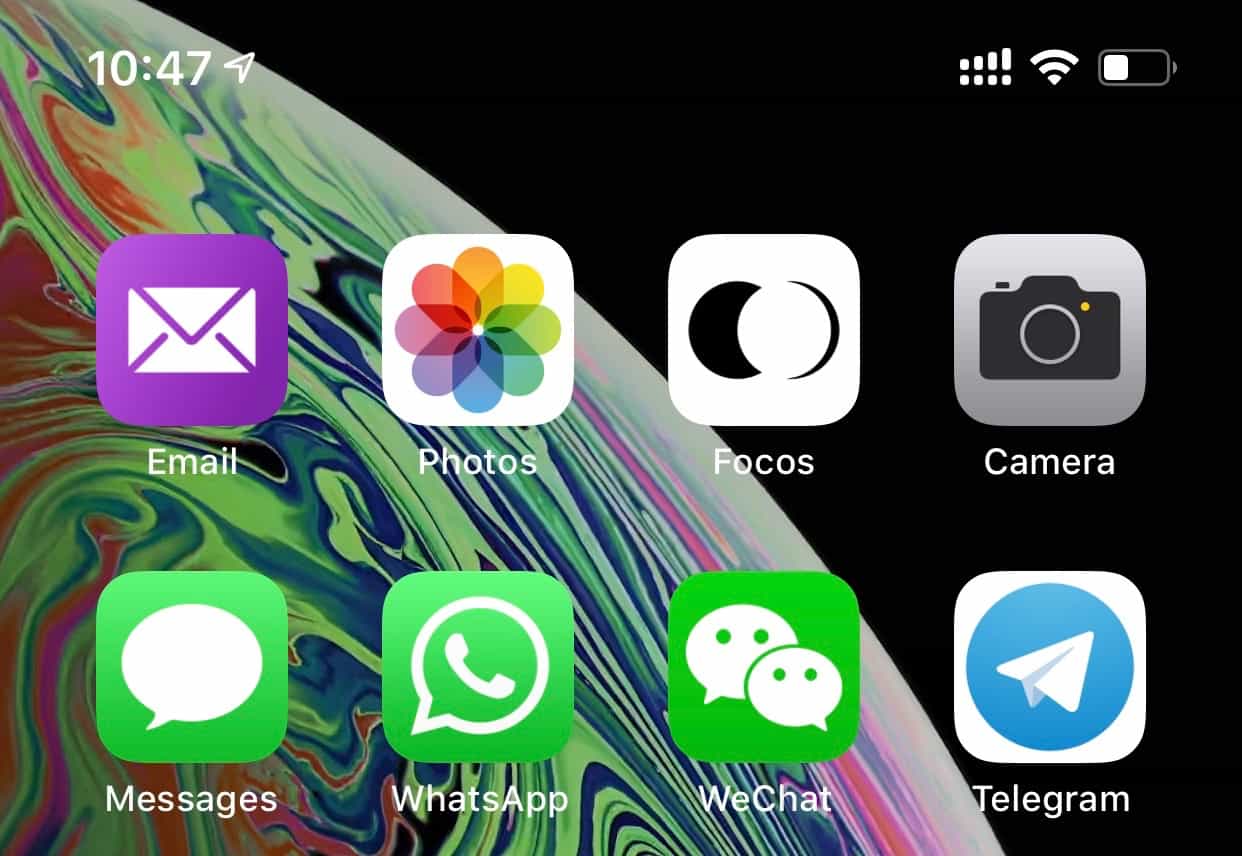 You can see signal strength for both SIM cards in the top right.

It’s different over here though, with so many countries crammed together and easily accessible. Swapping SIMs is so common many people carry little SIM wallets, and a common topic of conversation is which phone companies to use in places like Thailand, Vietnam or Malaysia. I’d gotten used to this life, so was ecstatic when I heard Apple’s announcement.

If you do plenty of traveling, picking up the new iPhone XS Max in Hong Kong might be something to consider. (Only if you happen to be passing through though — it might be a tad expensive to swing by solely for a phone…) It wouldn’t be the only benefit, however. There’s also no sales tax!