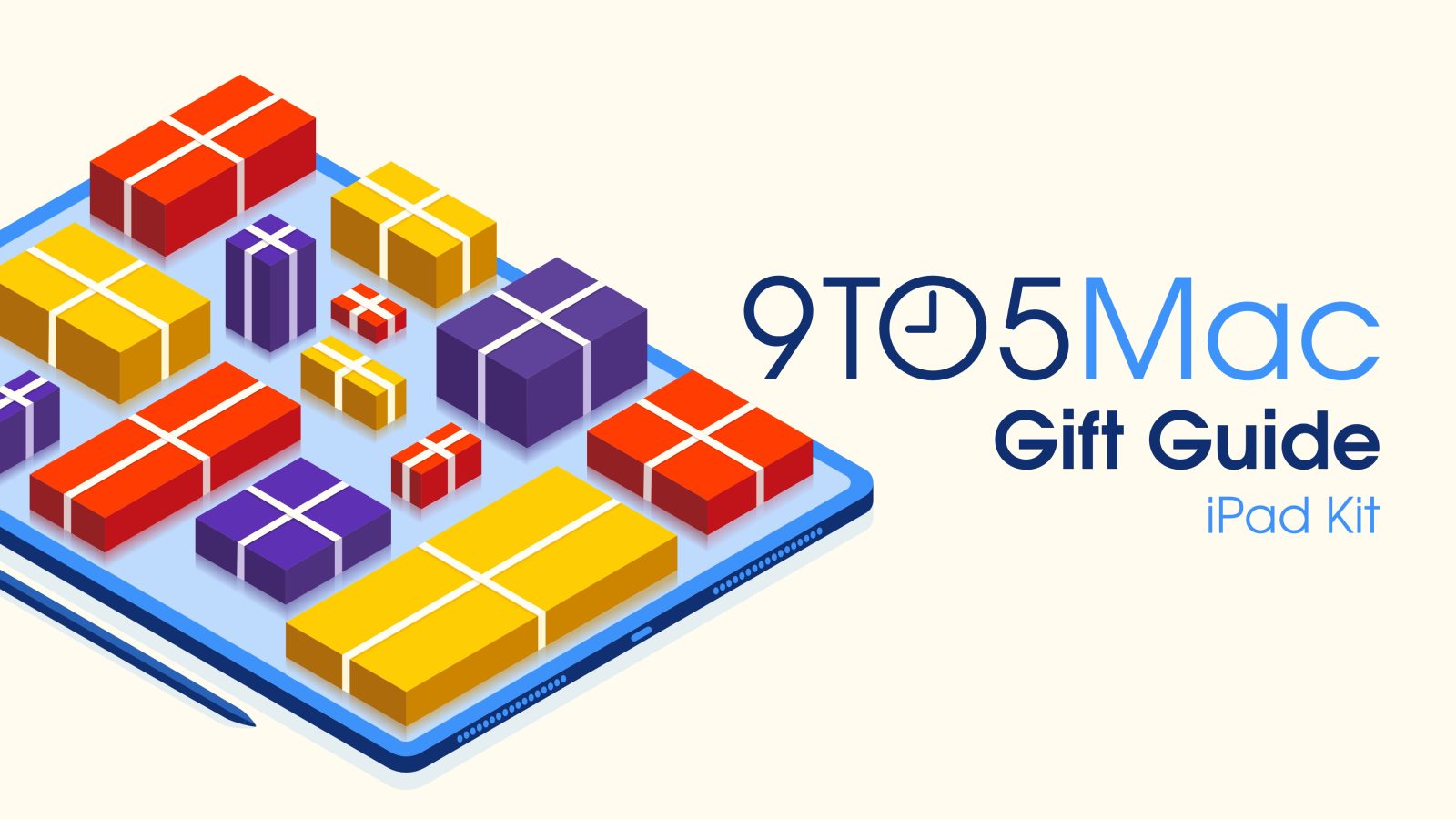 Apple announced its latest generation iPad Pro just under a month ago now. And with it came some important changes such as the addition of USB-C and moving the Smart Connector to the back of the device.

The first decision to make is whether you want an iPad or iPad Pro. Generally speaking, if you just read email, browse Facebook, read the news, or watch YouTube videos, the $329 iPad will work out just fine. It supports the original Apple Pencil and Logitech Crayon for drawing and sketching, a Retina display, and Touch ID.

If you’re the type of person that likes to live on the bleeding edge, or are looking to replace a traditional computer, look no further than iPad Pro. With the 2018 refresh, iPad Pro now supports a nearly edge-to-edge Liquid Retina display with curved corners, Face ID for facial authentication, and USB-C. You’ll also gain the Smart Connector, which will allow you to connect Apple’s Smart Keyboard Folio, and other types of keyboards to your iPad without having to worry about charging or pairing. 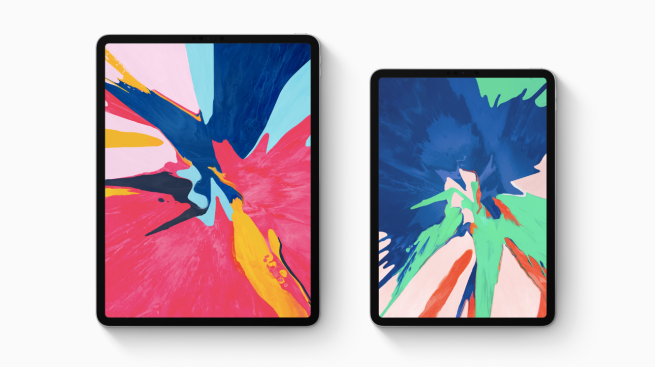 With the introduction of USB-C on the latest generation iPad Pro, Apple has seemingly left the door wide open for external accessories, sort of. As many know by now, there are some limitations to the port, such as not fully supporting external hard drives or flash storage. However, there are some neat things you can now do with the port.

Unfortunately, for the regular iPad (or previous generation iPad Pro models), you’re stuck with what Apple offers you due to the nature of Lightning. You might be able to find some third-party Lightning adapters that are MFi, but there aren’t many out there. 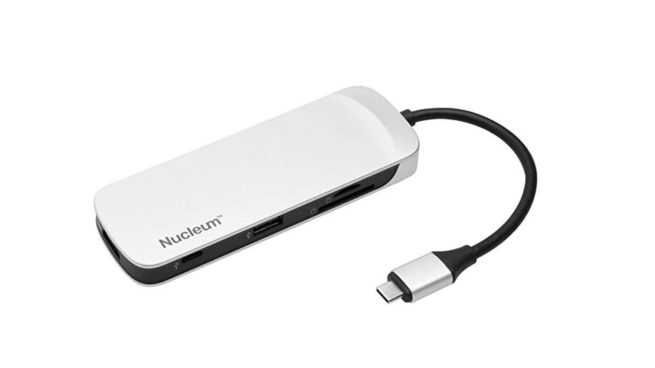 However, there is a stand from Logitech for previous generation iPad Pro models that used the side mounted Smart Connector as a dock and charger (although it was rather slow). It was one of the few non-Apple Smart Connector accessories available for the iPad Pro. Unfortunately, the Logitech Base isn’t compatible with the new iPad Pros because the Smart Connector moved from the side to the back of the device.

Unlike Lightning, there are a ton of USB-C hubs available due to the increasing number of devices now supporting the connector, including Apple’s own MacBook and MacBook Pro line of devices.

In terms of hubs, we recommend the Nucleum hub from Kingston. It offers 2 USB-A 3.1 ports, both microSD and SD card slots, an HDMI port, which supports displays up to 4K at 30Hz, and most importantly dual USB-C ports. This is important especially if you’re already all in on the USB-C ecosystem.

Hubs with more than 2 USB-C ports seem to be non-existent at this point in time. The Nucleum hub from Kingston seems to also be one of the only hubs that offers dual USB-C ports over a single USB-C connector. The hub is also notably missing any sort of Ethernet connection, which is important to some. But for $50, this hub offers the best bang for your buck you can get, with nearly everything you need at any given time. 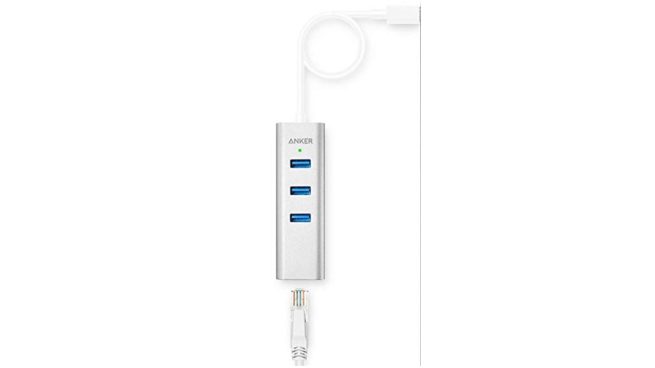 If you’re looking to trade HDMI for Ethernet, this one from Anker is your best bet. It offers 3 USB-A 3.1 ports and an Ethernet port. At $30, it’s a pretty great hub if you plan on only using it occasionally as it is notably missing any USB-C ports, which means no pass-through for charging.

Our last recommendation is the pricy USB-C Multi-Port adapter from Apple. Coming in at $80, it offers USB-C pass-through for charging, HDMI, and a single USB-A port. If you’re looking for something that works reliably, Apple’s adapter is the way to go. It’s the most basic of adapters, but it gets the job done.

Last year’s iPad Pros introduced fast charging with a Lightning to USB-C cable (sold separately), and a USB-C power brick. It allowed charging speeds up to 18W of power, the same fast charging found on iPhone 8 or above. This year’s iPad Pro takes it up a notch, with a maximum theoretical power ceiling of 45W. This means substantially faster charging with the proper adapters. This also means that the newly introduced 18W power adapter included in the 2018 iPad Pro’s box isn’t the fastest method to charge your new iPad Pro. 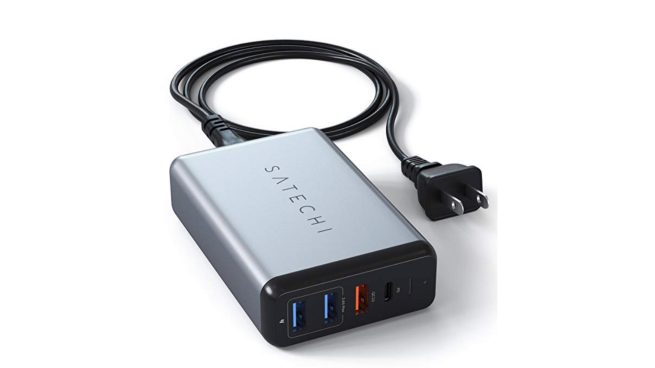 Our first pick here is the Satechi 75W travel USB-C power adapter. Not only do you get fast charging for any iPad through USB-C (whether it’s a direct C-C or Lightning to USB-C), you also get one Quick Charge 3.0 USB-A port, along with dual 2.4 amp USB-A ports. This allows your iPad Pro to charge at max speed, and also power up your other devices such as a Nintendo Switch or an Apple Watch while on the go.

If you’re looking for an adapter to just charge your iPad Pro, Anker has one that is relatively small and compact, perfect for a mobile workflow. Coming in at $26, this Anker power adapter gives you 30W of power at a fair price. In comparison, Apple’s 30W power adapter will run you $50, and that does not include a USB-C power cable.

Both adapters will work with the $329 iPad as well, you’ll just need to supply your own Lightning to USB-C cable to take advantage of fast charging.

Additional accessories to consider are the Apple Pencil and the Smart Keyboard products, whether you’re a professional artist or love to sketch as a hobby. The keyboard is absolutely essential if you plan on doing a ton of writing on a daily basis, or if iPad Pro is your main computer. For the $329 iPad, the Logitech Crayon is an easy purchase if you want the Apple Pencil (without pressure sensitivity), but still want a reliable and ergonomic stylus. 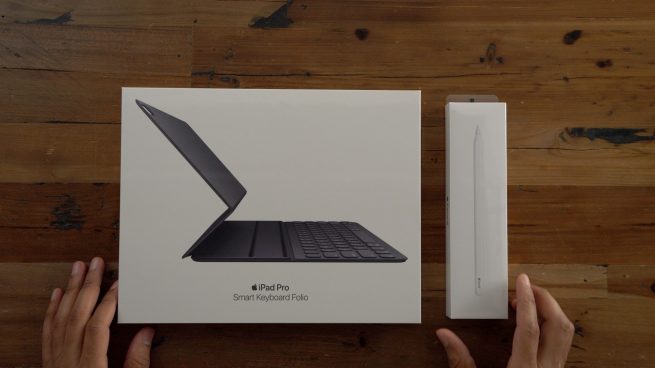 You also have non-Smart Cover stands, like this one from Viozon. This is useful in situations where you want to have an iPad permanently mounted such as in a retail space or on a desk.

If you only need an adapter every now and then, you should probably avoid getting a hub, and pick up separate dongles as needed. Friendly reminder that the 2018 iPad Pros no longer have a built-in 3.5mm audio jack, so you’ll need to get a dongle if you want to use your wired headphones. Generally speaking, Apple’s own adapters will work just fine in these cases, and are priced relatively well.

Check out some other gift ideas below: