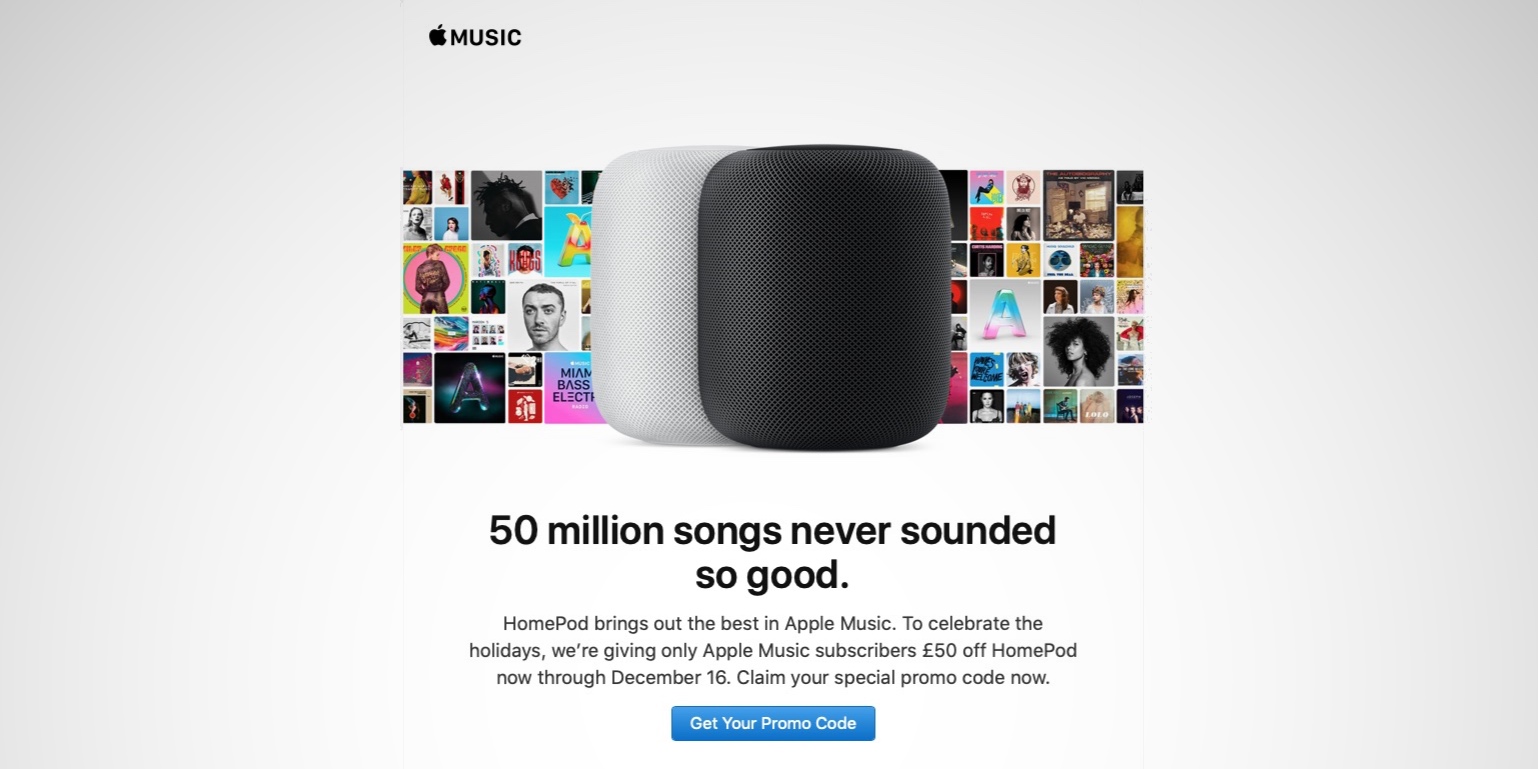 Apple is currently sending out emails to Apple Music subscribers with promo codes to buy a brand new HomePod with a significant discount. So far, UK customers are receiving codes worth £50, bringing the price of a HomePod down to £269 direct from Apple.

A £50 discount beats average eBay prices. Some third-party outlets are selling HomePod as low as $250 and we’re seeing it for even less at 9to5Toys, so the deal isn’t unprecedented, but represents a significant discount from Apple itself. It’s not yet clear if Apple will also be sending out these emails to other regions like the US.

Obviously, Apple is only offering this promotional code to people who have tried Apple Music at some point in time. However, if you can find a promo code from a friend, the codes seem to be accepted on the Apple Store checkout without discretion.

So far, we have only found codes applicable to the United Kingdom, but the company will likely be sending out more emails over the next few hours.

The codes are valid through December 16, so you only have a few days to take advantage of the deal. Hopefully, Apple also offers these codes to United States and customers in other countries.

Long story short, if you get an email from Apple asking to ‘Get Your Promo Code’, it’s a rare case of a legitimate deal and not some kind of phishing attack.