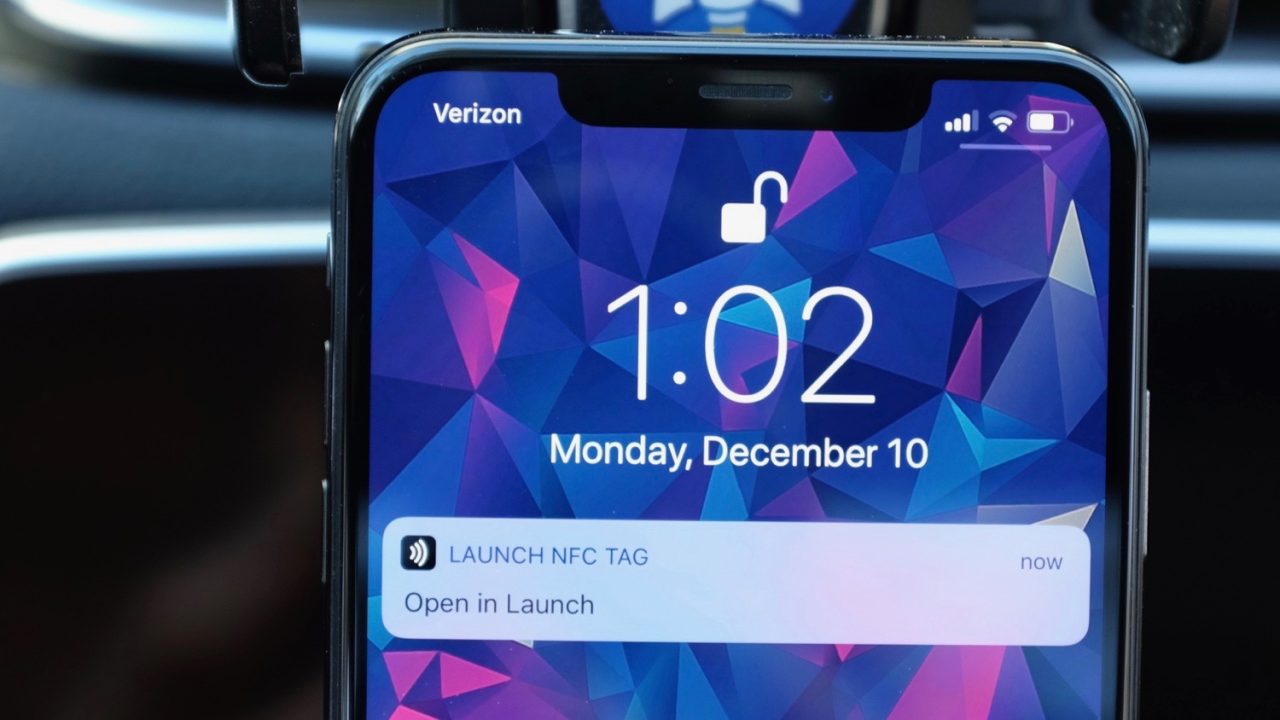 Contrast, the company which just released the excellent new app Weather Up, has today pushed a major update to its popular Launch Center Pro utility. The update brings the app to version 3.0 and includes a host of new features, such as NFC Triggers, “True Black” mode, Siri Shortcuts integration, and more.

Essentially, the idea is that you place a Launch Center Pro sticker somewhere, and when you sit your iPhone on it, a certain action is triggered in the app. For instance, you could place a sticker in your car that pulls up directions to the next calendar event and starts playing a podcast.

NFC Triggers are supported on the iPhone XR, iPhone XS, and iPhone XS Max. iPhone 7 and newer can use in-app NFC scanning for the functionality.

Contrast is also making changes to how it monetizes Launch Center Pro. Starting today, Launch Center Pro is a free download on the App Store. Users who have already paid for the app will retain all of the features they’ve paid for, and get access to certain new features and bug fixes, performance improvements, and more.

Going forward, Launch Center Pro will offer a $9.99 per year subscription that unlocks access to all features. If you don’t want to go the subscription route, there is also a $30 in-app purchase to unlock all features, as well as the ability to purchase features individually. For instance, you can purchase the NFC Triggers functionality for $4.99.

Launch Center Pro version 3.0 is available on the App Store for download now.