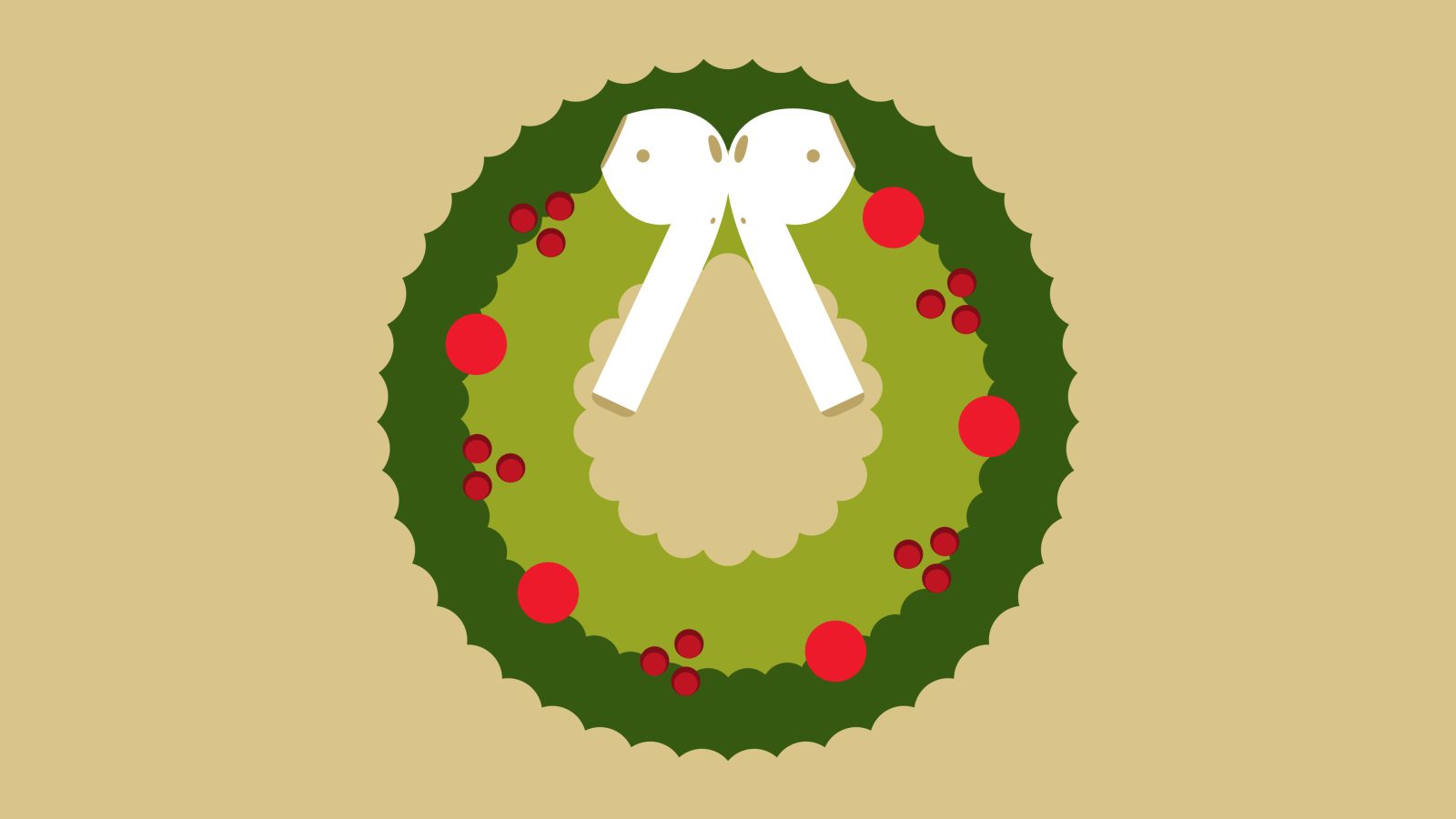 Apple’s truly wireless earbuds AirPods seemingly won Christmas this holiday season, in more ways than one. Worldwide, customers were faced with stock shortages in the run-up to the holidays with AirPods demand so strong. They are believed to be one of, if not number one, item on people’s gifting wish lists.

Despite first launching in late 2016, Apple also managed to capture the attention of social media with a flurry of AirPods memes springing up. In fact, ‘AirPods for Christmas’ ended up being a trending topic on Twitter on December 25 ….

AirPods have been a strong seller for Apple since their release, but it seems to have surged this holiday season in particular. It seems like a lot of customers still see the AirPods as a ‘new’ item, even if they are — in reality — as old as the iPhone 7.

When the AirPods were introduced, they became an instant meme of mockery. People laughed at how funny they looked; cigarette butts in your ears was a common refrain. This week, AirPods are back in meme status, but for the entirely opposite reason. This holiday season, they are practically a fashion item. 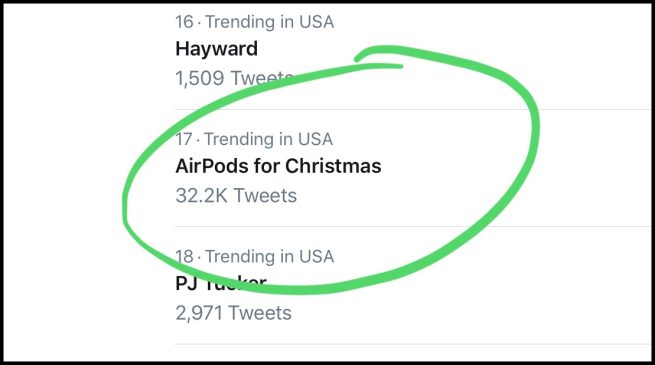 Twitter was deluged with thousands of tweets starring AirPods-related humor, with varying themes, although almost all pitted AirPods as a status symbol of desire rather than something to mock. The tweets generally made jokes about how people with AirPods are somehow elevated into higher social classes, with many references along the lines of ‘I got AirPods now I’m the CEO’.

Top ten richest people in the world
1. Airpods owners
2. People who say "let's get this bread"
3. People with "💸💰" in their bio
4. Some Amazon CEO or something

The implication is that people are buying these things just to show off, but it’s not like AirPods cost a fortune. $160 isn’t cheap by any means, but it is not that exorbitant for wireless headphones. As the best memes are, you can’t explain them with logic. They don’t make sense, which is part of their comedic value.

Many tweets poked fun at people with Beats for being ‘broke’ (quote unquote) and not owning AirPods, yet most of the Beats line actually cost more than AirPods do. I also saw several people saying something to the effect of ‘f*** Apple, AirPods suck, I’m buying Beats’, clearly unaware that Beats is an Apple subsidiary.

The fashionability was highlighted with this tweet mocking people that have AirPods but own older iPhones of the ‘home button generation’, garnering in excess of 150,000 likes and 30,000 retweets.

If you got AirPods but still a home button , you basically just put some rims on a 1997 Honda

The funny thing about this analogy is that the ‘1997 Honda’ includes the home-button adorned iPhone 7, which actually are as ‘old’ as the AirPods are. It’s just the kind of dumb fun that Twitter is great for.

Y’all fw my background color or should I change it to something different? pic.twitter.com/ubLqxLeHV6

My personal favorite was this thread of people simply tweeting pictures of their home screen with the AirPods battery status card overlaid. Showing off that you own AirPods in a creative manner was enough to earn this tweeter thousands of likes and retweets of engagement, despite not even using the keyword ‘AirPods’ in the tweet text. There’s just something comical about someone subtly bragging that they have joined the AirPods bandwagon.

Me: *walking into a bar*

Me: *puts in my AirPods*

There was also this example of someone using AirPods with an Android phone (with a doctored screenshot). In classic iPhone vs Android fashion, this caused some controversy as pithy Twitter judged the use of combining devices from different brands.

As long as you interpret these tweets as light-hearted fun, and not borderline bullying, AirPods for Christmas was a hilarious Christmas Day online event. It’s incredible that a two-year-old product made such a mainstream impression, seemingly out of nowhere. A rare crossover of Apple’s cultural impact — and Twitter at its best. Plain and simple fun.

(And if you are feeling AirPods jealous, you can always give your EarPods to your dog.)