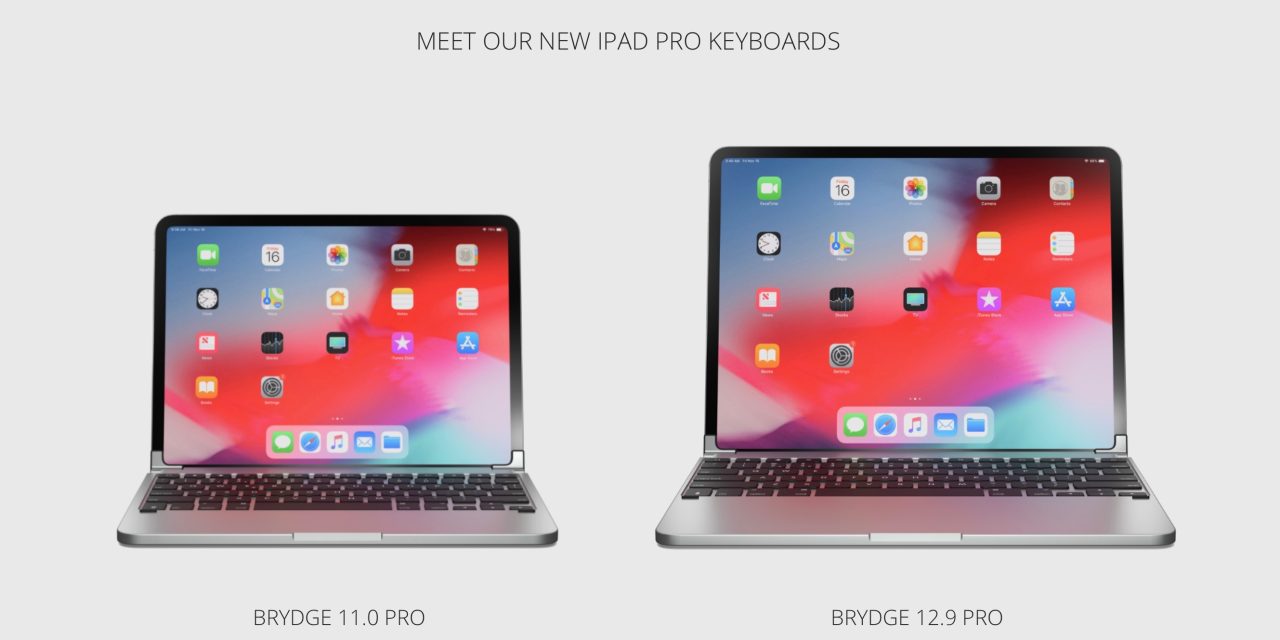 Following the launch of the new iPad Pro models back in November, accessory maker Brydge teased the release of its popular keyboards for the new devices. Now, Brydge is officially making its new Brydge 11.0 Pro and Brydge 12.9 Pro available for pre-order.

For those unfamiliar, Brydge has become a popular alternative to Apple’s own Smart Keyboard accessories for the iPad Pro. Brydge’s designs are very MacBook-like, featuring a high-grade aluminum body with a full keyboard. The keyboard also features dedicated iOS keys.

Brydge has made several notable enhancements to its keyboards for the new iPad Pros. First off, there is a new “tablet mode.” This allows you to completely fold the iPad back onto the keyboard:

Whether you’re taking notes, drawing or reading an iBook, Tablet Mode allows you to completely fold the iPad back onto the keyboard to create a seamless tablet experience.

There’s also a new “movie mode” that holds your iPad at an angle for an “unrestricted experience.”

One major improvement is the addition of USB-C connectivity. This means you can charge the keyboard itself and type while connected to the iPad Pro’s built-in USB-C port.

Lastly, Brydge is also including a new snap-on magnetic cover that protects the back of your iPad while on-the-go.

If you pre-order today, Brydge says orders still start shipping in “early spring.” What do you think of the Brydge keyboards for the new iPad Pros? Let us know down in the comments.