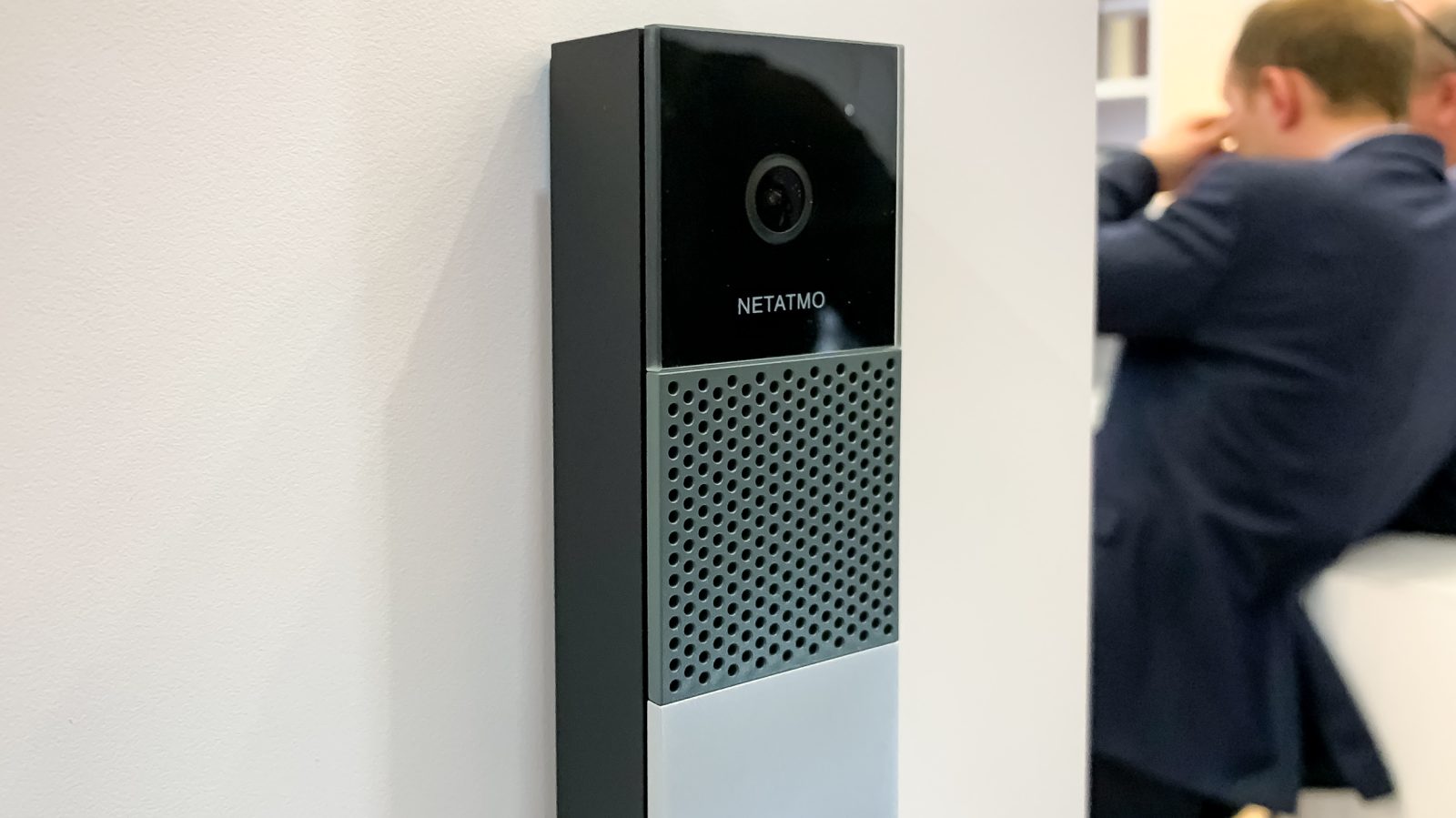 Smart doorbells have eluded the HomeKit community since its inception, continuously promised but never delivered. At CES 2019, Netatmo may finally be ready to offer a solution. We took a hands-on look at what the company is calling the world’s first HomeKit-compatible doorbell.

The Netatmo Smart Video Doorbell has a compact, modern design with a sturdy build and clean lines. The device is small and inconspicuous enough to work well on the exterior of most homes.

The face of the doorbell is divided into three sections: a 1080p HDR camera, a speaker, and a call button. Pressing the call button (which has a very satisfying click) will both ring a chime and send an alert to iPhone via Netatmo’s companion app. If you choose to accept the video call, you’ll immediately see a live feed of who is at your door. Our demo was held in a noisy environment, but the speaker and microphone quality seemed adequately loud and crisp. Video streamed without noticeable lag.

The doorbell also includes people detection, meaning that you can be immediately alerted if there’s someone loitering in front of your home while you’re away. Through your iPhone, you can broadcast your voice to the doorbell’s speaker at any time. 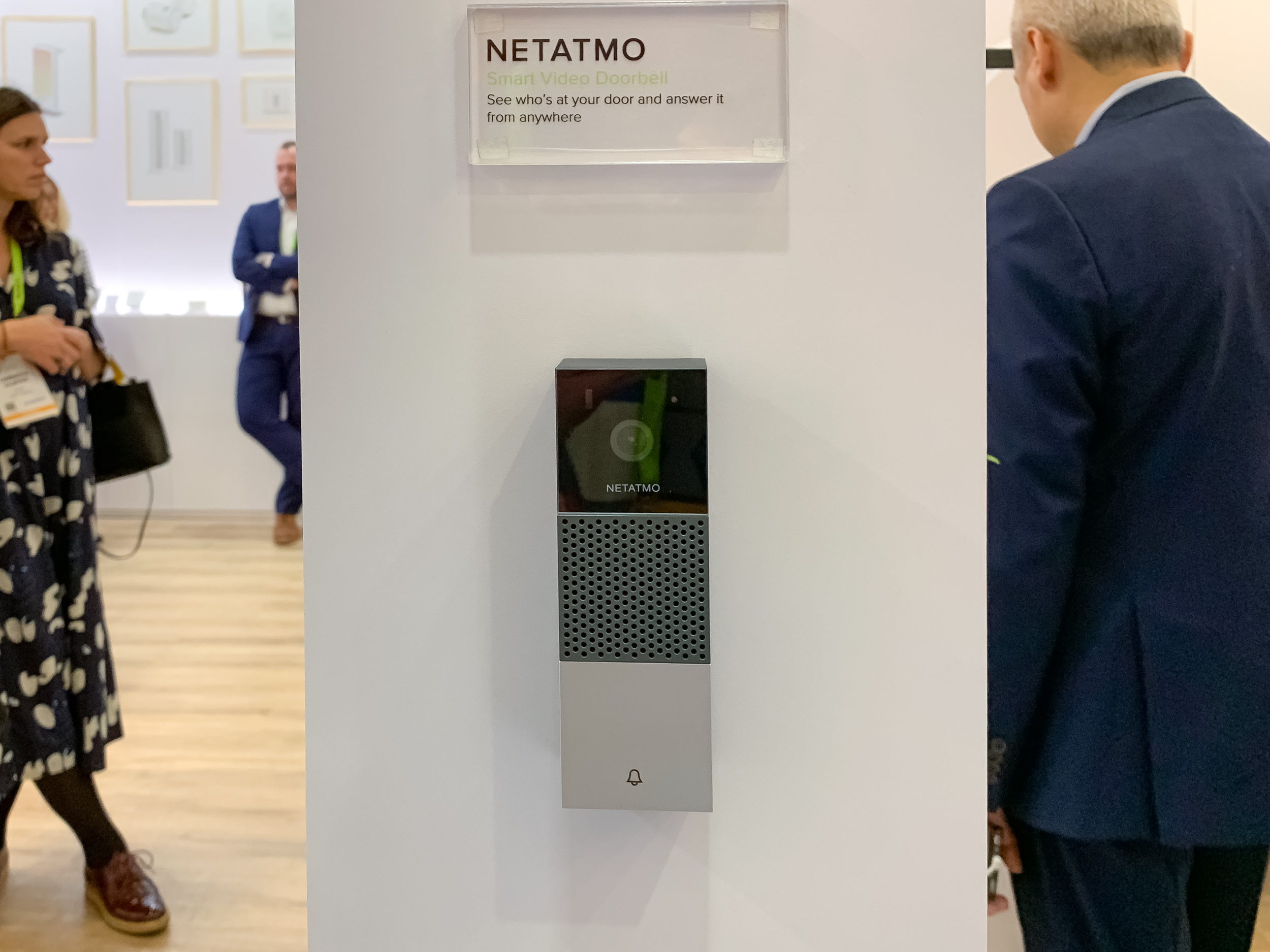 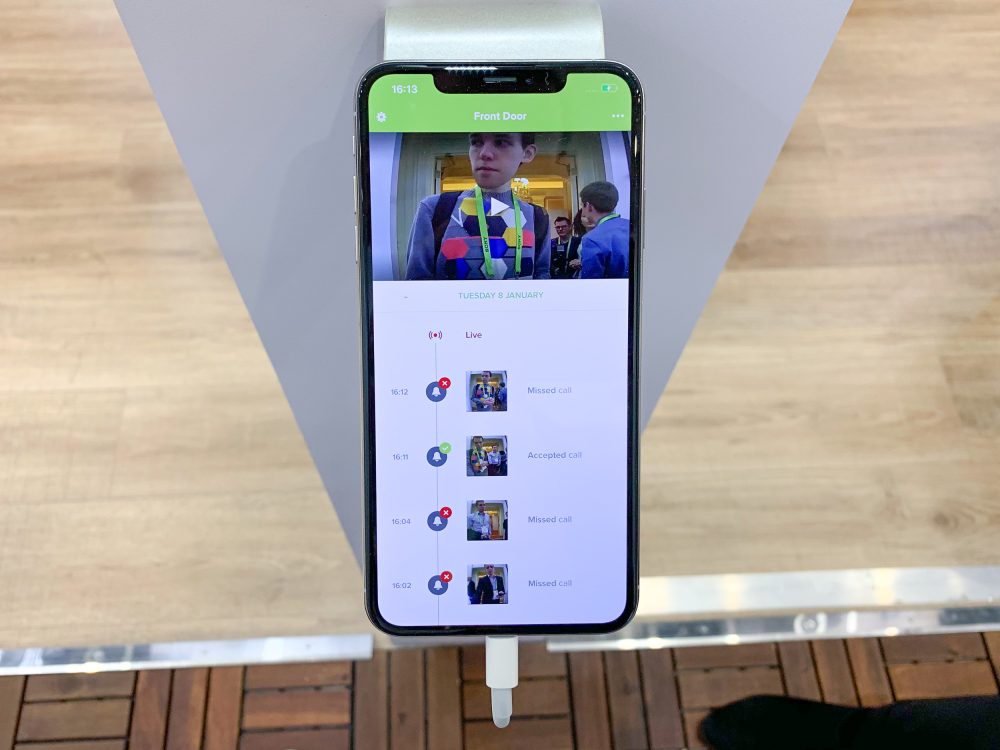 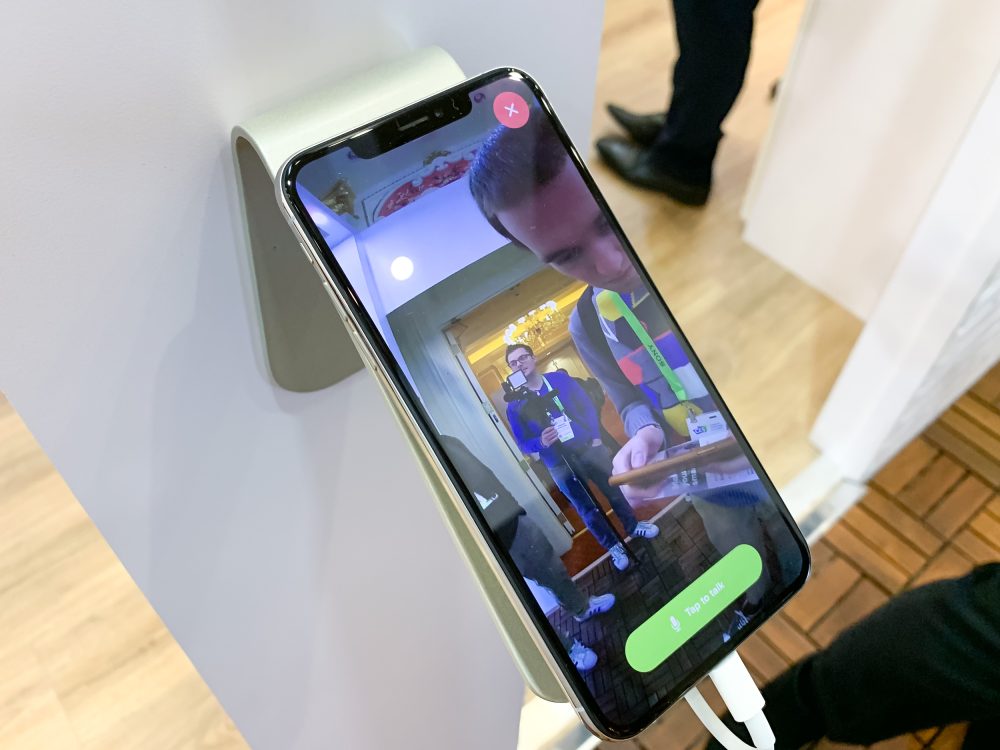 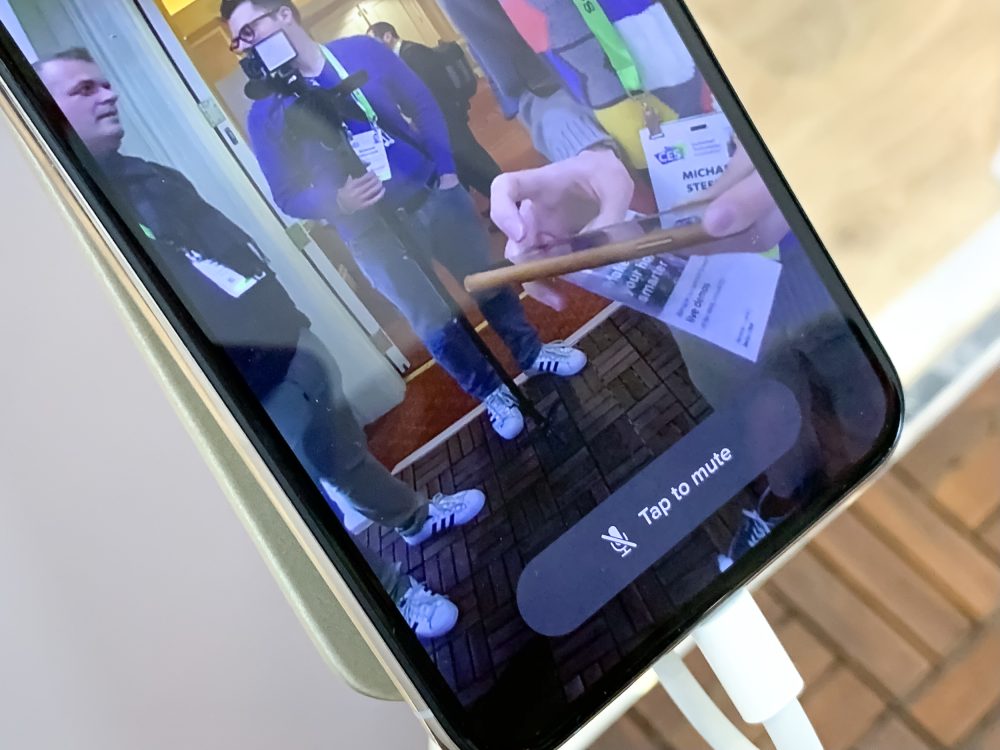 Netatmo’s HomeKit integration means that you can use Siri to control the doorbell as well. The unit we tried was running a special limited demo version of Netatmo’s software, but the company promises you’ll be able to say something along the lines of, “Hey Siri, check my doorbell,” to instantly stream video from the device’s camera. Recordings you save from the doorbell are stored on a microSD card rather than in the cloud, meaning that you won’t need to pay Netatmo ongoing storage fees.

If you’re already familiar with the Netatmo Security app for iOS, you’ll be pleased to know that the upcoming doorbell will function within the same parameters at launch. A specific release date and pricing have yet to be released, but availability is estimated for the second half of 2019. In the meantime, Robin Telecom is also promising the debut of a HomeKit doorbell. It remains to be seen which will launch first. 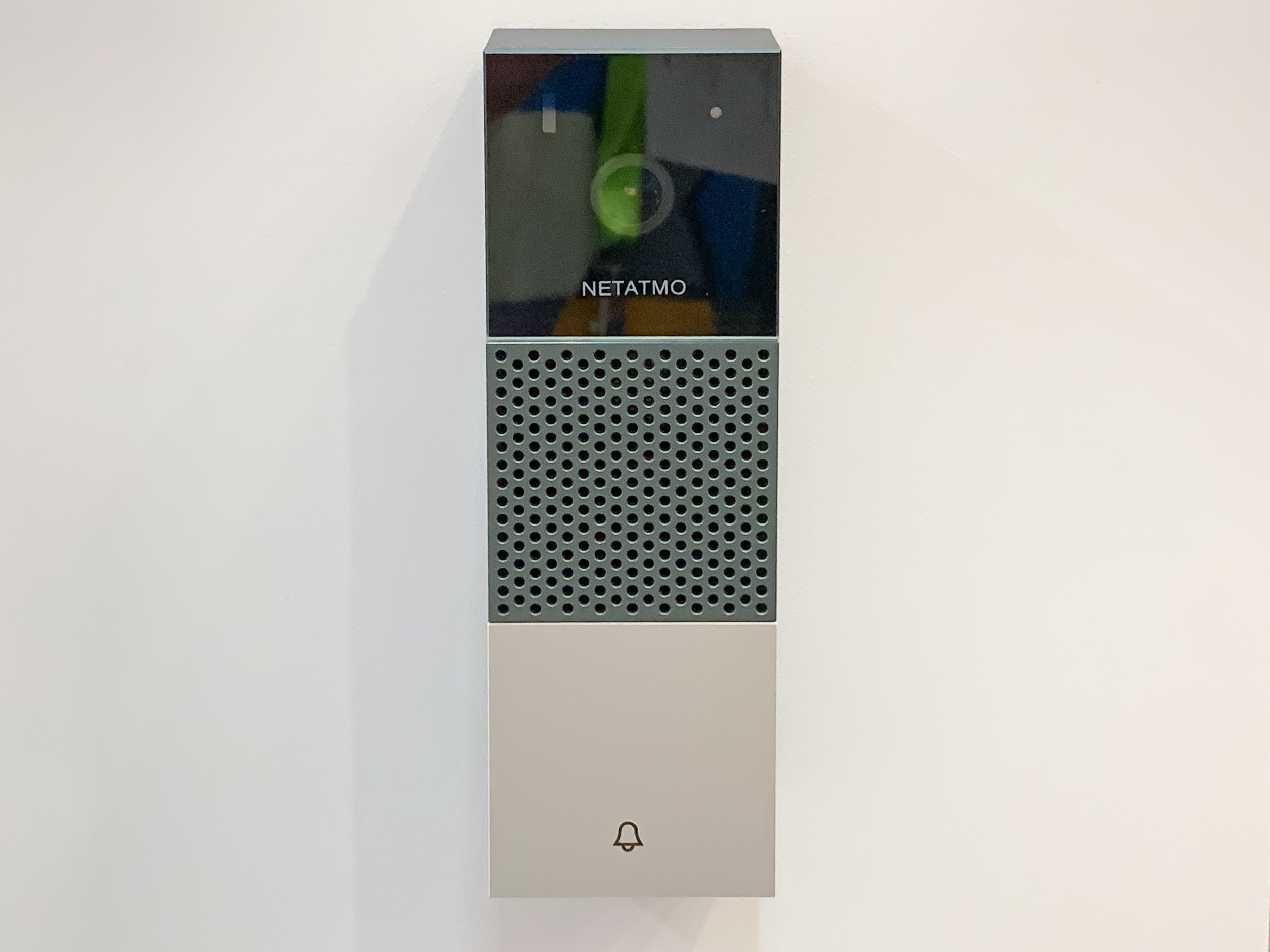