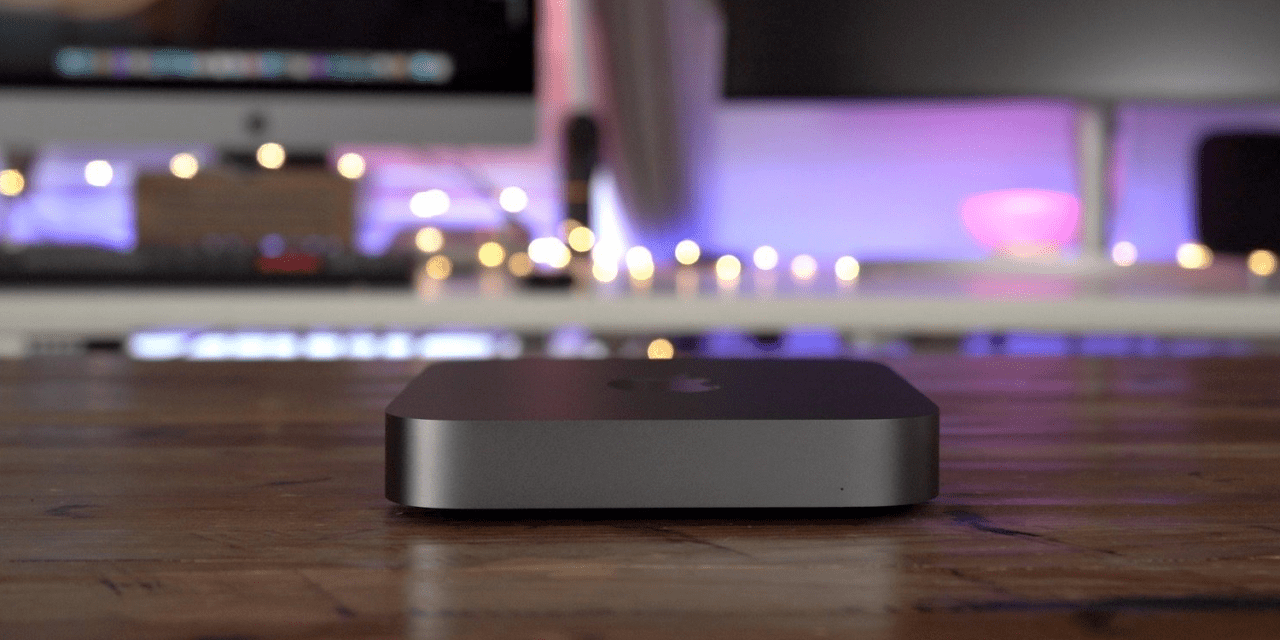 Ahead of Apple’s fiscal Q1 2019 earnings call in a few weeks, Gartner today is out without its look at the PC industry during the holiday quarter. According to Gartner, worldwide PC shipments fell 4.3 percent during calendar Q4 2018.

Gartner says total PC shipments hit 68.6 million units during the quarter, which is down 4.3 percent compared to Q4 2017. Mikako Kitawgawa, senior analyst at Gartner, attributed the slowdown to a shortage in CPUs:

Gartner also notes that “political and economic uncertainties in some countries” also had a negative impact on PC shipments during the quarter. While not directly mentioned, this seems to be a reference to the ongoing trade dispute between the United States and China.

In terms of company performance, Lenovo was the top manufacturer for the quarter worldwide, securing 24.2 percent of the market on shipments of 16.63 million units. HP marketshare fell by 4.4 percent, while Dell saw a 1.4 percent increase in shipments.

Coming in at fourth place, Apple shipped 4.9 million units worldwide during the quarter, down from 5.1 million in Q4 2017. On the bright side, Apple’s market share did increase slightly from 7.1 percent to 7.2 percent. In the U.S. specifically, Gartner estimates Apple shipped 1.76 million units, down 2.1 percent YOY.

Interestingly, Apple’s decline comes despite the introduction of the all-new MacBook Air and Mac mini in November.

Of note, Gartner’s estimate of Mac shipments becomes ever-more important this quarter and going forth. This is because Apple itself will no longer report unit sales for the Mac. Apple originally announced this change last quarter, saying unit sales are not the best indicator of its business anymore. 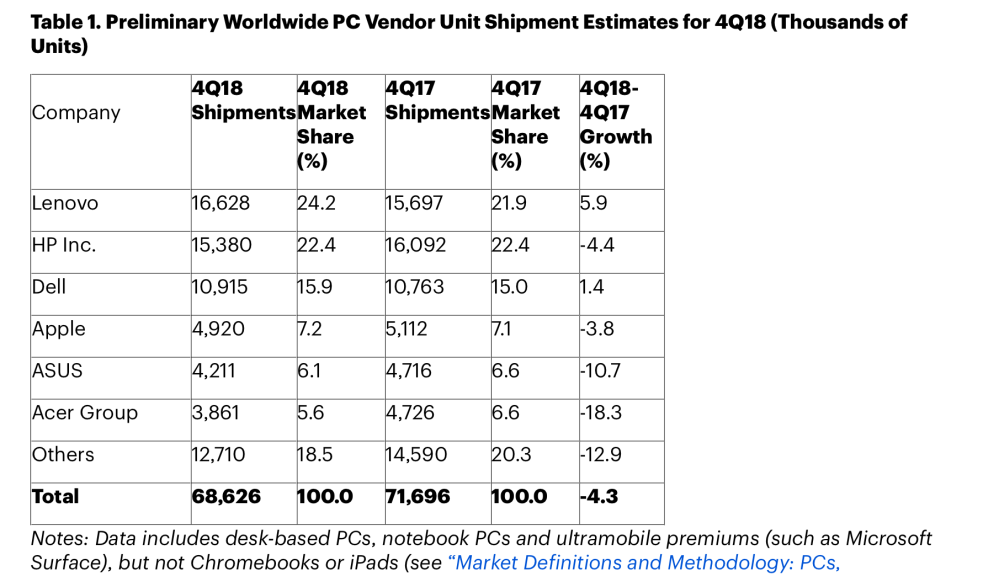