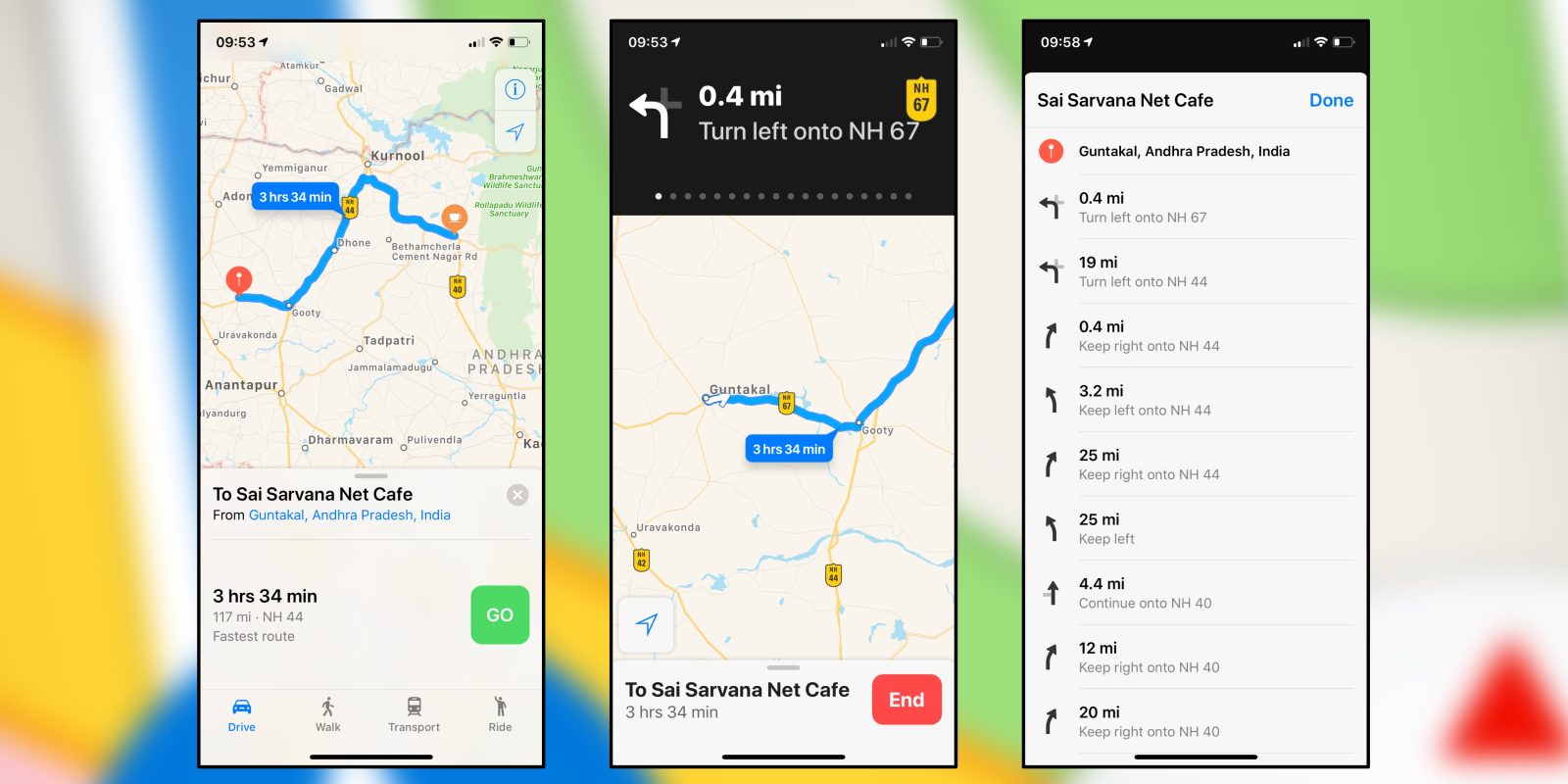 Apple today launched support for turn-by-turn directions in Apple Maps for India, an emerging market that Apple has pinpointed for future growth potential.

Now, Indian iPhone customers or tourists can get precise routing throughout the country. Apple also launched support for ride-hailing apps Uber and Ola, so you can request rides from inside of Maps using the two biggest taxi app in India.

Apple has a thousands of employees at its Indian offices, who are all focused on improvements to the worldwide Apple Maps service.

You could always download a third-party maps app on the App Store, but features like proactive alerts, or Apple Watch navigation, are best offered by Apple Maps. Disregarding quality of source data, many people prefer to use Apple Maps thanks to its prettier, cleaner, ad-free, user interface.