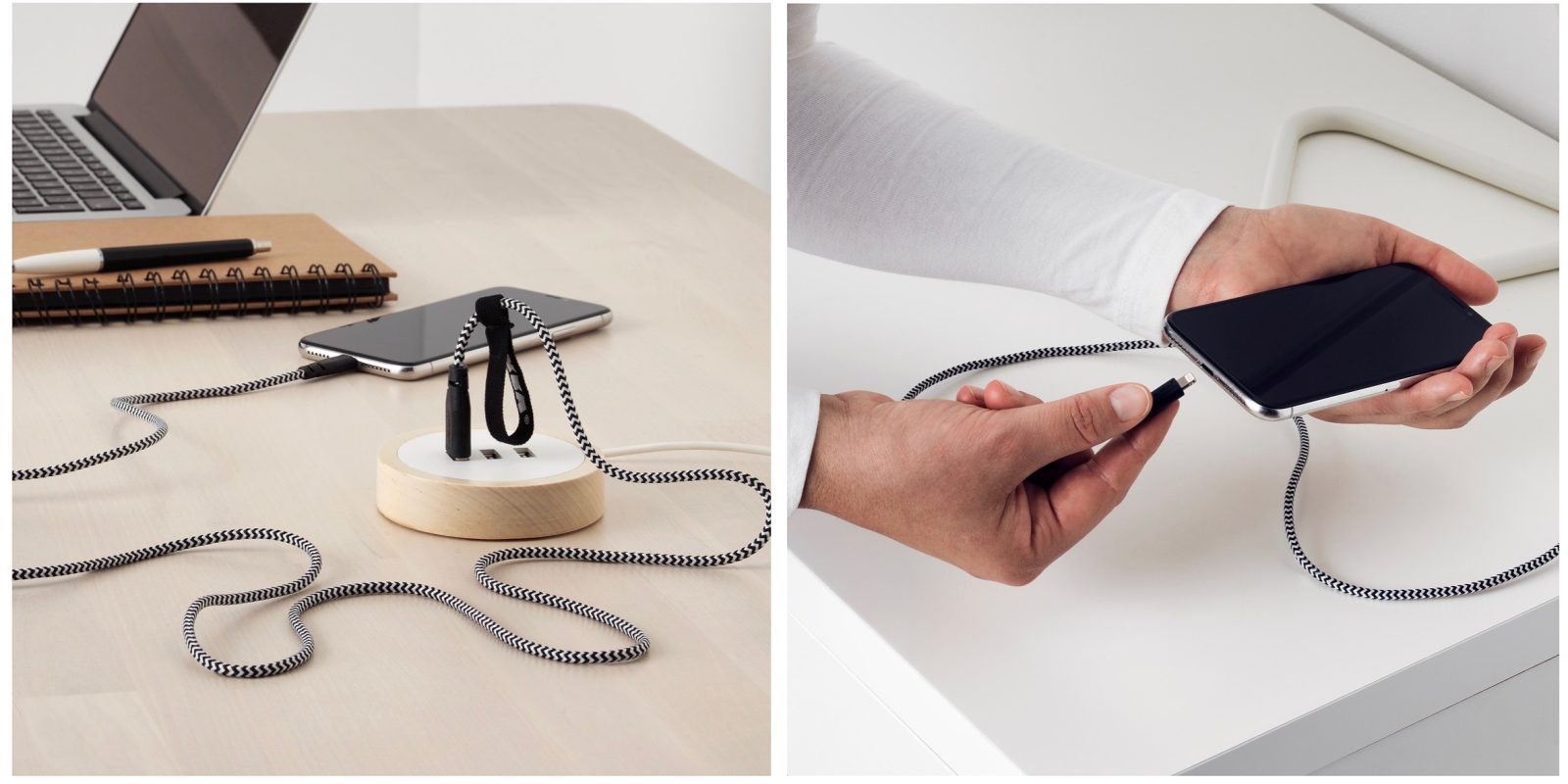 Ikea is out with another Apple accessory, this time a braided nylon MFi Lightning cable at an affordable price. This latest release comes after news about the company launching its HomeKit smart blinds that are priced well below other manufacturers and will be arriving in the US soon.

So far, the new MFi Lightning cable is only available in Sweden, but as Ikea often does, it could roll out to the US and other markets. The Lightning cable is part of the same Lillhult product line as the USB-C to USB cable Ikea sells in the US. But there’s no word on a wider release at this point.

The new MFi cable is made from a braided textile that gives it the look (and presumably feel) of other products like Native Union’s Lightning cables, but at a much lower price. Converted from 79 Swedish krona, Ikea’s MFi Lightning cable is roughly $9 with a 1.5m (5 foot) length.

We’d love to see not only this Lighting cable land in the US and other markets, but Ikea start to offer Lightning to USB-C cables like Belkin and other third-parties.

Other Apple related Ikea news in addition to the April arrival of HomeKit blinds in the US for around $100 was the company’s smart plug landing at just $10. It was originally slated to ship with HomeKit support, but has be delayed for now.