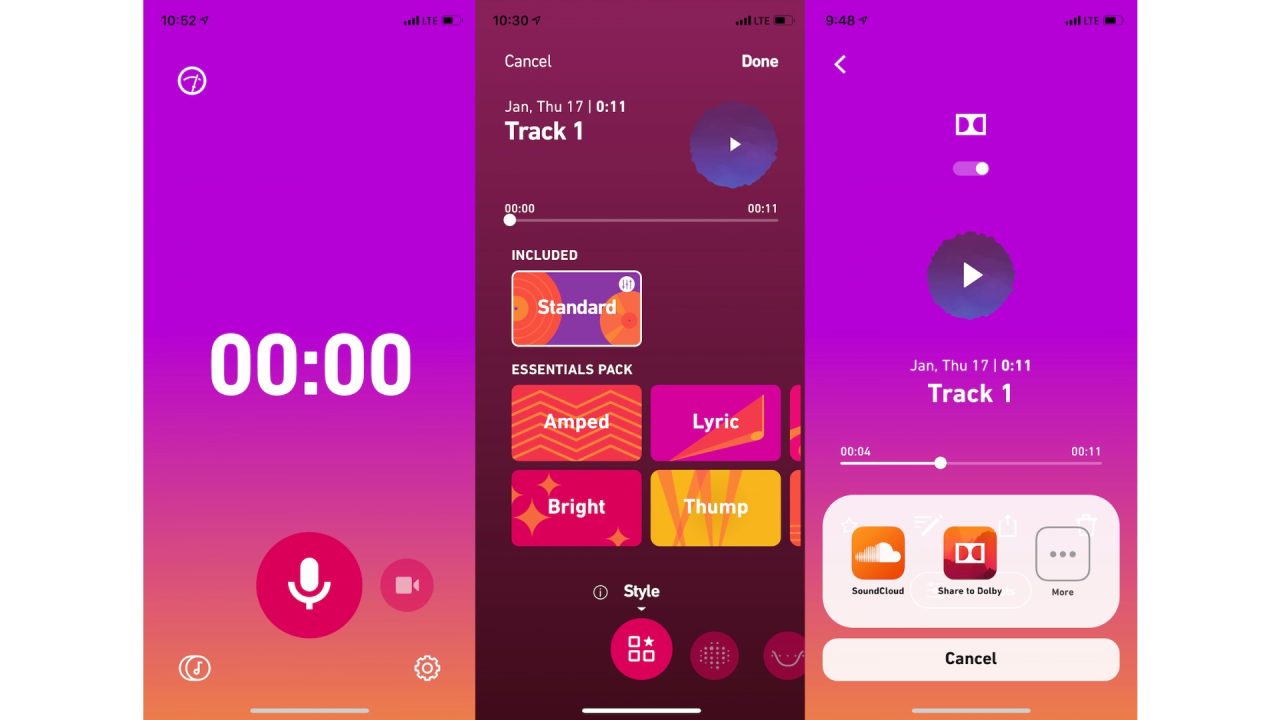 Popular audio technology brand Dolby, most known for products such as Dolby Atmos and Dolby Cinema, has been secretly building a mobile augmented audio production app.

According to TechCrunch, the app will measure and cancel out background noise before you start recording. Codenmaned “234”, previously Dolby Live, the app is hoping that it can take some users away from popular audio sharing platform SoundCloud.

Similar to other audio production apps, users are able to buy separate plugins for the app, modifying the input audio with EQ. From there, users can share their recordings to third-party applications such as SoundCloud.

Users can also buy “packs” of audio effects to augment their sounds with EQs settings like “Amped, Bright, Lyric, Thump, Deep, or Natural”. Recordings can then be exported, shared to Dolby’s own audio social network, or uploaded directly to SoundCloud through a built-in integration.

234 is Dobly’s first attempt at a mobile app and the first time it’s putting its technology in front of customers, instead of integrating it into other manufacturer’s devices.

According to the report, Dolby has been testing 234 since at least June. There’s even a website you can visit to sign up to test 234, despite there not being an official announcement for the product yet.

TechCrunch was able to get early access to the app and says that the app feels “polished and intuitive with a lively feel thanks to the Instagram logo-style purple/orange gradient color scheme.”

The audio effects have a powerful impact on the sound without being gimmicky or overbearing. There’s plenty of room for additional features, though, like multi-tracking, a metronome, or built-in drum beats.

Posting to social media seems pretty easy as well. However, this seems to be targeted to non-music audio creators such as podcasters or voice over professionals.

For musicians posting mobile clips to Instagram or other social apps, 234 could make them sound way better without much work. There’s also a huge opportunity for Dolby to court podcasters and other non-music audio creators.

Users looking to attempt to gain access to the new app can do so here.