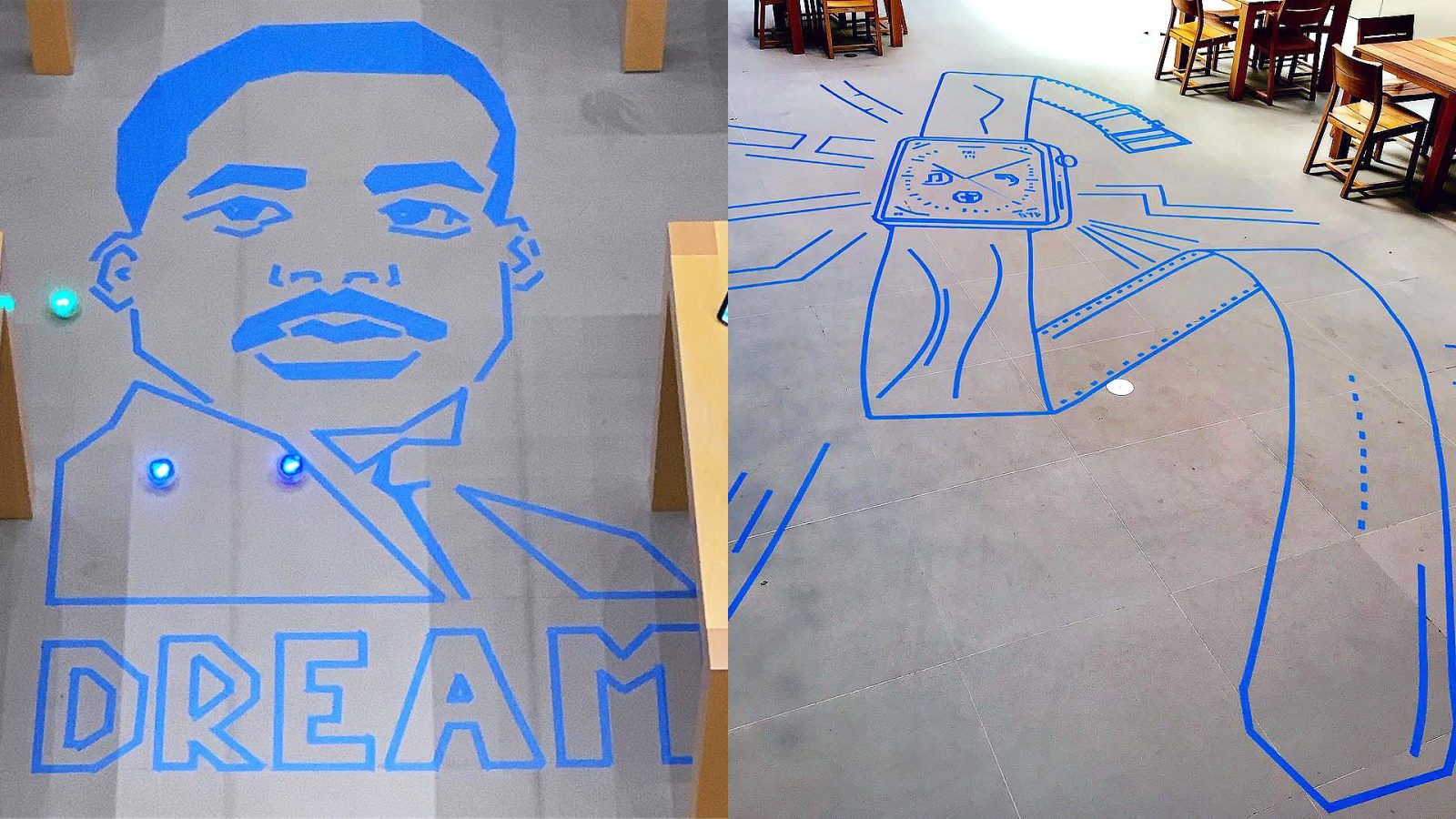 If you’ve visited any Apple store over the past few years, you’ve probably observed the tiny Sphero robots that often zoom around, piloted by children testing out iOS-connected accessories. Depending on the visit, you may have also noticed elaborate patterns constructed from blue painters tape on the store’s floor. These mazes are used as a course for the Sphero Maze Challenge Kids Hour, a popular Today at Apple session. While the mazes began with rudimentary layouts serving as obstacle courses for the robots, an increasing number of stores have turned the maze designs into a new art form that adds an extra dash of creativity.

One of the earliest examples of themed Sphero maze art posted on Instagram with the hashtag #spheromazechallenge appeared in May 2018, when a maze resembling the Star Wars Death Star was shown being navigated by the Sphero R2-D2 and BB-8 robots.

The goal of the Sphero Maze Challenge is simple but valuable: learn to code by programming movements on an iPad that navigate your robot out of the maze. Beyond Apple’s session, Sphero provides its own maze guide and even sells special maze tape as part of the Sphero Edu learning initiative.

Sphero Today at Apple sessions were kickstarted by a special Kids Hour at Apple Regent Street in 2016. When Today at Apple rolled out worldwide in May 2017, the session was added to every store and has been a favorite among educators and parents. Coding with the robots has also been a tentpole of Apple Camp.

As more and more kids try the session, Creative Pros at some stores have realized that like elaborate hedge mazes, Sphero tape can also be arranged into works of art. 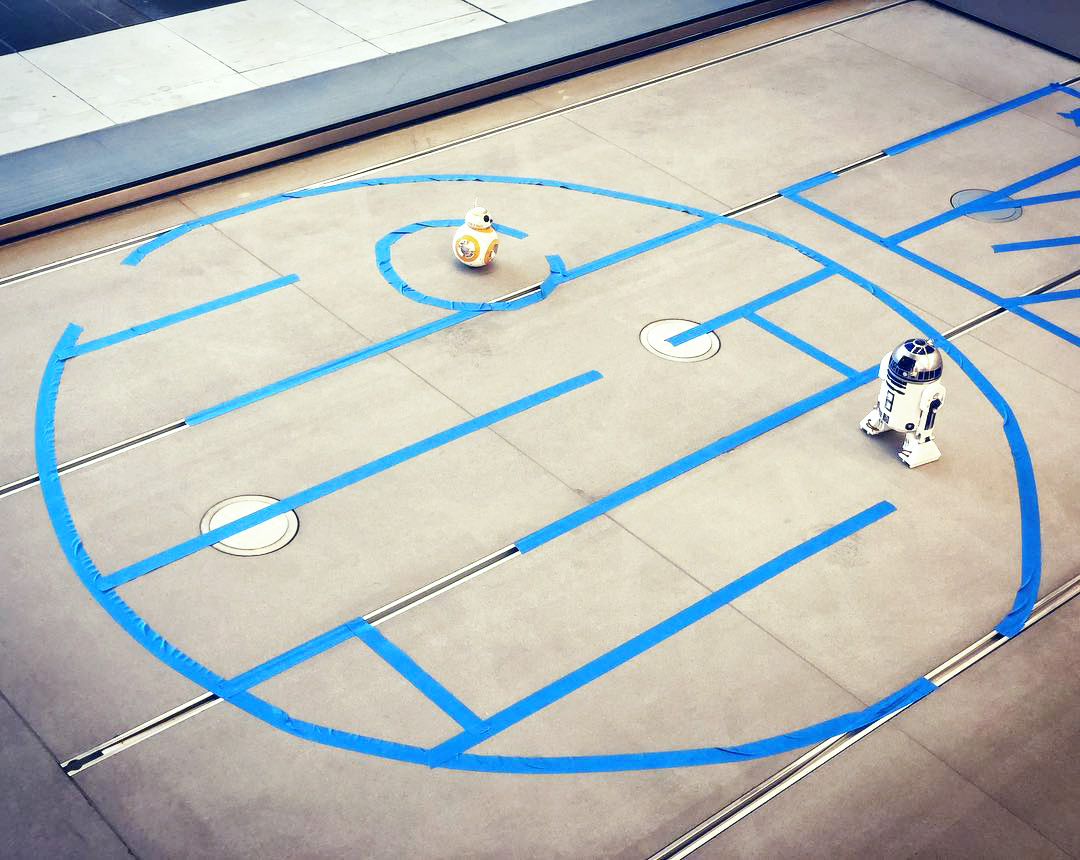 At Apple Bondi in Australia, a dinosaur, a drum set, an Apple Watch Series 4, and even the Sydney Opera House have been created on the store floor. Stop in to Apple Amsterdam and you may see the likeness of The Empire State Building, Big Ben, Elvis, or even Martin Luther King Jr. all expressed in blue tape.

Sphero maze art is a great example of the kind of accidental creativity that Today at Apple sessions can spark. It’s also a great use of an existing medium to create an experience that’s more engaging, thought-provoking, and enjoyable for both session attendees and store visitors. I’ve enjoyed following new maze creations on Instagram over the past few months, and you can do the same. 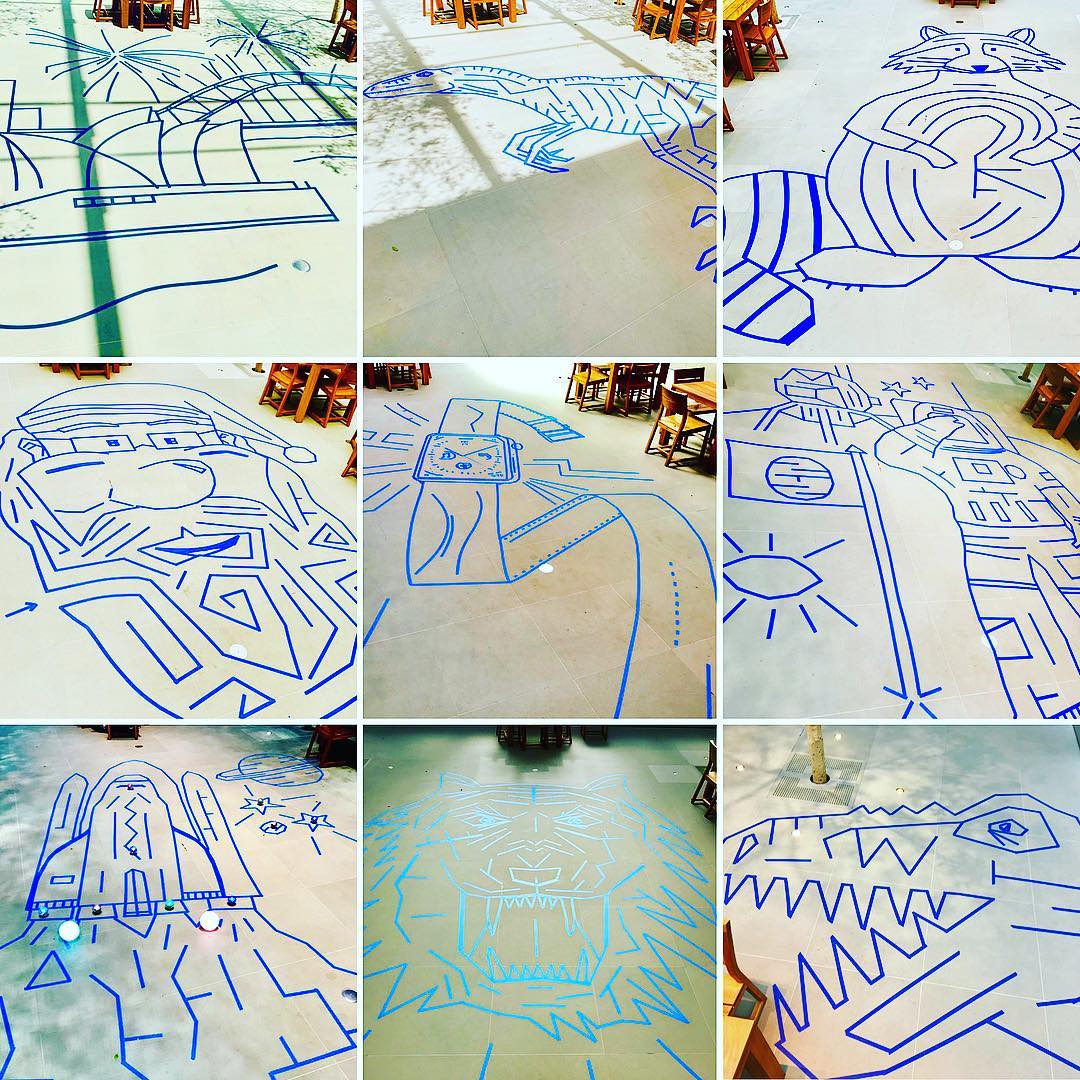 Hopefully we’ll see more stores embrace these inventive takes on Today at Apple soon, as 60 new sessions will begin to roll out shortly. New photo, video, music, and art walks offer opportunities for not only Creative Pros, but session attendees to shape the future of session content. I can’t wait to check out some of the new offerings for spring and see what’s in store. 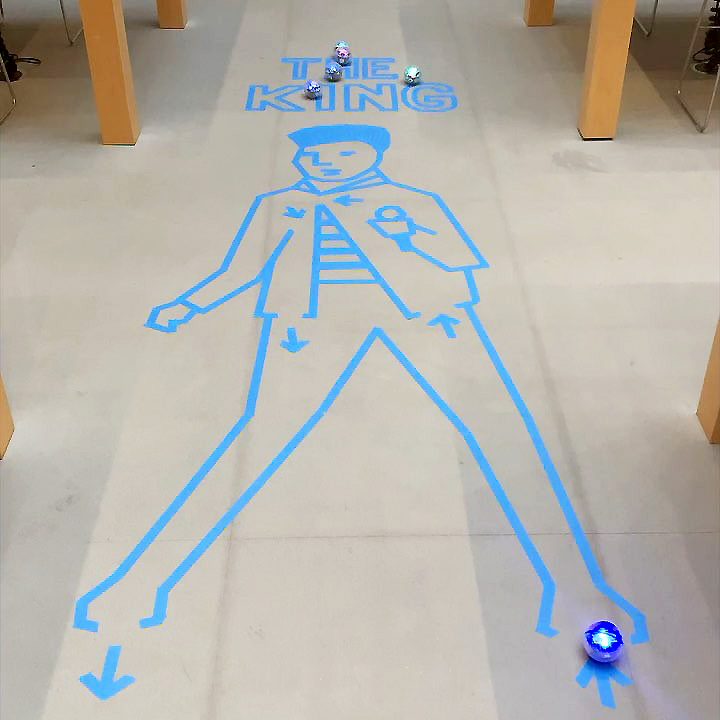 If you spot something interesting or attend a great Today at Apple session, we’d love to see your photos. Follow 9to5Mac’s retail guide for in-depth coverage of the latest Apple store news.