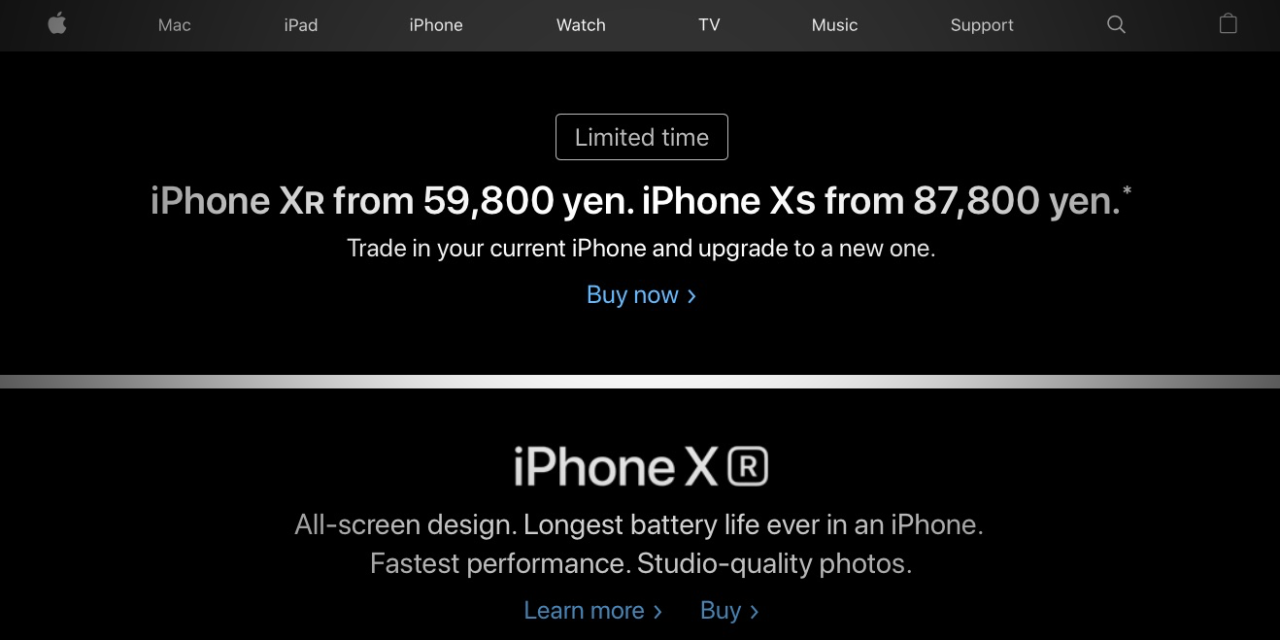 Overnight, Apple has extended its iPhone trade-in offer in Japan. Similar to the offer available in the US, international Apple customers can trade in their old iPhone at an Apple Store and get iPhone XS or iPhone XR at a discount. These deals are marketed on the Apple homepage as ‘limited time’.

In some countries, the fine print actually states an end date. When the boosted trade-ins launched in Japan in late December, it said it would end January 31. Now, the same page says the deal ends February 28 …

The change was first spotted by Arigato-iPod. The trade-in credit customers receive when handing in their phones has not changed.

Other regions have yet to change their end date. For example, the Chinese homepage T&C’s continues to report that the deal will end on January 31. As mentioned above, the US website does not (and never has) specified an end date.

The US trade-in offer differs from every other country in that customers can receive the boosted value at an Apple retail store or online. The program debuted in the US a month ahead of the international launches.

Assuming it continues worldwide through February, the trade-in scheme will have been running in the United States for at least three months.

If the offer continues into March, Apple’s definition of ‘limited time’ will be stretched further.