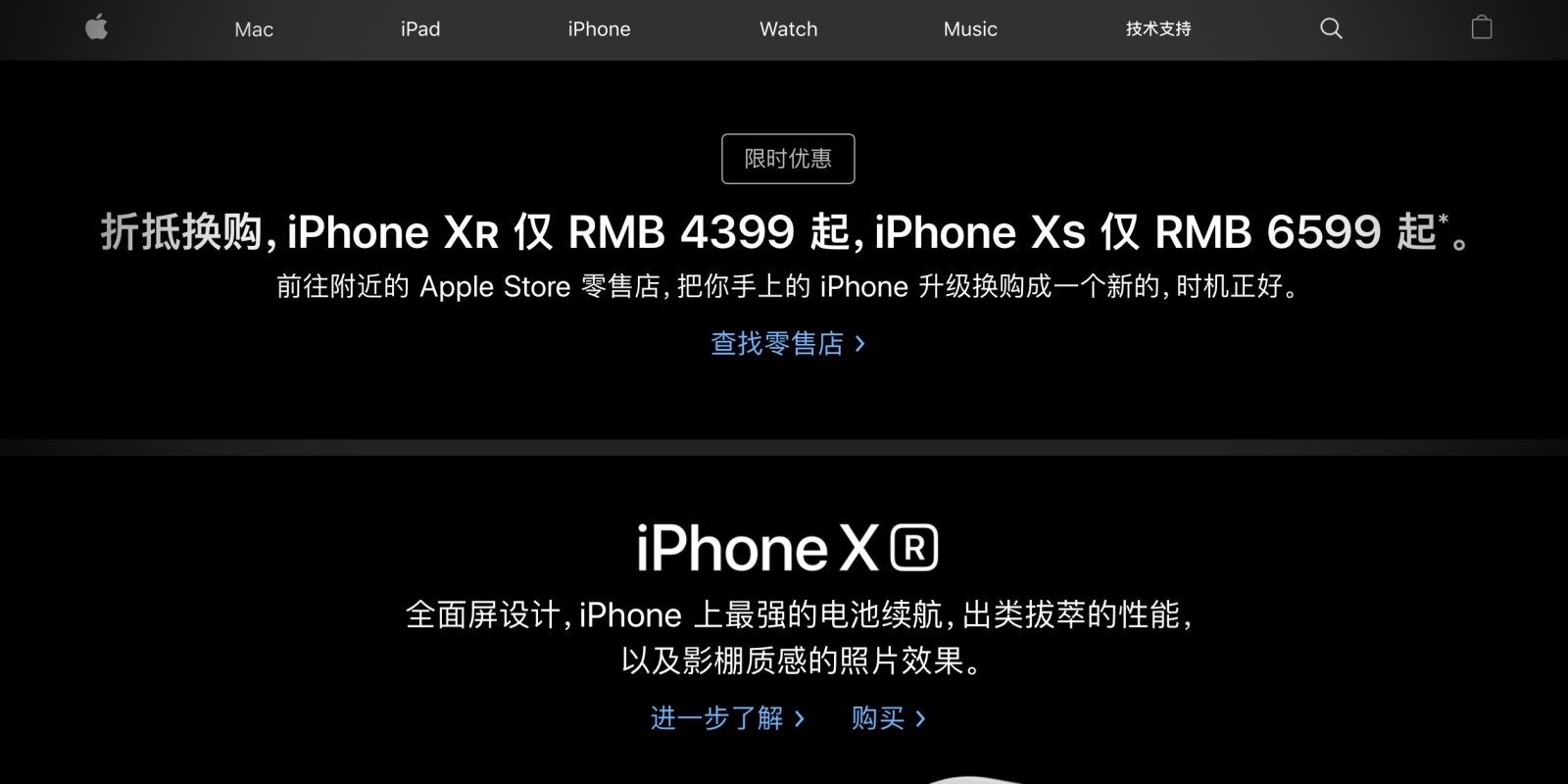 Apple has today launched a iPhone XS and iPhone XR trade-in promotion offer in China, including a prominent banner on the Chinese version of Apple.com’s homepage. The deal is similar to what we have seen Apple aggressively promote in the United States.

The boosted trade in values mean that a Chinese customer can pick up an iPhone XR for 4,399 RMB ($640), or iPhone XS for 6599 RMB ($960), when trading in an iPhone 7 Plus. Unlike the US, customers must visit a Chinese Apple retail store to take advantage of the offer.

Update: The deal is also live in the UK, Australia, Canada and other regions.

Interestingly, the small print for the deal in China actually specifies an end date of 31st January 2019. The ‘limited time’ promotion in the US does not currently say when the promotion expires.

It’s also not immediately clear why Chinese customers can only redeem the boosted discount at Apple retail; US buyers can do it online.

A similar promotion is also live in Australia today.

As always, the actual prices to upgrade vary based on the model and condition of the traded in handset. 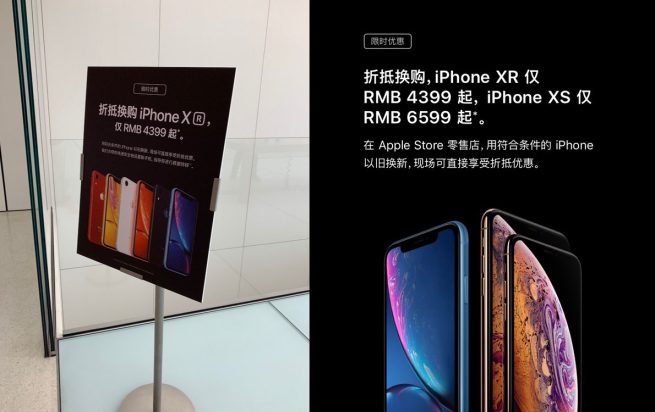 Many analysts are pessimistic on the current cycle of iPhone demand and the launch of trade-in deals has only helped to reinforce that view. This is the first year that Apple has offered such a promotion on the iPhone.

Apple stock has fallen significantly over the last month as investors fear iPhone sales are slumping, compounded by external market turbulence. Apple’s next quarterly earnings report will take place at the end of January, where Apple will officially announce revenue and profit figures for the holiday period.