Review: Winbot X – is a window-cleaning robot a step too far? [Video] 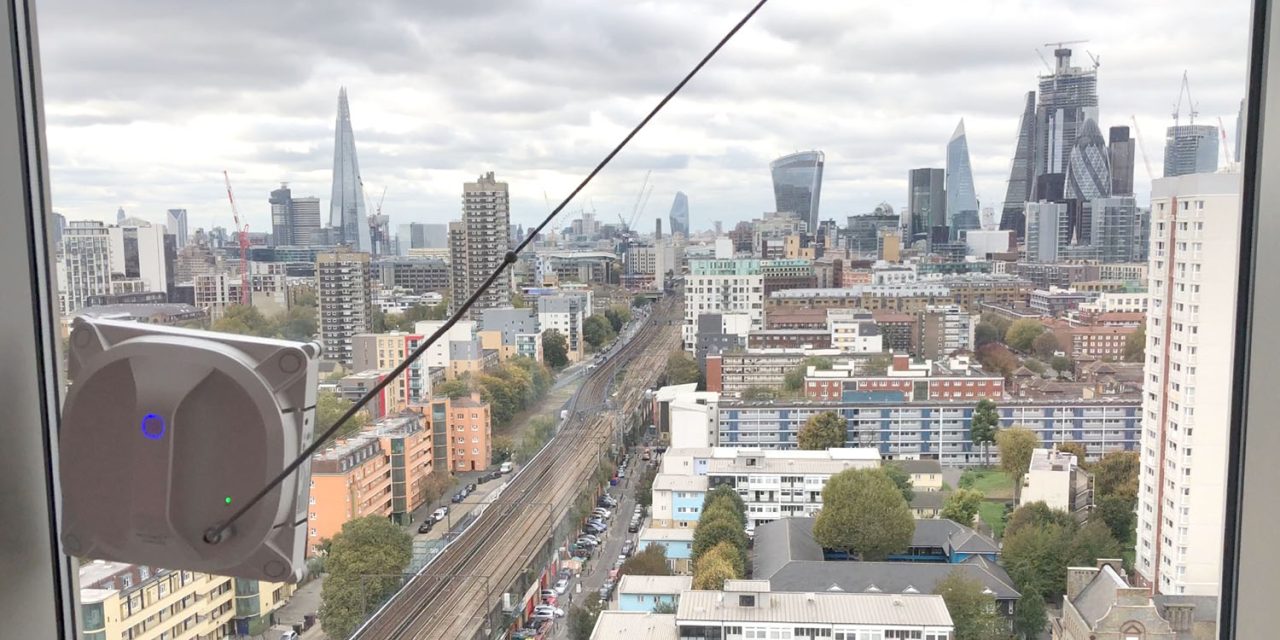 When Ecovacs saw how much I loved the Neato D7 Connected robot vacuum cleaner, it seemed an obvious pitch to try to sell me on a review of the Winbot X window-cleaning robot.

I’m not exactly a hard sell on smart home tech, given two principles to which I subscribe. First: if something can be automated, it should be automated. Second: any excuse to use a gadget …

And the Neato definitely isn’t just a gadget for its own sake. Even my partner Steph, who takes a much more pragmatic view of these things, was totally sold. Ours is programmed to clean the apartment each weekday at 8.40am, which it does very efficiently, recharging itself afterwards. Mostly all we have to do is empty the bin every couple of days, and occasionally pop out the roller to clean that. It has literally ended the need to do any manual vacuuming.

Winbot X is superficially similar. Rather than manually cleaning the windows, why not sit back and let a robot do the job? There are, however, some crucial differences.

But let’s start at the beginning …

Winbot X comes as two units. The cleaning robot itself, which is white plastic and around 9 inches square, and a smaller circular powered sucker unit around half the diameter. This is a safety feature we’ll get to shortly.

It’s a fairly industrial-looking design, but in an inoffensive way.

On the underside are two tank-style rubber treads, used to move itself around the window; a four-sided cleaning pad; and two squeegees to dry the window.

The Winbot X is pretty heavy, at almost four pounds, and it feels really unlikely that it could remain safely attached to a window under its own power – but it does, as we shall see.

To prepare it for use, you first stick the suction-mounted safety pod onto the window. When powered on, this creates a vacuum seal designed to hold it securely in place, and allow it to catch the cleaning robot itself should it become detached from the glass. It draws its power from the main unit, so there’s only one thing to charge.

You then wet the cleaning pads with the supplied cleaning solution, plug a connecting cable between the robot and the safety pod and power on the robot.

The robot has a powerful suction motor which is how it secures itself to the window. Once powered on, you can leave it to clean the window on its own.

I was rather nervous about a four pound hunk of plastic holding itself onto a window through nothing more than air suction generated by a battery-powered motor, but it worked flawlessly. It never once detached itself.

In theory, the bot can clean windows inside and out. So long as you have sufficient access to the outside of the window to place both the safety pod and the cleaning robot on the glass, all should be well. However, as we live on the 18th floor, and there are pedestrians below, I wasn’t going to risk that. I didn’t fancy the idea of setting a legal precedent by finding myself the first person in a negligent homicide trial with a robot as co-defendant. I limited use to the inside of windows.

Winbot X automatically detects the edges of windows, and figures out its own pattern to clean the entire surface. This does look a little random at first, is mostly logical once it is underway. The cleaning pads allow it to clean right to the edge of the glass.

The bot sounds a loud alarm when it has finished a window, and there’s an equally loud one if it runs low on power, or if the suction pad comes loose. More on this in a moment.

Winbot X is an impressive piece of kit. The way it sticks to glass feels quite magical, and it does a pretty decent job of cleaning without leaving much in the way of streaks. I did need to polish out a few streaks with a cloth.

The pads are said to last for 40 days of use, and you need only a little of the supplied cleaning fluid.

It’s thorough, with plenty of overlap in its tracks, yet still pretty fast – taking just a few minutes to clean a 5×4 feet pane of glass.

While I’d describe the cleaning standard as decent, it’s not perfect. You will need to follow up with a cloth, so it doesn’t entirely automate the process.

But the bigger issue is that the Winbot can, of course, only clean one pane at a time. So each time it finishes one pane, you have to remove it and the safety pod from the window, and move both to the next one. In our case, our panes are five feet high by four feet wide, and we have 18 of them in the winter garden. So that’s 18 times we’d need to attach each unit to the glass.

Even if you have a single sheet of floor-to-ceiling glass for the width of your apartment, the reach is limited by the eight feet long safety cable, so you’re still going to need to move both units multiple times. Plus you have to respray the pads when the fluid runs out.

Nor can you set it going and wander very far. The battery lasts for about 40 minutes, and of course it needs power to remain attached to the window. If you let it run out of power, you’d at best find it fallen off and caught by the safety pod. At worst, it would have swung into something and caused damage, or hit the floor and broken.

It’s also a little noisy, though quieter than I had expected.

The Winbot X costs $450. That’s not cheap, but I don’t think it’s an unreasonable price when compared to decent vacuuming robots. It’s an incredibly impressive piece of tech.

But, for me, the drawbacks are too great. By the time we’d attached it to 18 separate panes of glass, replenishing the fluid as needed, and stopping off for a recharge or two along the way (which takes two hours), it’s honestly no less trouble than washing the windows manually.

I did wonder whether the gadget effect might make it worthwhile: the novelty meaning we’d clean the windows more often just because it’s kind of fun. But in the end, I decided that effect would wear off pretty quickly.

If you have larger sheets of glass, it might make sense. For me personally, however, this is one step too far in the smart home stakes.

You can see a short (1m 20s) video showing Winbot X in action below.