Gmail for Android and iOS revamped with Google Material Theme, rolling out now 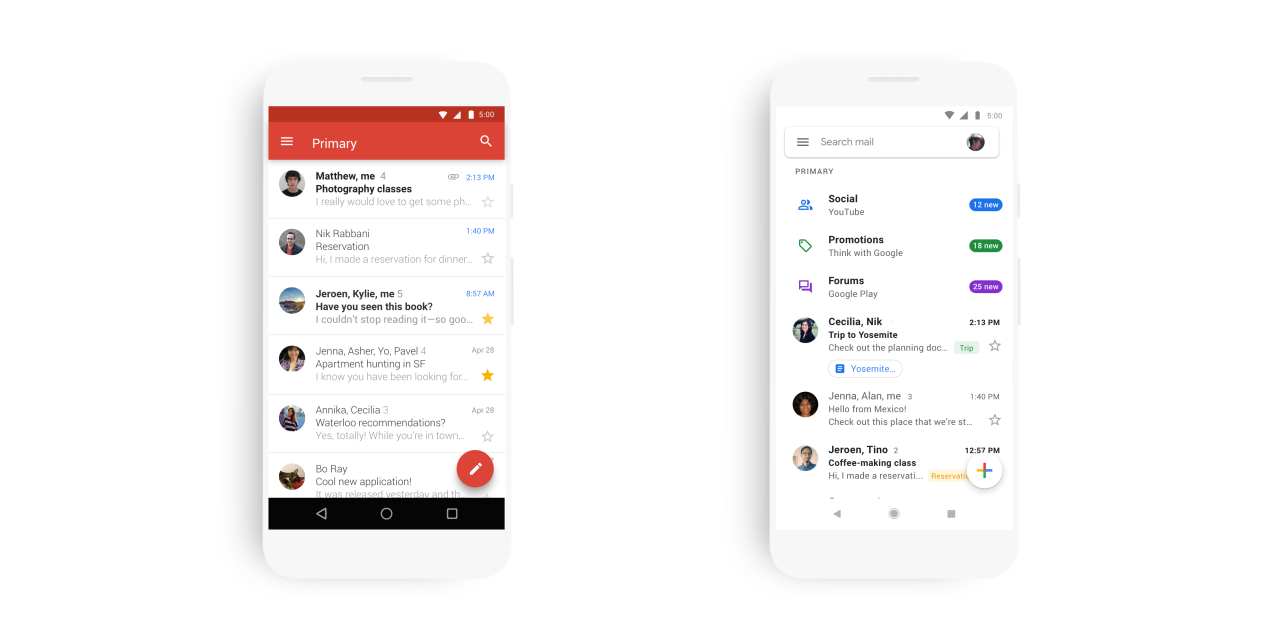 Back at Cloud Next 2018 in July, Google previewed the Material Theme for Gmail on Android. That redesign is officially beginning to roll out today on mobile and features the company’s latest design stylings, as well as a handful of features first introduced on the web.

This mobile redesign for Android and iOS brings many of the features added to the web last year. For starters, the app is stark white with the familiar red app bar and accent removed.

Up top is a search field that features a hamburger button to the left and profile icon to the right. This latter element can be tapped to provide faster account switching then heading to the navigation drawer. The new four-colored FAB for composing messages, just like on the web, is accessible in the bottom-right corner.

New Google Material Theme icons that feature bolded outlines and hollow interiors are leveraged throughout the redesign, while Gmail will now also display large red banner warnings for “dangerous” messages. On tablets and other large-screened interfaces, the rounded selection indicators are used to note the message you’re currently viewing.

In the grand scheme, this isn’t a radical overhaul of the Gmail mobile apps, but does a great deal to modernize it. As we reported last July, this update does feature the ability to choose between three density views, just like on the web: Default, Comfortable, and Compact.

The Google Material Theme for Gmail is rolling out to Android and iOS in the coming weeks. 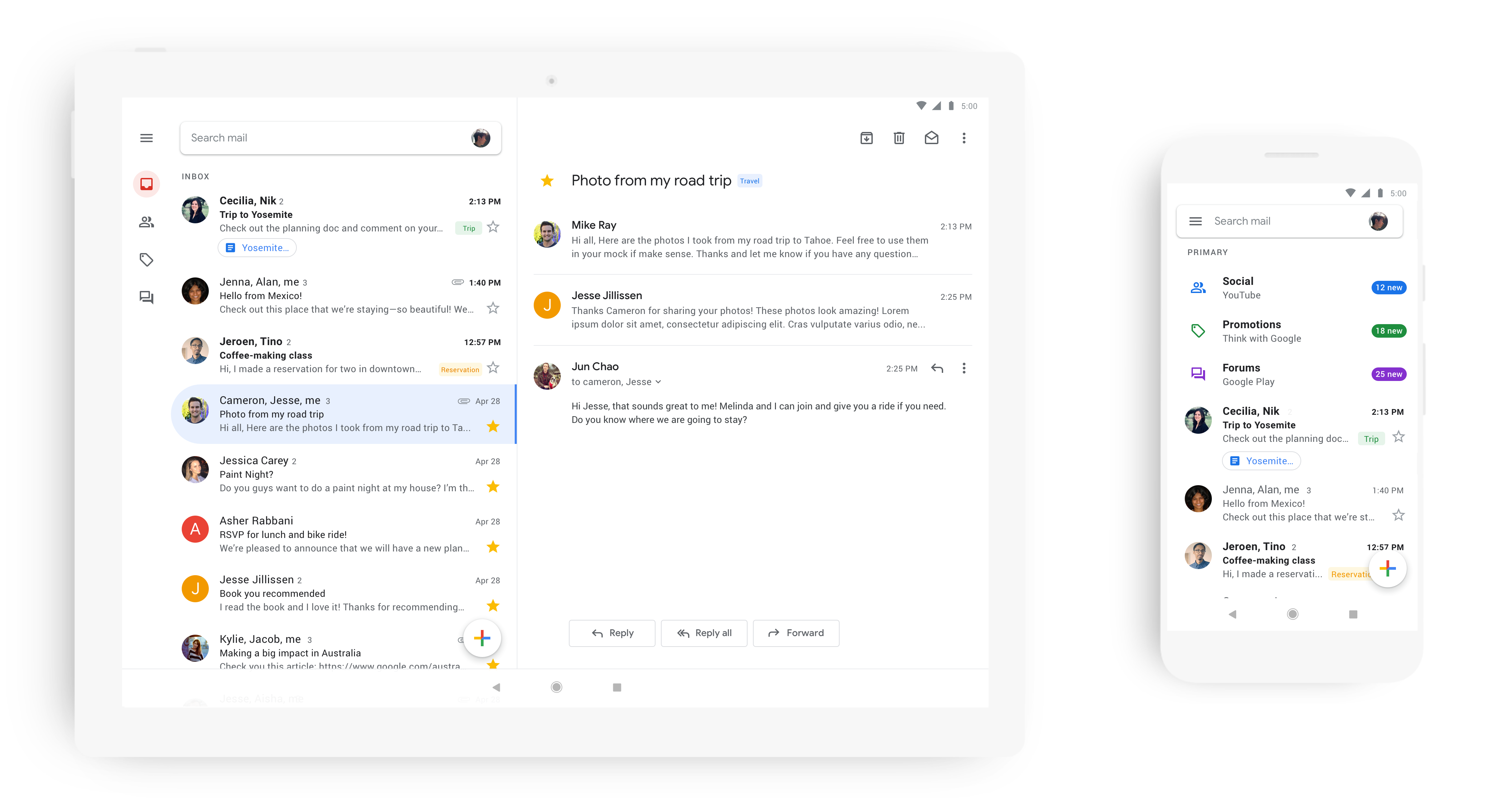