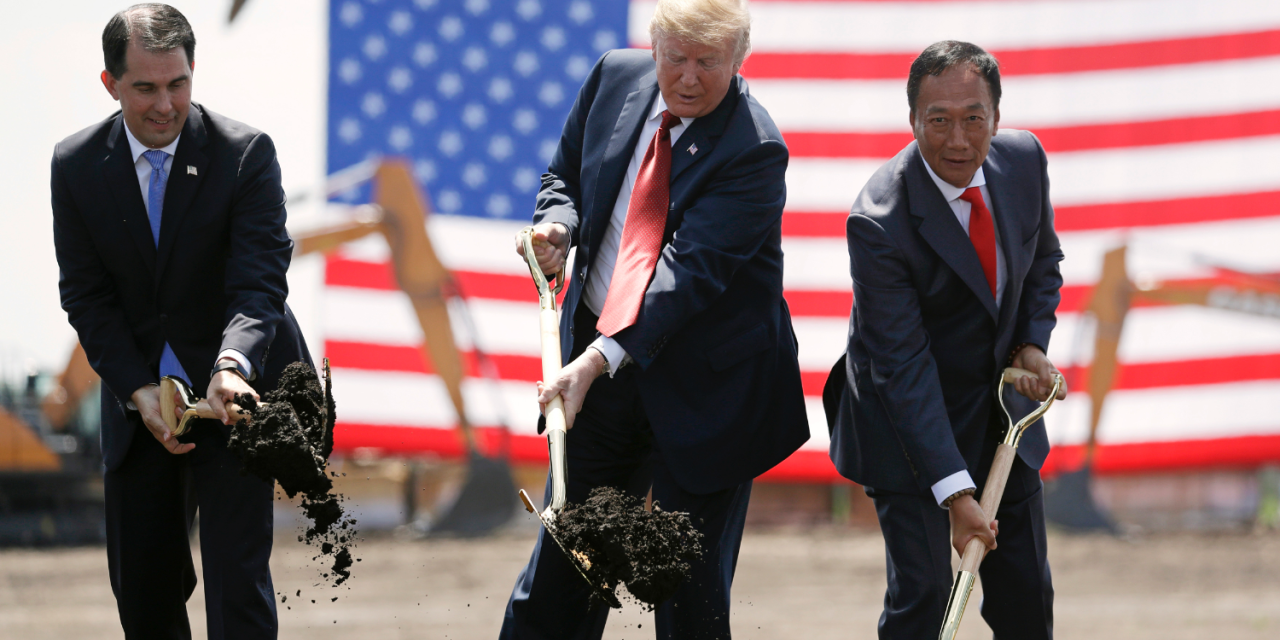 Days after reporting that Foxconn will no longer be building its Wisconsin factory, the company is reversing course yet again following new discussions with President Trump. Foxconn now says that it will build the factor following “productive discussions” with the White House.

However, it remains unclear what level of work will be hosted at the plant, as a report by Reuters last week claimed the $10 billion factory would mostly house high-paid engineers, rather than lower paying factory jobs. Today’s statement doesn’t distinctly clarify the specifics of who will be working there, but for now the target is 13,000 employees.

If there are any hints given in the statement though, it’s the following line.

This campus will serve both as an advanced manufacturing facility as well as a hub of high technology innovation for the region.

Presumably, this is the company’s way of saying the location will be a mixture of both blue-collar manufacturing and high-paid engineering.

Foxconn has already received $4 billion in tax breaks and incentives.

Previously the company said that it wouldn’t build the factory because “the global market environment that existed when the project was first announced has changed.”

The statement comes in reference to the company’s initial plans to manufacture LCD TV displays, but due to that “changed” market, the company instead instigated a shift to creating smaller mobile displays as well.

The most recent statement issued by Foxconn on Friday follows,

After productive discussions between the White House and the company, and after a personal conversation between President Donald J. Trump and Chairman Terry Gou, Foxconn is moving forward with our planned construction of a Gen 6 fab facility, which will be at the heart of the Wisconn Valley Science and Technology Park. This campus will serve both as an advanced manufacturing facility as well as a hub of high technology innovation for the region.

Our decision is also based on a recent comprehensive and systematic evaluation to help determine the best fit for our Wisconsin project among TFT technologies. We have undertaken the evaluation while simultaneously seeking to broaden our investment across Wisconsin far beyond our original plans to ensure the company, our workforce, the local community, and the state of Wisconsin will be positioned for long-term success.

We look forward to continuing to expand our investment in American talent in Wisconsin and the US.

As for whether President Trump promised further incentives remains unknown, though it seems unlikely there isn’t something to sweeten the agreement for Foxconn.

Are you glad the factory is on track yet again? Let us what you think in the comments section down below!