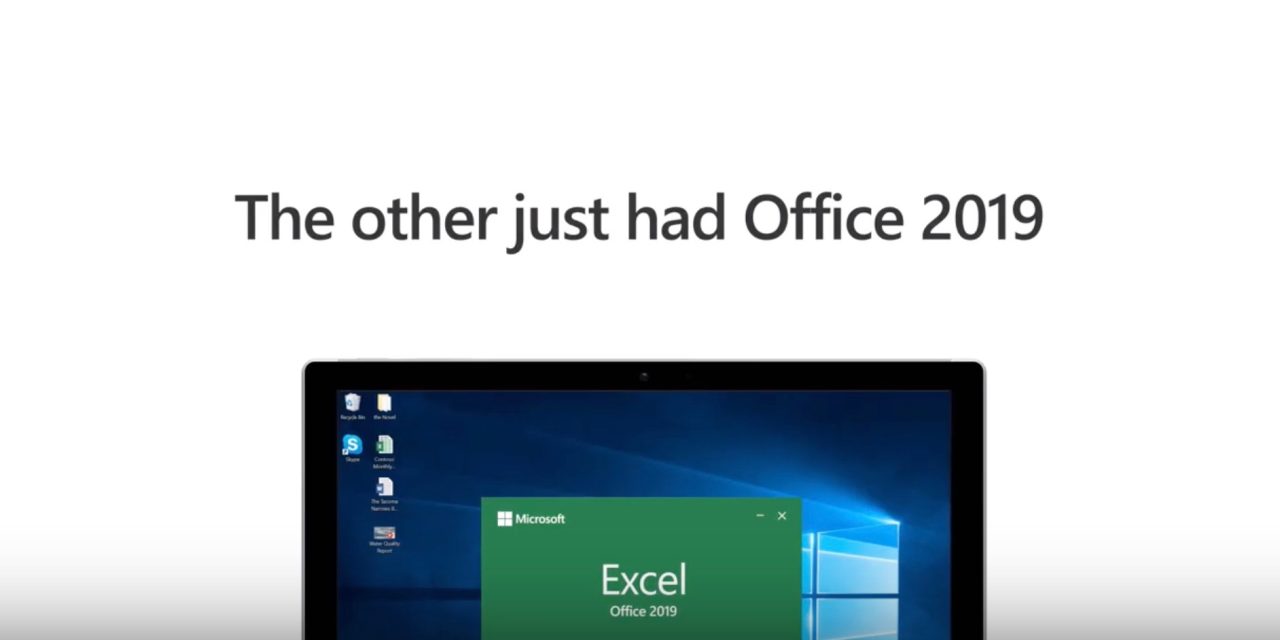 A new ad campaign from Microsoft launched today on YouTube as a way to promote its paid subscription software, Office 365. But instead of focusing on Office 365, Microsoft decided to use cringey comparison videos with twins that disparage its paid Office 2019 software.

Spotted by TechCrunch, Microsoft released a series of three ads today on its Office 365 YouTube channel called The Twins Challenge: Office 365 vs. Office 2019. Each video uses a specific app, PowerPoint, Excel, and Word to try and sell consumers on the subscription model.

The ads feature sets of twins trying to accomplish tasks with Microsoft Office, but it’s painfully obvious that Microsoft doesn’t want anyone to buy Office 2019. All of the videos use taglines like “One had intelligent features in PowerPoint thanks to Office 365. The other just had Office 2019” as they work to spin how great the subscription of Office is compared to the weak paid version.

Office 365 starts at $70/year for individuals while Office 2019 for Mac is an outright purchase for $150. However, as Microsoft is highlighting, buying the software means opting for a crippled product.

Check out the strange and cringey videos below: