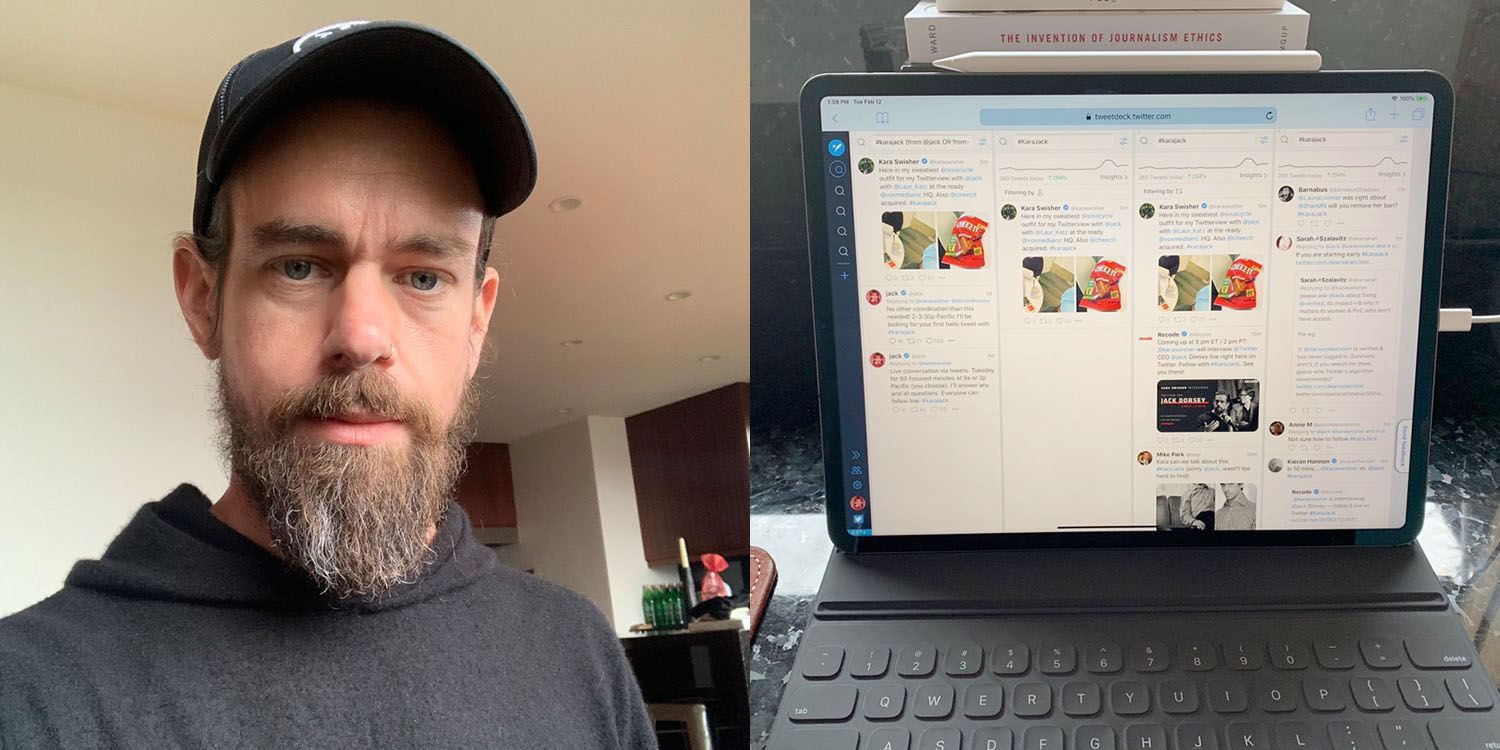 In a Twitter-based interview with Recode’s Kara Swisher, conducted on his iPad Pro, Twitter CEO Jack Dorsey has said that he would only give himself a C grade for his performance in managing the platform.

Twitter’s CEO said that he ‘feels terrible’ when someone walks away from the platform, and he wants to change the feel of it.

I want people to walk away from Twitter feeling like they learned something and feeling empowered to some degree. It depresses me when that’s not the general vibe, and inspires me to figure it out. That’s my desire.

Swisher asked what grade he would give himself when it comes to abuse of the platform.

Myself? C. We’ve made progress, but it has been scattered and not felt enough. Changing the experience hasn’t been meaningful enough. And we’ve put most of the burden on the victims of abuse (that’s a huge fail) […]

It’s the most important thing we need to address and fix. I’m stating that it’s a fail of ours to put the majority of burden on victims. That’s how the service works today.

In the past I think we were trying to do too much. We’re better at prioritizing by impact now. Believe the #1 thing we should focus on is someone’s physical safety first. That one statement leads to a lot of ramifications.

Jack Dorsey in the interview said that the company has been reactive rather than proactive in how it handles abuse, and that is what it now seeks to change.

Among the less surprising things we learned is that a Twitter thread is a terrible format for an interview. As Swisher commented at the end:

For the love of God, please do Recode Decode podcast with me soon, because analog talking seems to be a better way of asking questions and giving answers. I think Twitter agrees and this has shown how hard this thread is to do. That said, thx for trying. Really.

Dorsey responded that he draws wider lessons from that in terms of the usability of Twitter as a medium for discussion.

This thread was hard. But we got to learn a ton to fix it. Need to make this feel a lot more cohesive and easier to follow. Was extremely challenging.

Some were frustrated by the vagueness of Jack Dorsey’s responses as well as the format of the interview itself.

You can check out the thread yourself under the #Karajack hashtag.