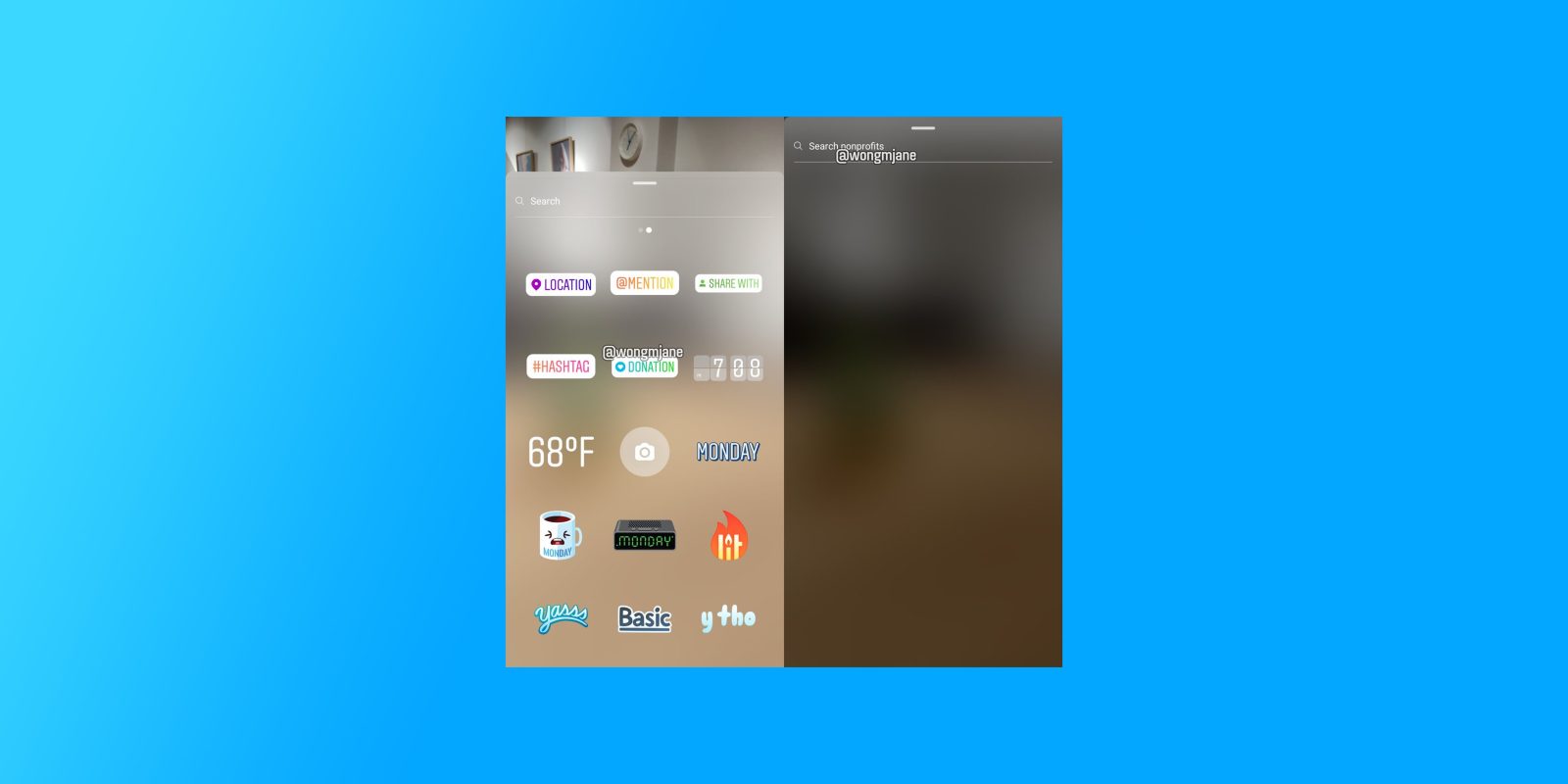 According to a new report from TechCrunch, Facebook is looking to further expand Instagram’s commerce features. Instagram is said to be testing a new Fundraiser feature that would allow users to raise money for various nonprofits via their Story.

TechCrunch cites findings from Jane Manchun Wong, who discovered code and images within the Instagram app that hint at support for Fundraise. Essentially, users will be able to search for a nonprofit and add it to their Story. From there, other users can donate via that person’s story.

In a statement, Instagram confirmed that it is testing the feature and said it hopes to bring it to all users “later this year.”

“We are in early stages and working hard to bring this experience to our community. Instagram is all about bringing you closer to the people and things you love, and a big part of that is showing support for and bringing awareness to meaningful communities and causes. Later this year, people will be able to raise money and help support nonprofits that are important to them through a donation sticker in Instagram Stories. We’re excited to bring this experience to our community and will share more updates in the coming months.”

This feature is similar to Facebook’s Donate functionality, which has helped raise $1 billion for nonprofits. As TechCrunch points out here, such donation features require users to input their credit card details. This means that by adding a Fundraiser feature to Instagram, Facebook will gain access to millions of credit card numbers that could be used for other commerce features.

Would you be willing to hand over your credit card details to Instagram in the case of donation features? Let us know down in the comments.