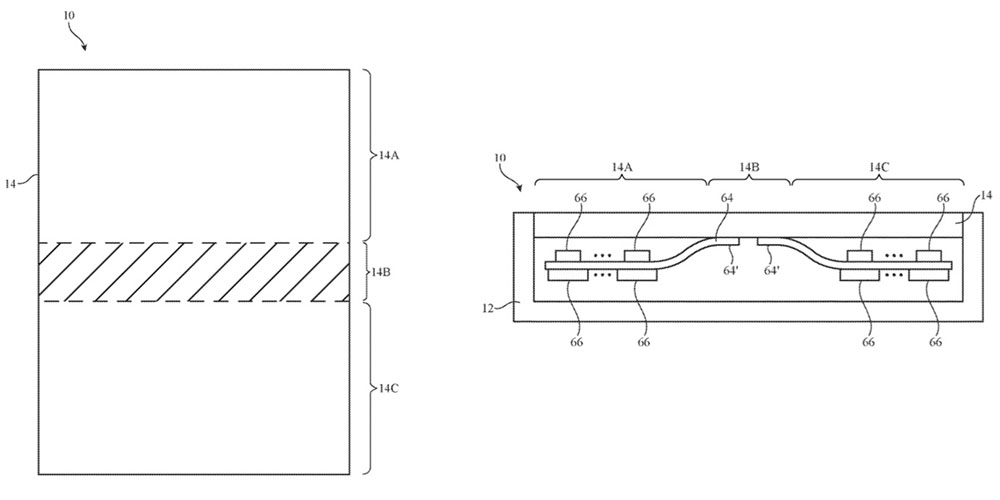 A folding iPhone patent application shows how Apple might solve one of the problems posed by a foldable display.

The application was published at a time when several Android manufacturers have announced folding smartphones, and there’s much speculation about Apple’s plans …

One of the big challenges faced when designing a foldable display is preventing damage when the screen is repeatedly folded and unfolded. Apple’s patent application implies that this is a particular problem when the display is cold, and therefore less flexible. The patent suggests that heating this portion of the screen would reduce the risk.

Electronic devices often include displays for presenting images to a user. Displays are typically formed from rigid planar substrates. Although satisfactory in many situations, rigid displays such as these may be difficult to integrate into certain devices, such as devices with bendable housings.

In other words, it would only heat the display when the phone detects that it is in use or has been picked up and is therefore likely to be folded or unfolded.

The first idea – presumably applying maximum brightness to the area of the screen that bends – would be particularly efficient, requiring no additional hardware.

The patent acknowledges that the heating may not be fast enough on occasion, and that the phone may need to force users to wait until it is safe to fold.

Control circuitry may engage a latching mechanism that prevents folding of the electronic device and the display when the temperature of the portion of the display that overlaps the bend axis is below a predetermined temperature.

As always, the fact that Apple has applied for a folding iPhone patent doesn’t mean it will ever make one, but it does seem to me to be a logical development once Apple can make it a good experience. We’ve seen some concept images, and Apple co-founder Steve Wozniak says that he really wants one.