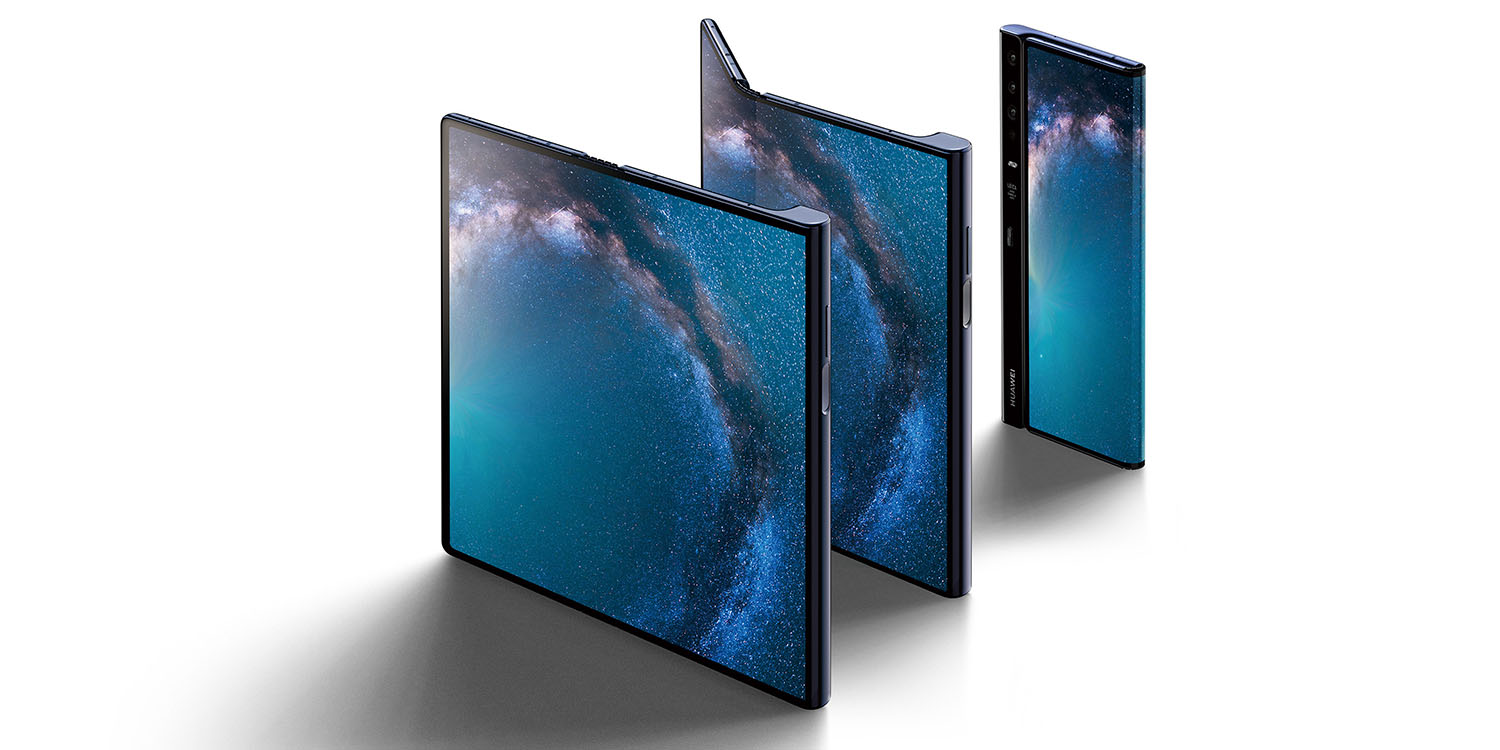 Apple has long been the undisputed profit king of the smartphone industry, taking by far the largest slice of the total profit pie. Indeed, at one point Apple was – by one admittedly eccentric measure – taking more than 100% of the profits, when factoring in loss-making brands.

iPhones have also consistently been the most expensive smartphones, discounting tacky bejewelled specials like Vertu. Even when Samsung theoretically matched or exceeded Apple’s pricing for its flagships, its offerings were usually steeply discounted 2-3 months after launch.

But all that is changing …

Bloomberg has put together a really interesting chart (below) of the way that flagship smartphone pricing has increased over the years.

Samsung was technically the first to break the four-figure barrier, with the top-tier version of the Galaxy 6 Edge in 2015. But it was Apple which unashamedly launched a new model whose pre-tax price started at $999.

Many eyebrows were raised at the price, even more so when last year’s line-up topped out at close to $1500. Some took great pleasure in adopting a ‘told you so’ line when Apple fell well short of its original guidance for the holiday quarter.

Apple has been forced to respond with a combination of trade-in deals, additional monthly payment plans and reducing iPhone prices in some overseas markets.

And yet, far from the rest of the industry seeing a salutary lesson in this, some brands believe that they can push even higher on price. Samsung has even breached the $1500 point with its most expensive Galaxy S10+ model.

And then there are the folding phones going on sale this year. The Galaxy Fold, with a claimed availability date of April, is close to $2000. The Huawei Mate X due to go on sale in the second half of the year starts at a staggering $2600!

With these sorts of prices emerging this year, iPhones start to look cheap. 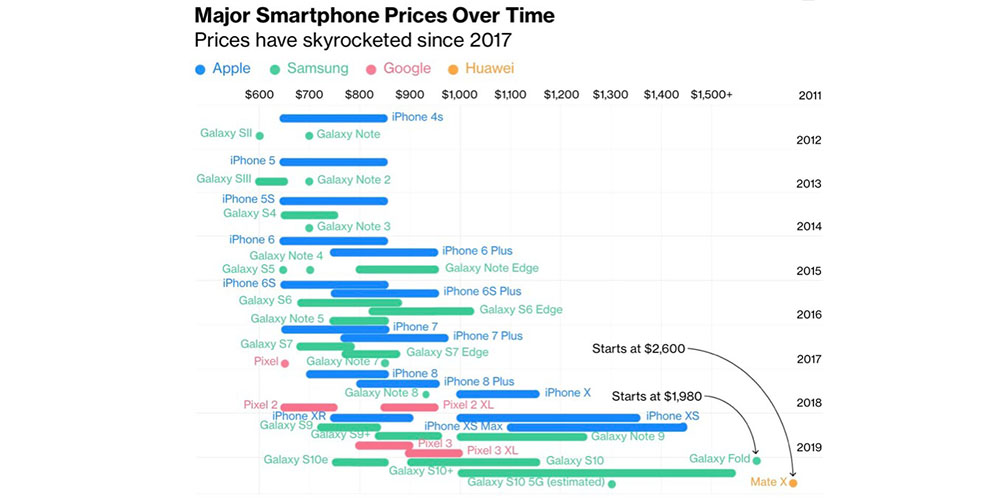 But there’s a catch

Many think folding phones are the future. Indeed, one analyst sees the Fold as potentially ‘the main challenge‘ for Apple: offering a feature no iPhone yet offers, and leaving Samsung way ahead of Apple in terms of the price it commands for its top-tier model.

But I’m less gung-ho. I do absolutely think folding phones have a future, as I said last year.

I can see the company doing exactly the same thing as the iPhone X with a foldable iPhone. Launch a high-end foldable iPhone at a price premium alongside more conventional models, allowing consumers to choose whether to make the switch on day one or wait for the technology to become more affordable in subsequent years.

I could definitely see myself buying a foldable iPhone – I like phones to be pocketable, but also like large screens, so for me this would be the best of both worlds.

But other than admiring the technical achievement, I’m not at all sold on the Galaxy Fold.

In closed form, it’s a pretty chunky-looking device. In fact, it doesn’t look dramatically different to the clamshell-style smartphones I used back in the pre-iPhone days. And the huge forehead and chin on the front also contribute to an old-fashioned appearance.

I’m not going to be buying one, and nor would I even if it ran iOS. That’s just too much money for too clunky a device. There’s only one reason Samsung launched the Fold now, and that’s so it can claim to have been first to market (though Royole may dispute the claim).

I don’t expect either phone to be a commercial success – and in truth, I suspect Samsung and Huawei share that view. Right now, they want to say the were pioneers of an innovative new technology, and they want the halo effect from that to help sell more realistically-priced models.

So the pricing that potentially makes iPhones look cheap is rather artificial. These are not prices that many will be paying, and we can’t compare even a clunky first-gen innovative technology with the iPhone XS/Plus. I mean, it’s a very nice phone, but at this point it’s not massively different to competitor models. Every major brand has some version of a near-bezel-free phone with an OLED screen and a great camera.

The mere (promised) existence of super-pricing on folding phones doesn’t change Apple’s position, and the company seems aware of that.

“We do not want to be an elitist company,” Williams said earlier this month in an appearance at Elon University, according to the Times News in Burlington, North Carolina. “We want to be an egalitarian company, and we’ve got a lot of work going on in developing markets.”

That’s my view; as always, please share yours in the comments.