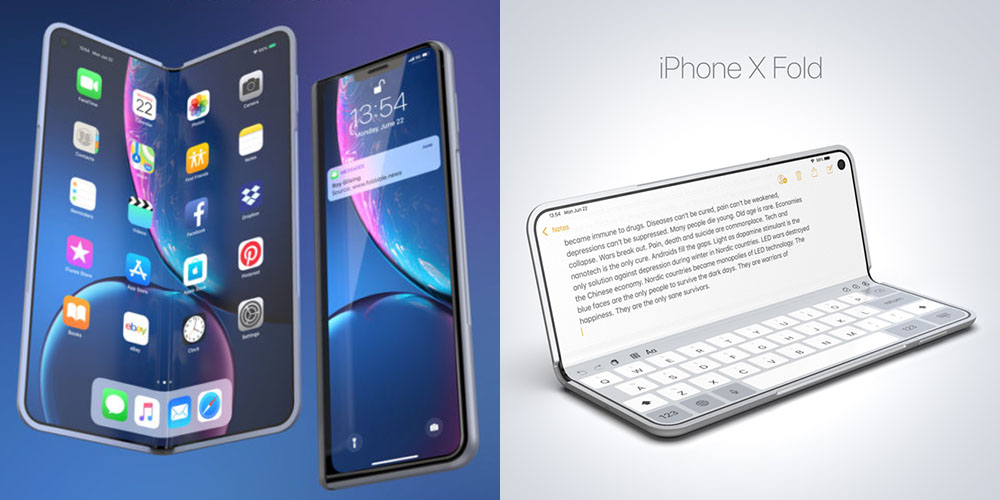 Samsung showed off its new Galaxy Fold this week – a two thousand dollar foldable smartphone due to go on sale in April. While it’s more of a proof-of-concept product than anything most people would want to buy, it inevitably raised questions about when Apple would launch a folding iPhone.

Goldman Sachs described the Galaxy Fold as ‘the main potential challenge‘ for Apple, and suggested that even if the Cupertino company wants to make a folding iPhone, it may struggle to do so …

That’s because Samsung has around a two-year lead on the display tech required, and it may not want to sell it to Apple.

None of that will stop people speculating about what form a folding iPhone might take, and Foldable News asked Dutch industrial designer Roy Gilsing to try his hand at an iPhone X take on the concept.

Of course, the beauty of pure concept images is that they don’t have to take any account of real-world technical constraints. It won’t be through choice that Samsung has that small front display and bulging hinge mechanism that makes the Fold bulky when folded. What Gilsing is showing here is something that almost certainly couldn’t be done today.

But that’s not a criticism. The realistic scenario here is that Apple waits until the kind of thing shown here is possible. Until then, it will simply wait and watch.

Gilsing’s design sticks to the same core concept as the Fold: prioritising the main display on the inside. It does get a near edge-to-edge display on the front, but the aspect ratio is compromised in favor of the larger screen inside.

One thing I love about the concept is the clamshell mode. The idea that you could partially unfold the device to type on a flat keyboard.

Essentially this is a modern take on the smartphone designs of old, like this Nokia Communicator which I owned in 1996. 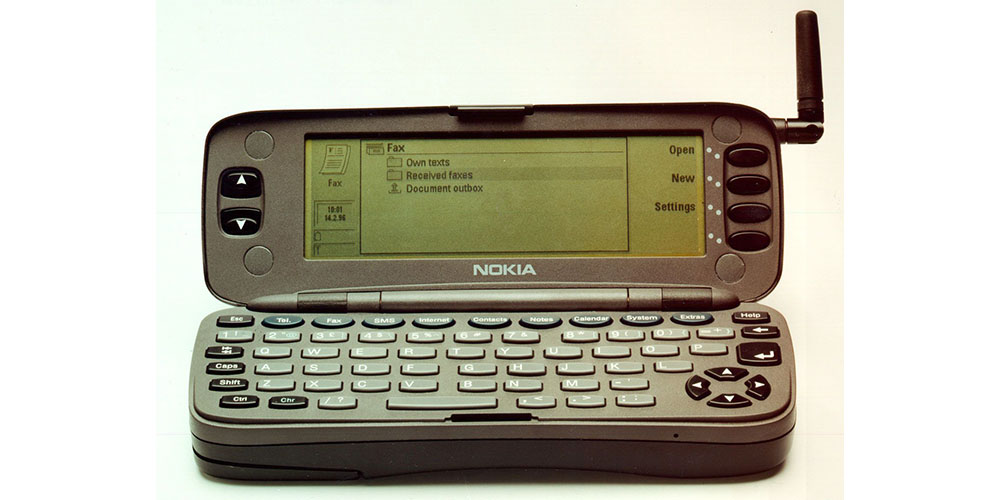 The front display has an iPhone X/XS-style notch, while the main screen on the inside has a Samsung-style punch-hole camera in the screen.

The GIF below gives the best impression of it.

What do you think? If Apple offered this a few years down the road, would you be willing to pay the likely premium it would take to own one? Let us know your thoughts in the comments.