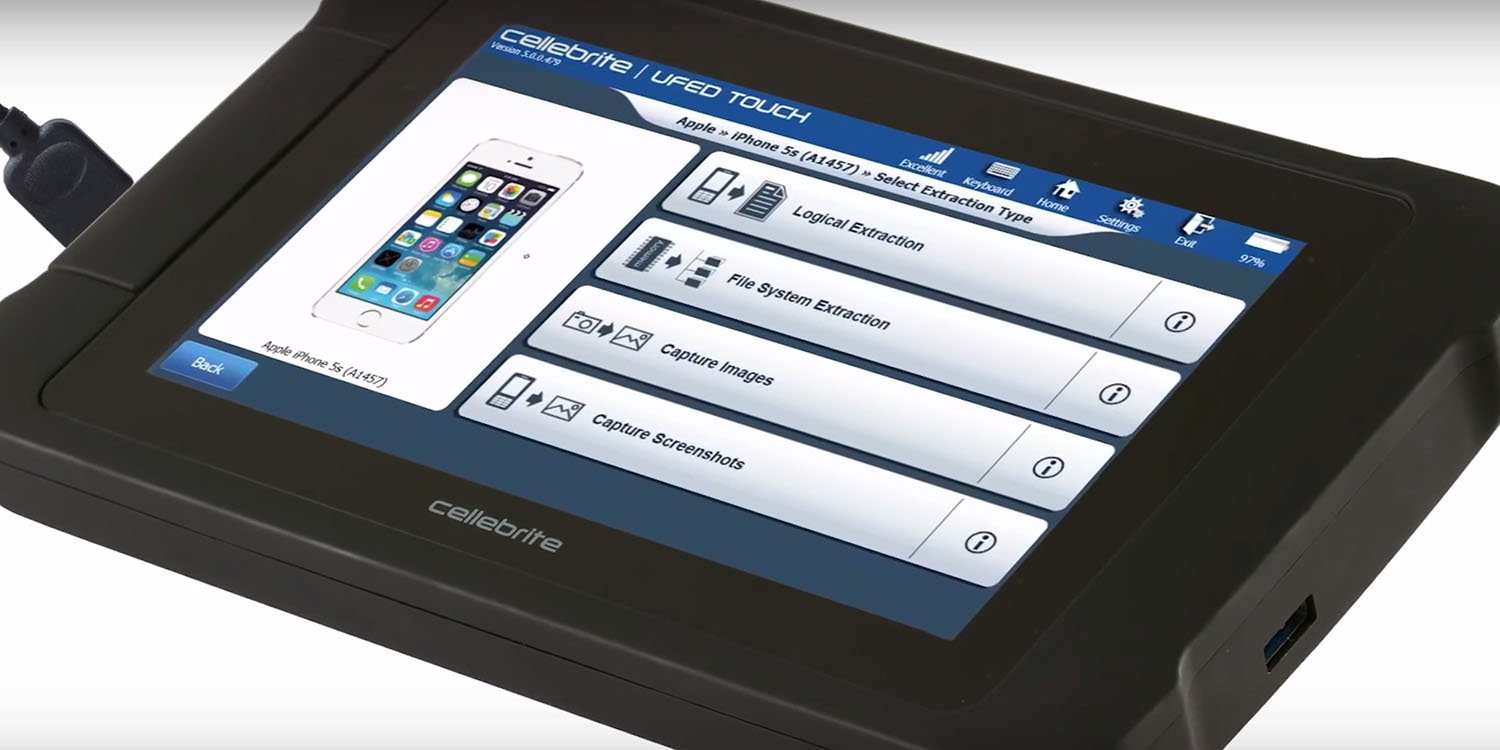 The Cellebrite Universal Forensic Extraction Device (UFED) is a smartphone hacking tool commonly used by the FBI, Department of Homeland Security and other law enforcement agencies in the US and elsewhere. It’s the most powerful tool yet created by the Israeli company, able to extract a huge amount of data – even data which has been deleted from phones.

Forbes says that some of these devices appear to have been sold by police, and in some cases still contain data extracted from phones involved in criminal investigations.

The U.S. federal government, from the FBI to Immigration and Customs Enforcement, has been handing millions to Cellebrite to break into Apple and Google smartphones. Mr. Balaj (Forbes agreed not to publish his first name at his request) and others on eBay are now acquiring and trading Cellebrite systems for between $100 and $1,000 a unit […]

Cybersecurity researchers are now warning that valuable case data […] could have leaked as a result. Matthew Hickey, a cybersecurity researcher and cofounder of training academy Hacker House, bought a dozen UFED devices and probed them for data. He discovered that the secondhand kit contained information on what devices were searched, when they were searched and what kinds of data were removed. Mobile identifier numbers like the IMEI code were also retrievable.

Hickey believes he could have extracted more personal information, such as contact lists or chats, though he decided not to delve into such data. “I would feel a little awful if there was a picture of a crime scene or something,” he said.

Hickey was able to extract data from older iPhones using the device. It’s likely that the device was sold because it is now outdated and unable to access devices running current or recent versions of iOS. However, as of March of last year, the latest Cellebrite UFED was able to access even a locked iPhone X running iOS 11.

Apple and Google are engaged in a never-ending battle with companies like Cellebrite. The hacking tools rely on purchasing zero-day vulnerabilities – ones unknown to Apple and Google – and then building tools to exploit them. As soon as smartphone makers become aware of a vulnerability, they patch it and the cycle begins again.

Hickey says that an additional danger with these devices is that they could be reverse-engineered to reveal details of the vulnerabilities on which they rely.

Cellebrite has written to its customers reminding them that the terms of sale do not permit resale. Units are supposed to be disposed of by returning them to the company.

It was initially reported that Cellebrite was the company able to access the San Bernardino shooter’s iPhone after the FBI declared it impossible. However, neither party would confirm or deny this, and some later suggested it was another company using similar tools.

An eBay search reveals a number of Cellebrite UFED models on sale currently.