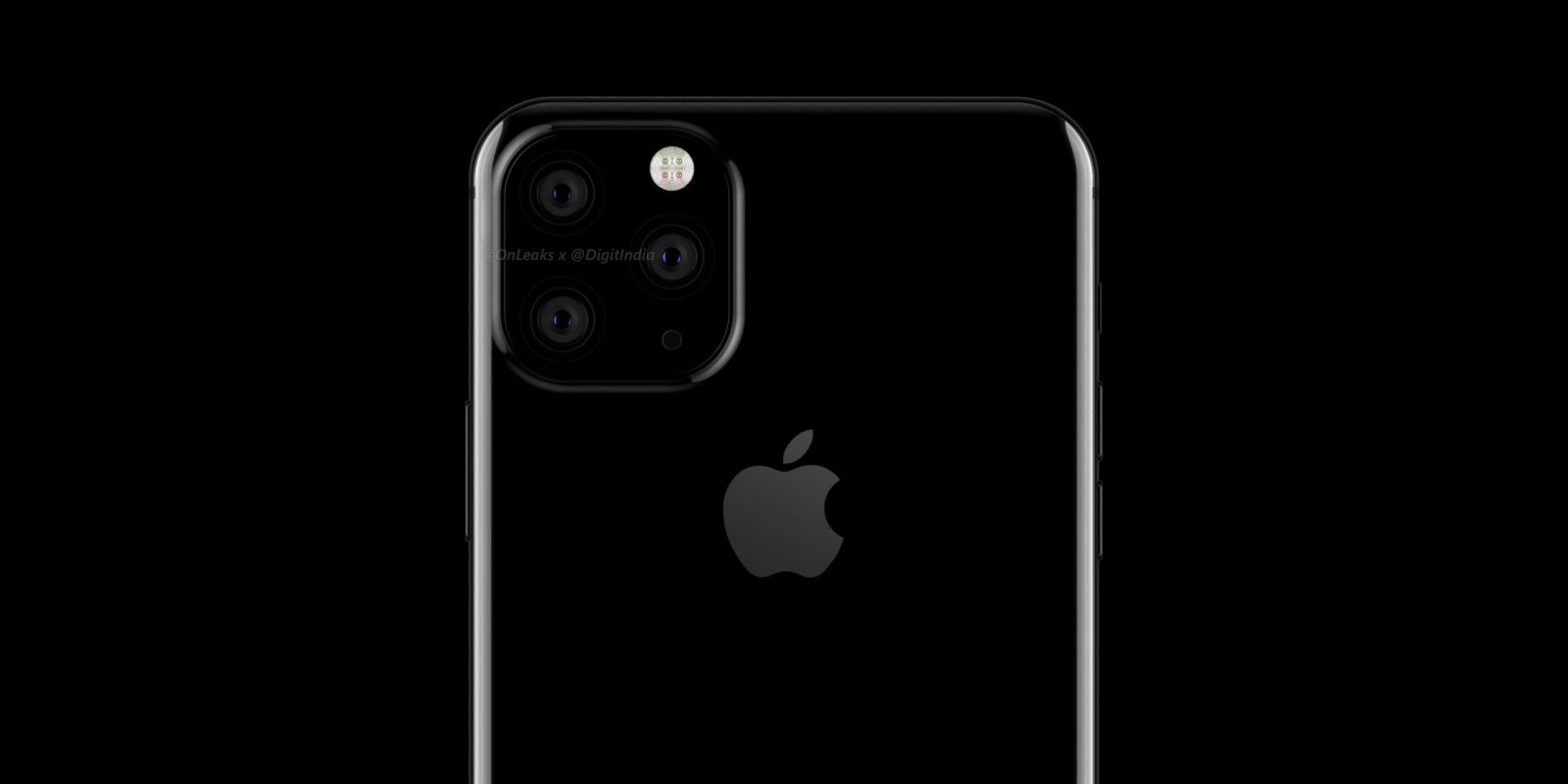 The idea that the iPhone 11 would feature a triple-camera system in a rectangular formation — three cameras plus the flash — was first raised by Onleaks back in January. Japanese blog Macotakara today corroborates the mockups with sourcing from Chinese suppliers.

The site says the design of the new iPhone camera system is similar to the camera module seen in the Huawei Mate 20 and may be available on both the iPhone XS and iPhone XS Max successors, but limited to higher-capacity storage tiers. Macotakara has proven reliable several times in the past.

In the Onleaks rendering pictured above, the lenses and flash are not laid out symmetrically within the protrusion. The Mate 20 aligns its camera component perfectly, with one circle nestled into each corner of the square container.

Macotakara’s story does not comment on the inner layout of the bump. They cite accessory manufacturers as part of their sourcing. It seems they have seen evidence of cases with square cutouts where a triple camera system could poke out.

The Wall Street Journal previously reported that the high-end iPhone 11 would feature the triple camera system. The wording of that reported intimated that ‘high-end’ meant the iPhone XS Max form factor phone. Macotakara says they believe the three-camera system will be included on the 5.8-inch iPhone 11 as well. 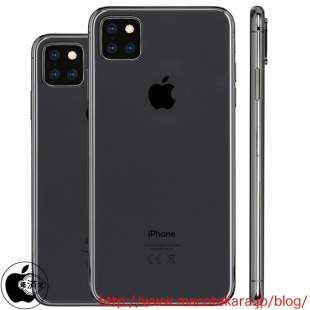 Rather than differentiate on physical chassis size, Apple could differentiate on storage according to the report. This would mean that some higher-end models that boast larger capacity internal storage would also include the triple-camera system as an added perk. Presumably, the 64 GB iPhone 11 would retain the same dual camera module seen in iPhone XS.

It would not be the first time that Apple has limited features to higher-tier variants of their devices. With the iPhone 7, the glossy new Jet Black color was only available on the 128 GB and 256 GB SKUs. More recently, the 2018 iPad Pro includes 6 GB RAM on the 1 TB iPad — although obviously RAM differences are less noticeable from a mainstream consumer perspective compared to the color of the chassis or the addition of a triple-camera.

For its part, the second-generation iPhone XR will move from one lens to a dual-camera two-lens system. Apple is expected to officially announce its 2019 iPhone lineup in September.