Feature Request: Make all iOS app settings accessible from within the app 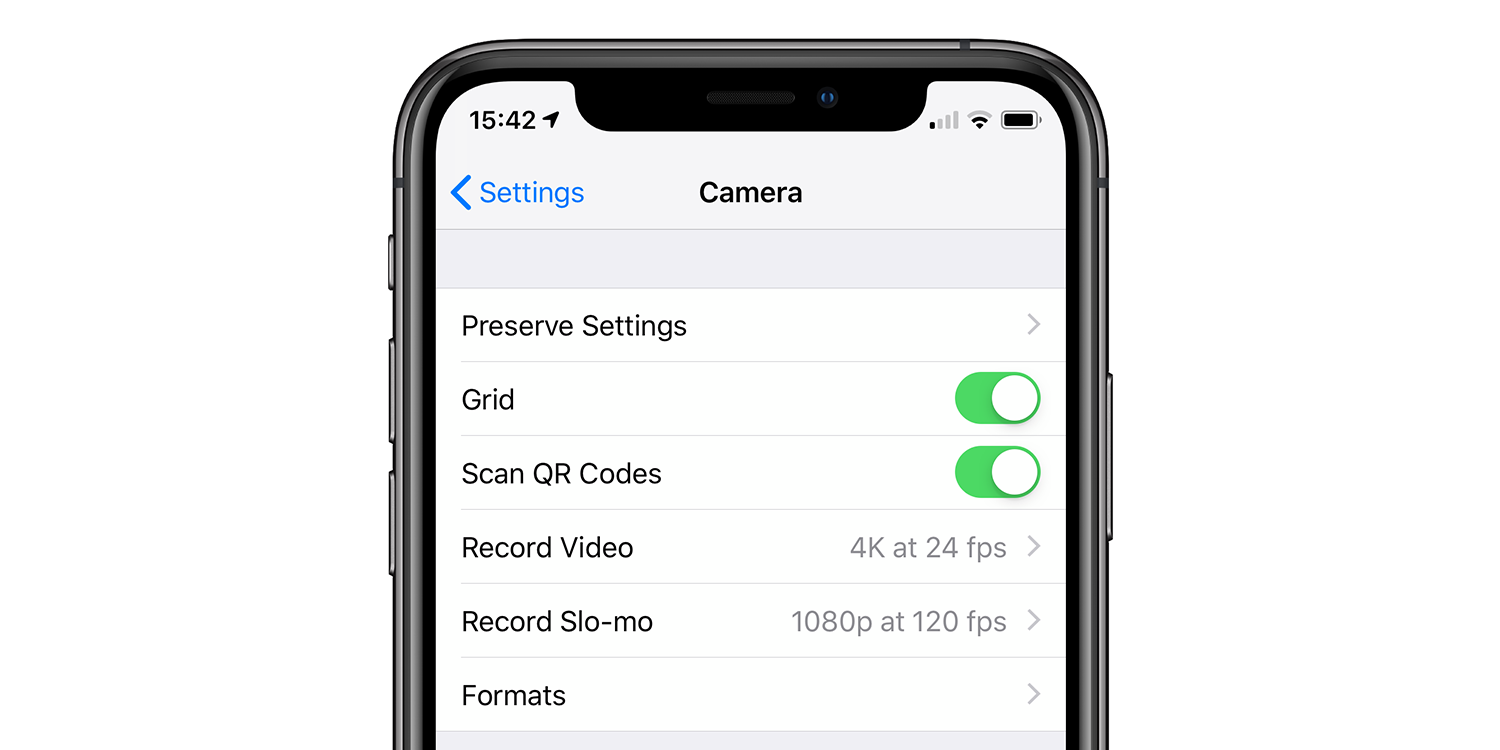 iOS is generally a very slick operating system, but every now and then I come across a UI decision that makes me wonder what on earth Apple was thinking, and app settings are a prime example.

You never know whether an app setting is configured in the app, or in the separate Settings app …

Apple’s Camera app is the worst offender. If I’m shooting video, and want to change the resolution or frame-rate, I can’t do that within the app. Instead, I have to exit the Camera app, go into the Home screen, open the Settings app, scroll down to (or search for) Camera, change my video setting, then half-swipe up and tap on the Camera app to resume.

What makes this even more annoying is that the video resolution and frame rate are right there on-screen in the Camera app! It’s completely intuitive that you simply tap on it to change it, but no, you can’t do that. It doesn’t even act as a shortcut to the relevant Settings section. That’s nuts.

Nope, you can’t tap 4K 24 to change resolution or frame-rate …

The Music app is another example. Why do I have to go into the separate Settings app to choose options like whether playlist songs get added to my library, or whether or not star ratings are shown?

I get that some things have to be done in Settings. Things like Location permissions, for example, are presented to the user by iOS rather than by the apps directly, and that’s exactly as it should be. But pretty much every app developer addresses that by providing a shortcut to the relevant Settings section so it’s as painless as can be.

There’s no excuse at all for randomly splitting settings between the app itself and the separate Settings app. Where something can be set within the app, that should always be offered. Where it can’t, because Apple controls the permissions, then it should be a shortcut from the settings menu within the app.

Worse, if you are forced to search in Settings, you sometimes get multiple entries – and while a savvy user might be able to guess which one they need, the average non-techie is just going to be guessing blindly. The Reminders app is an example. Go into Settings, swipe down to search and type in: Reminder.

How would a non-techie user know they need to tap the fourth one in the list to change their default list? And why on earth can’t they do that from within the Reminders app itself?

Here would be my brief manifesto for how app settings should be handled:

What’s your view? Should Apple handle things as per my bullet-points? Are you happy with things the way they are? Or do you have your own idea about a better way to do things? Please take our poll and share your thoughts in the comments.