How to stream March Madness 2019 live on Apple TV, iPhone, iPad, and Mac

Following Selection Sunday a few days ago, the March Madness stream officially kicks off in full force this week. The “First Four” play-in games are already underway, and things continue tomorrow with the first round of games.

Here’s how to stream March Madness 2019 on Apple TV, iPhone, iPad, and Mac.

March Madness technically started earlier this week with Selection Sunday, but things have really yet to begin. The first round kicks off tomorrow, with a full schedule of games lined up until the middle of April.

You can view the full schedule of games on the NCAA website, but here are all of the important dates:

How to stream March Madness 2019 live 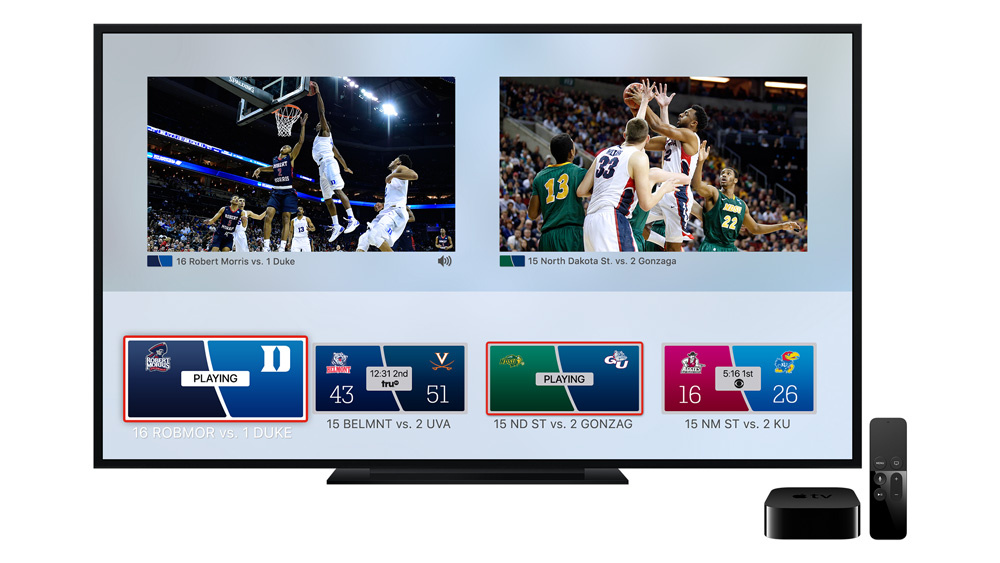 Because of the sheer number of games, March Madness is broadcast across four different channels: TBS, TruTV, CBS, and TNT. So in order to stream March Madness 2019, you’ll need some sort of access to each of these channels.

The NCAA March Madness app for iOS and Apple TV is by far the easiest way to stream the games this year. You’ll get three hours of free streaming, but after that you’ll need some sort of cable provider login to continue watching.

Thankfully, nowadays it’s very easy to obtain a cable login and access to the necessary channels with an over-the-top streaming service. FuboTV specializes in sports streaming and makes it incredibly easy to stream March Madness. One thing you’ll need to do, however, is make sure your local CBS affiliate is supported by looking at this list.

PlayStation Vue is another popular option and recently gained support for multi-view streaming on Apple TV. This means you can watch up to four games at once, ensuring you won’t miss any of the action.

If you’re just interested in watching the Final Four and National Championship, all of those games will be broadcast on CBS. Therefore, there’s no need to worry about also having access to TNT, TBS, and truTV.

Are you going to be glued to March Madness this year? If you are looking for the best way to follow along with scores, be sure to check out our article on the best sports app for iPhone.