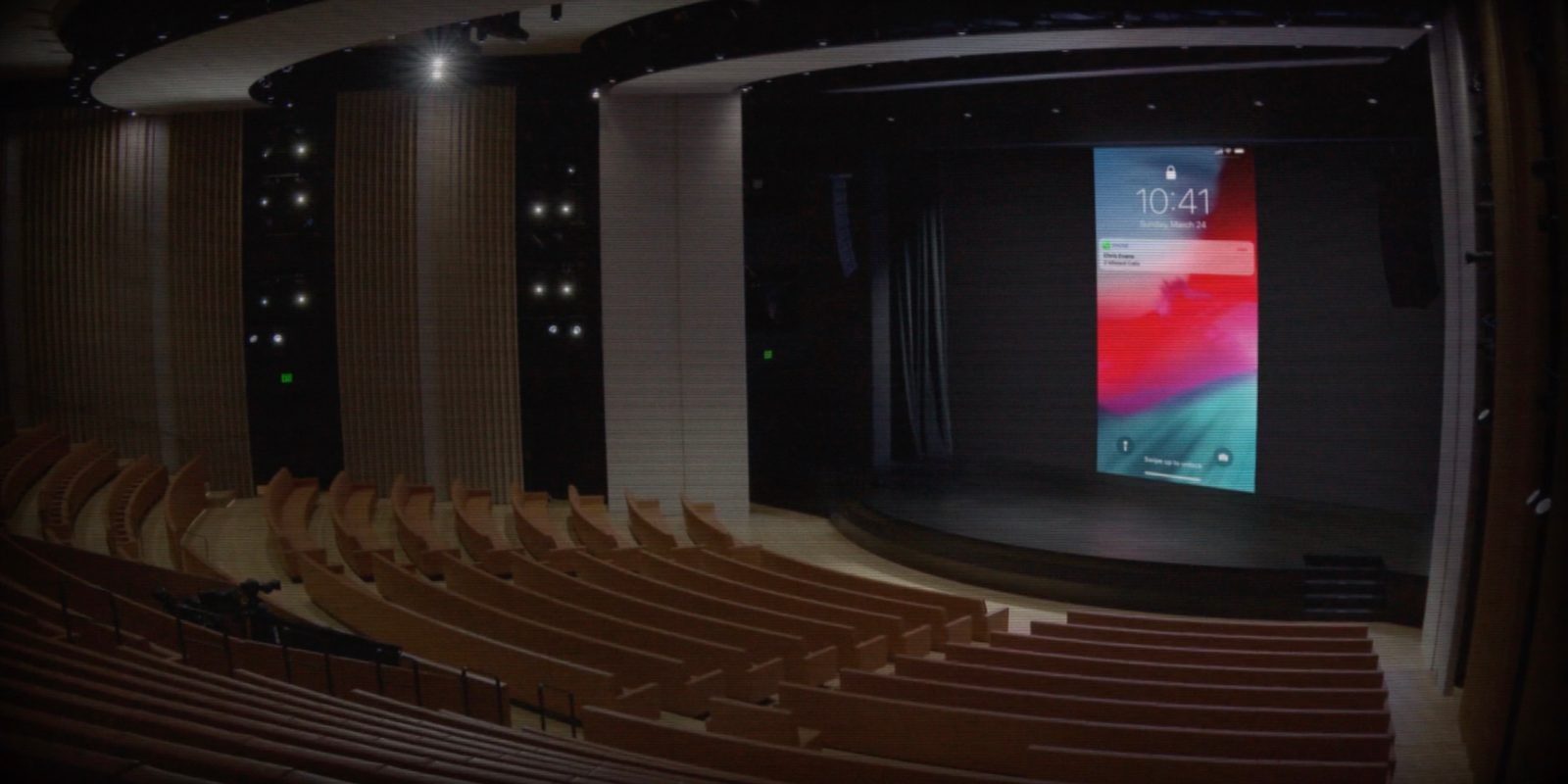 Apple has publicly turned on its March 25 event live stream early this time around, teasing eagle-eyed viewers by occasionally raising the curtain to reveal … something.

The stream is playing what appears to be a live feed from inside the Steve Jobs Theater. However, it is most likely a pre-recorded video, complete with faux-CRT CGI effects. There’s about five different camera angles that is cycling through.

Occasionally, the curtain goes up and Apple starts playing something on the theater’s massive screen.

Captain America is calling in on the Apple livestream lol https://t.co/aZ3Y3H7anL pic.twitter.com/Cb1ACh4CT6

We have seen a video of a twirling lady, shots of the macOS Flurry screen saver, and even two missed calls from ‘Chris Evans’, the actor known for his role as ‘Captain America’ and who is also rumored to be working on an original content TV project for Apple.

There was also a skit involving an iMessage conversation between Tim Cook and Kevin Durant, a shot of the Hollywood Aerial flyover as seen on Apple TV screensavers.

Right now, the stream is broadcasting a 6-hour driving journey across America, probably navigating from Los Angeles to Cupertino, with the Steve Jobs Theater screen dominated by a CarPlay turn-by-turn interface.

The event starts for real on March 25 at 10 AM PT. We’ll have full coverage as the announcements happen, so stay tuned to 9to5Mac.