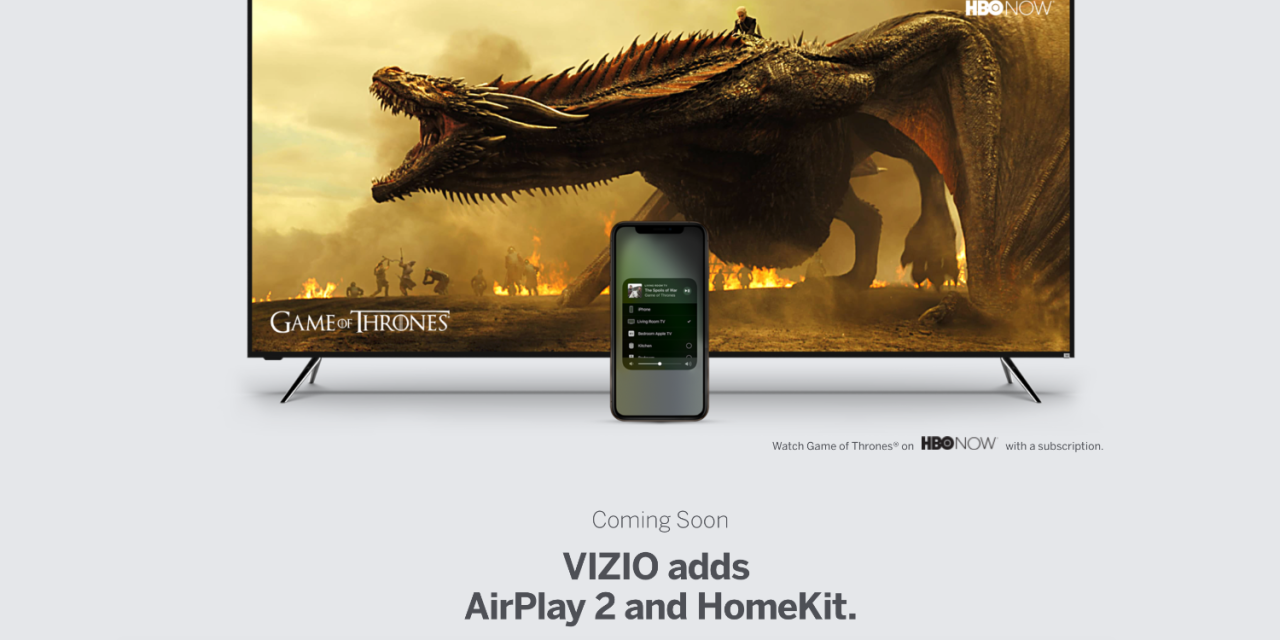 Vizio was among a handful of TV manufacturers that announced AirPlay 2 and Home app support earlier this year. Now, the company is preparing its SmartCast Mobile app for AirPlay support.

The latest update to the Vizio SmartCast Mobile app for iOS includes the groundwork necessary for the app to allow set up of AirPlay features. The set up is not yet available, but Vizio says it will be accessible via the side menu at a later date.

Here’s how Vizio explains the latest update to the SmartCast app for iOS:

Added setup flow to bring AirPlay 2 beta support to VIZIO SmartCast Displays and TVs. Flow to be accessible from the side menu at a later date.

Vizio opened signups for SmartCast beta testing with AirPlay 2 and HomeKit support earlier this year. Today’s update to the SmartCast app for iOS suggests that testing of SmartCast 3.0 will begin sooner rather than later.

Vizio is expected to rollout AirPlay 2 and HomeKit support sometime during the second quarter of this year. You can download the SmartCast app for iOS from the App Store.