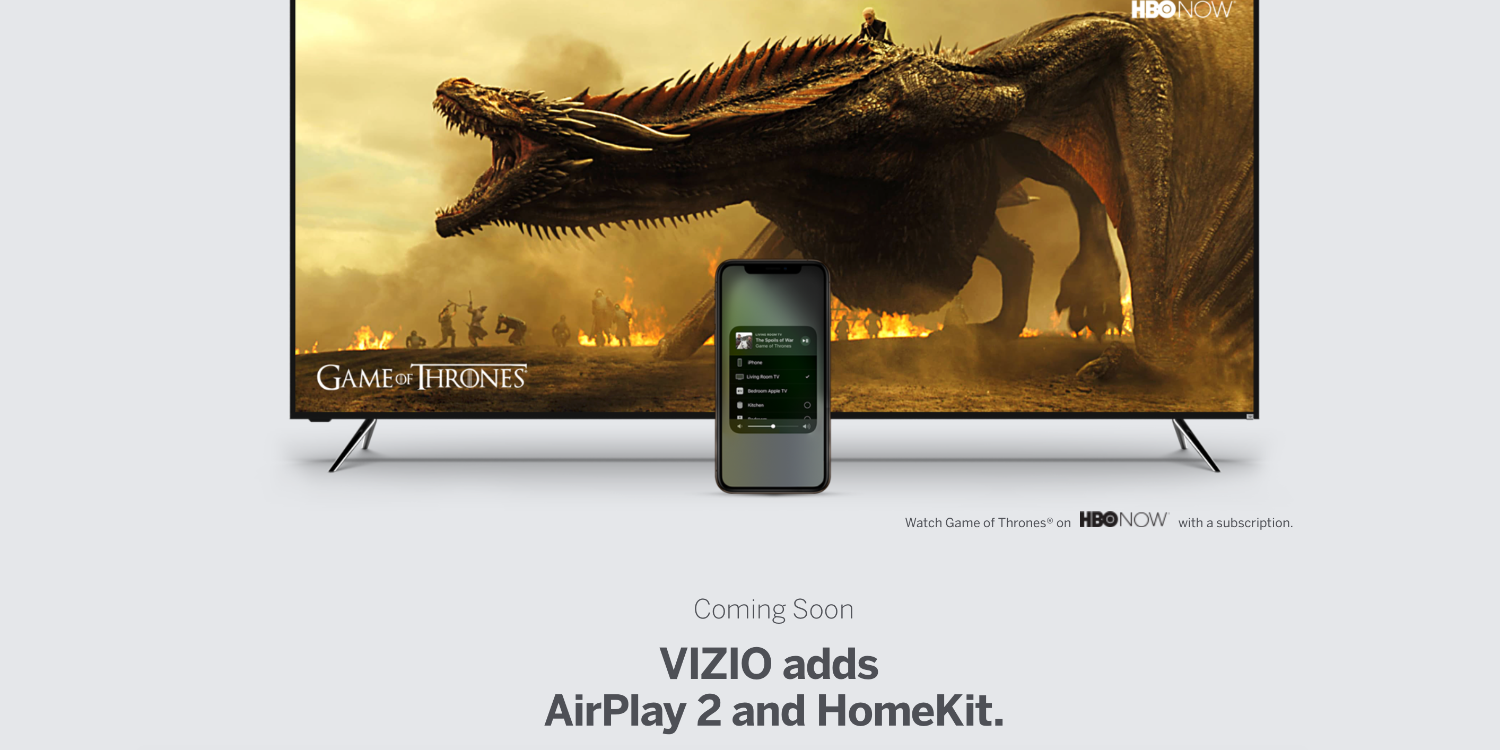 Perhaps one of the most surprising announcements during CES week this year was unrelated to the event entirely. Days after the new year, Apple announced it would begin integrating AirPlay 2 support with third-party television manufactures, including Samsung, Sony and more.

One of those manufactures, Vizio, updated the relevant product page on their website today to acknowledge that its SmartCast 3.0 TV update is entering a public beta.

Though you’ll still need an invite from the company after requesting beta access on Vizio.com, SmartCast 3.0 brings along AirPlay 2 functionality. Even sweeter is that Vizio is one of the few companies supporting TV models beyond the usual 2019+ editions, as televisions as old as 2016 will eventually receive AirPlay 2.

Further, HomeKit support also comes along, meaning users will soon be able to tune their sets on / off via Siri — exceptionally ideal for those with a HomePod based nearby.

Interested Vizio owners can sign up for the beta here, while less curious customers will have to wait until Q2 2019 for the public update to hit the airwaves.

Will you be signing up for the beta if you have a Vizio set? Let us know in the comments below!