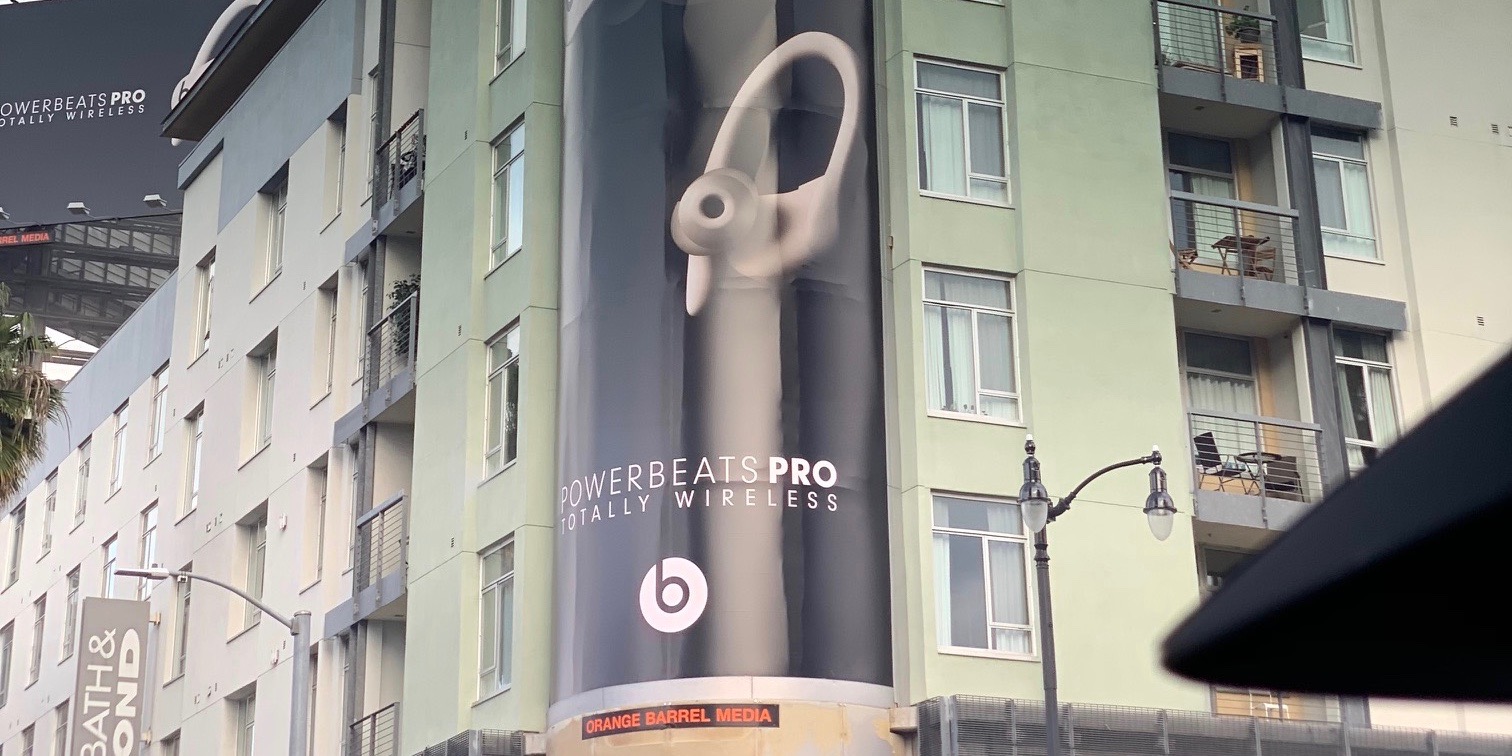 After 9to5Mac exclusively revealed the look and design of Apple’s upcoming Powerbeats Pro fully wireless earphones last week, the new AirPods-like product has been spotted in a huge ad in Hollywood ahead of the official announcement.

Update: Powerbeats Pro have officially been unveiled with the features we’ve been expected at a price tag of $249. Read up on all the details of the sharp AirPods alternative here.

As spotted by 9to5Mac reader, Jonathan Ducrest, Apple has put up a large vertical ad for the Powerbeats Pro fully wireless earphones in LA at the intersection of Sunset and Vine.

The ad shows a picture of the earbuds with the text “Totally Wireless” beneath the Powerbeats Pro name. In the full photo below, you can also see a second landscape ad for the product.

Last week, 9to5Mac’s Gui Rambo uncovered images of the AirPods-like product including what the charging case will look like.

The new Powerbeats Pro will likely include the new H1 chip found in the second-generation AirPods and “Hey Siri” functionality. Notably, Powerbeats are a great option over AirPods for users who value the ear hook design for a more secure fit and they also offer multiple eartips with an in-ear design.

Pricing is still unknown at this point for the updated fully-wireless Powerbeats, but it could land near or above the $199 original retail price that Powerbeats 3 sold for (although they now go for just $99).

With the two ads now live for Powerbeats Pro in Hollywood, it may not be too long before we see an official announcement for the exciting new earphones.

Do you plan on picking up the Powerbeats Pro when then become available? Share your thoughts in the comments below! 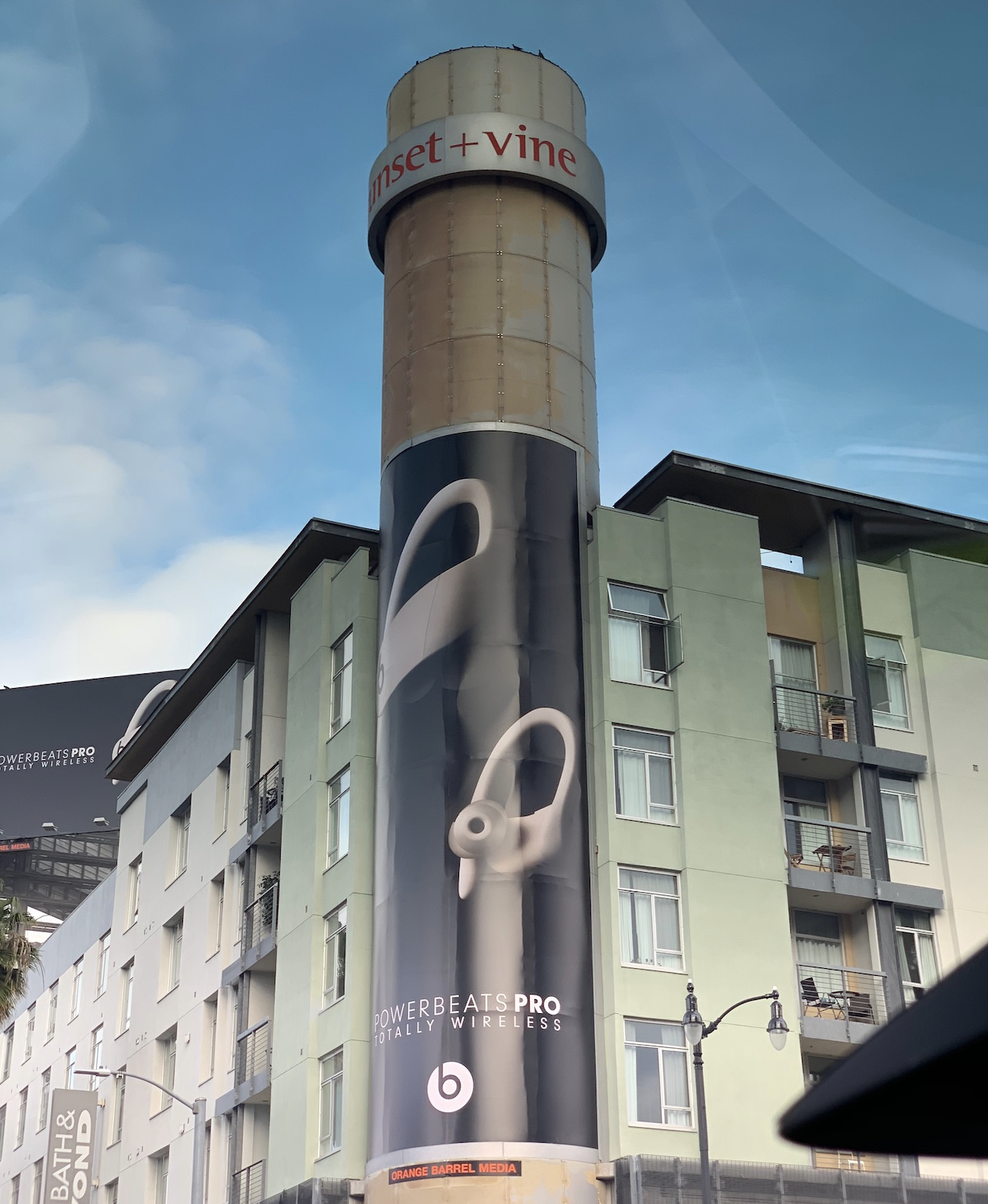