Apple cuts price of HomePod worldwide, now $299 at the US Apple Store 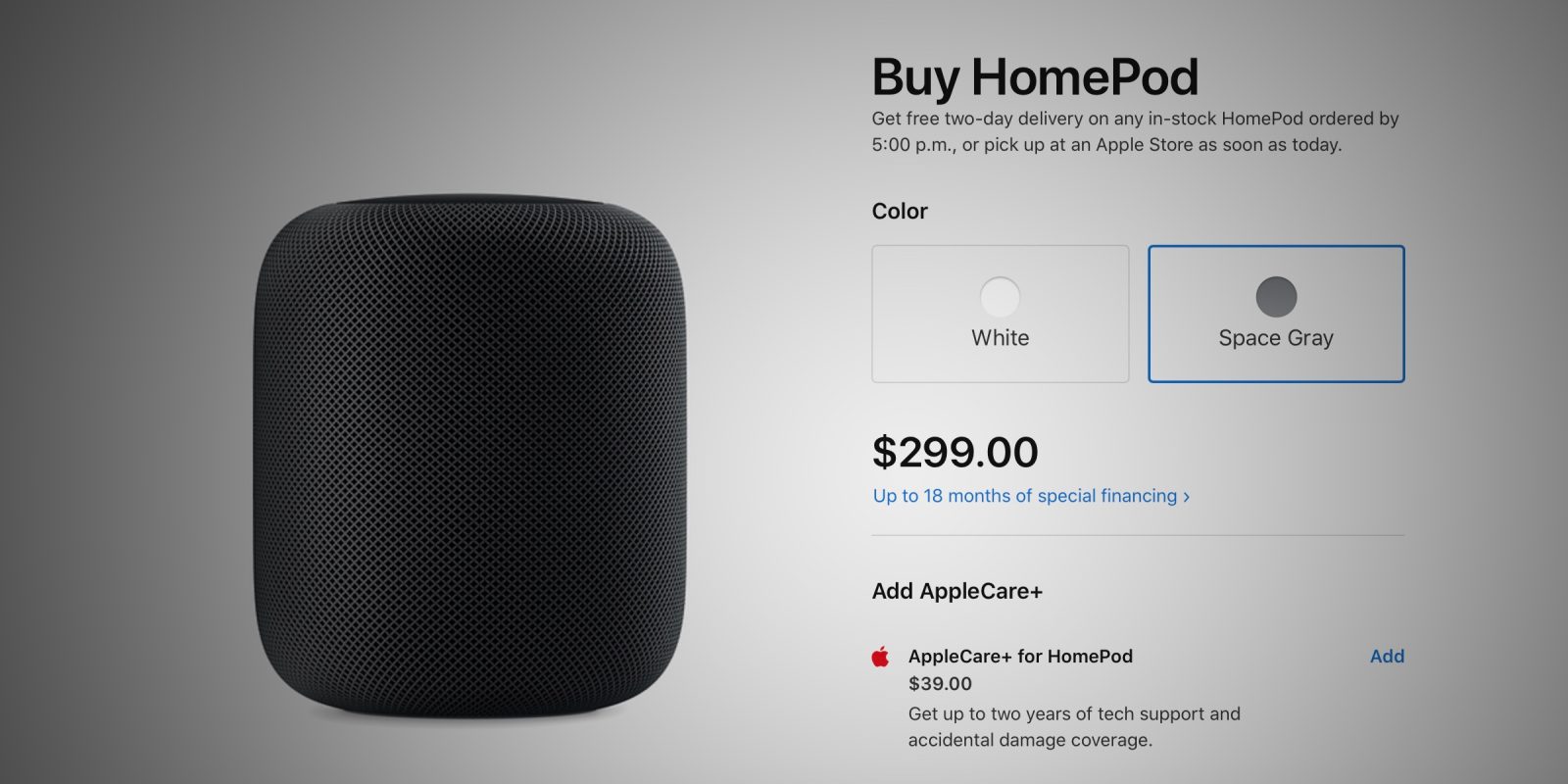 Apple has officially lowered the price of the HomePod worldwide. In the price has fallen from $349 to $299, breaking the $300 level. HomePod has seen promotional discounts at many third party retailers (eg: it’s $279 right now at Best Buy) over its lifespan, but now Apple has dropped the smart speaker’s standard list price.

This price cut represents a roughly 15% drop and seemingly applies to every region, not just the US. For example, the UK price has fallen from £319 to £279.

It is rare for Apple to reduce the price of any of its products mid-cycle, but not unprecedented. Apple dropped the price of the third-generation Apple TV from $99 to $69 in March 2015; the tvOS successor did not debut until six months later.

Apple is not a big player in the smart speaker market, which is dominated by cheaper competitors like the Amazon Echo. However, the HomePod has carved a solid niche for itself and dominates the market for smart speakers above $250. It’s just that premium slice of the market is still pretty small, measured in single-digit millions.

Perhaps, the price cut from $350 to $299 will stimulate a burst of sales and bring waves of new customers to the Apple HomePod.

The HomePod received a lot of criticism when it launched a little over a year ago but Apple has addressed many of the pain points in successive software updates, like the addition of AirPlay 2 for multi-room and stereo pairs, support for setting multiple timers simultaneously with Siri, the ability to answer and make phone calls, calendar integration and more. Of course, there’s always more on the to-do list — such as multi-user profiles.

Early reviewers generally praised the HomePod’s sound quality and its ability to hear users from a distance thanks to its six-microphone array, but even its biggest fans admitted that the $349 price point was too high. $299 is a much more competitive offering.

As the HomePod only works natively with Apple’s own streaming service, Apple can offset lower margins on the upfront hardware purchase over the longer term by using the speaker as a proxy to encourage $9.99/mo subscriptions to Apple Music.