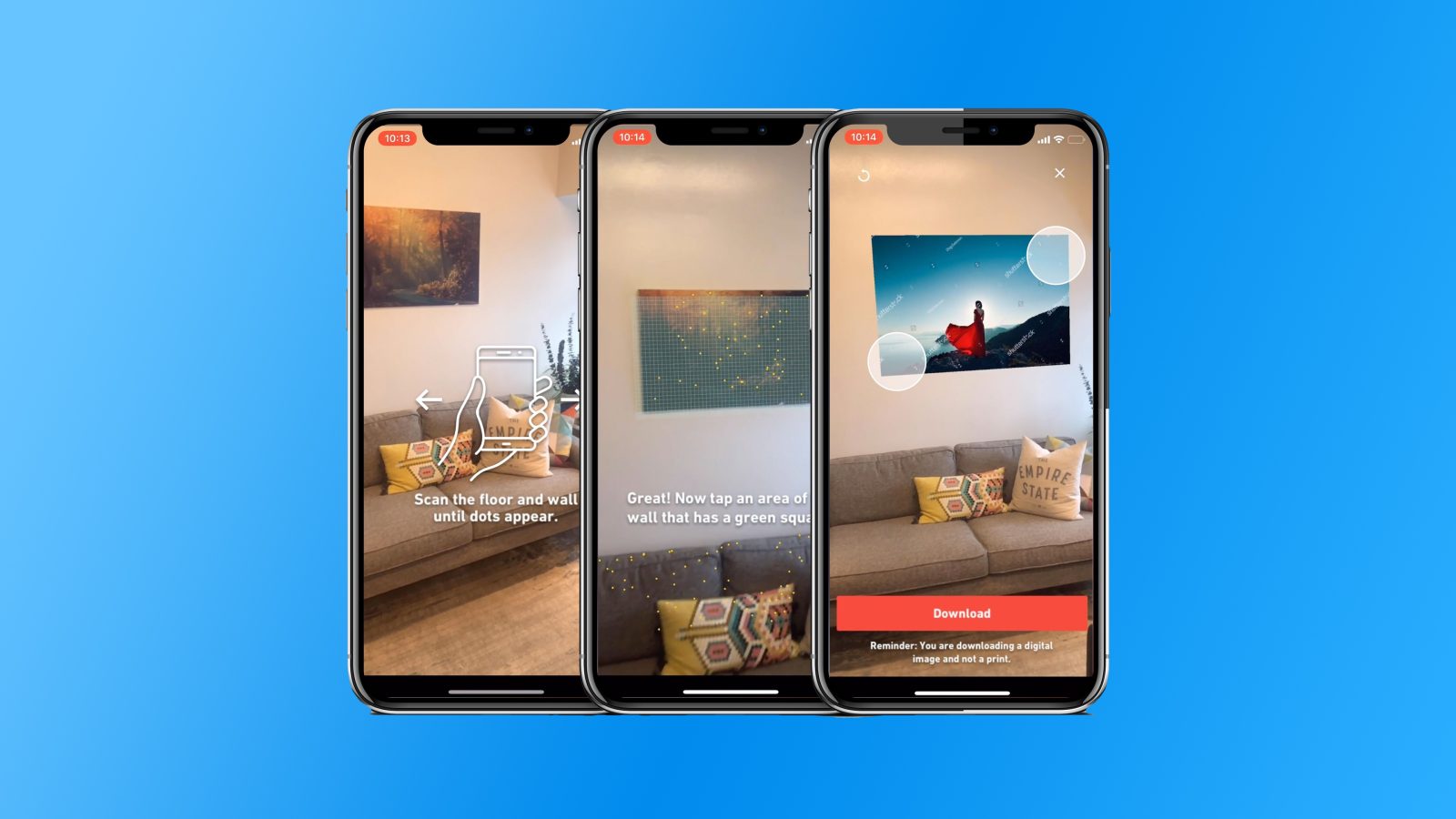 Popular image and media service Shutterstock has today announced its foray into augmented reality. The company has updated its iOS application with a new “View in Room” feature that uses AR to show users what Shutterstock imagery might look like against their wall.

The feature is based Apple’s ARKit framework that was originally announced in 2017 alongside iOS 11. Shutterstock explains that users are increasingly using its imagery as wall artwork, and this “View in Room” feature makes it easy for people to visualize how an image might look in a particular room with AR.

Here’s how Shutterstock explains the feature:

Shutterstock’s in-house mobile team leveraged the iOS ARKit framework to create this virtual reality experience, enabling customers to interact with the expansive Shutterstock collection in a whole new way. Shutterstock customers are increasingly using the collection in the form of in-home, in-store or in-office artwork, for retail spaces or for restaurant decor.

Now, rather than imagining how a new image would look hanging on their wall, they can bring their imagination one step closer to reality by simply using the Shutterstock app to position an image virtually in a room before licensing.

The feature is easy to use as you’ll be presented with a “View in Room” button alongside all of Shutterstock’s 250 million images. From there, you can hold your iPhone’s camera up to a wall and the app will show you what the image would look like on your wall.

This feature is similar to the augmented reality capabilities added to other popular iOS apps. For instance, Ikea offers a dedicated “Place” app that shows users what furniture and other Ikea products would look like in your home.

You can try the feature for yourself in the Shutterstock app for iOS.