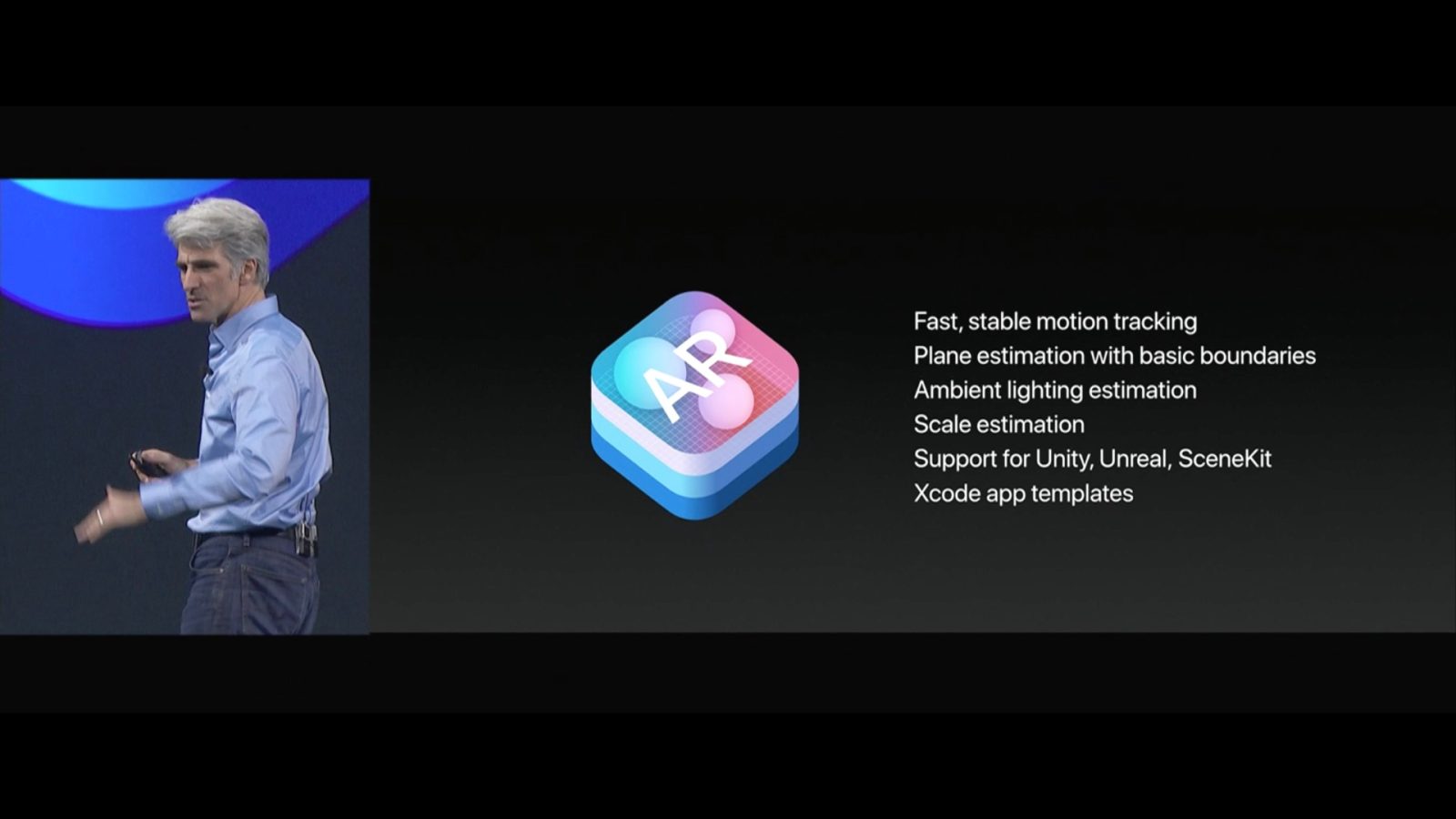 Apple has announced its augmented reality platform today, ARKit for iPhone and iPad…

Apple’s new ARKit for iOS 11 is looking to take advantage of the camera, CPU/GPU, and motion sensors in iPhones and iPads. Because of the large installed iOS user base, Apple is touting ARKit will be the largest AR platform in the world.

Here’s how Apple describes ARKit in its press release: