Apple holds environment-focused event at Apple Park with Jaden, Will, and Jada Smith 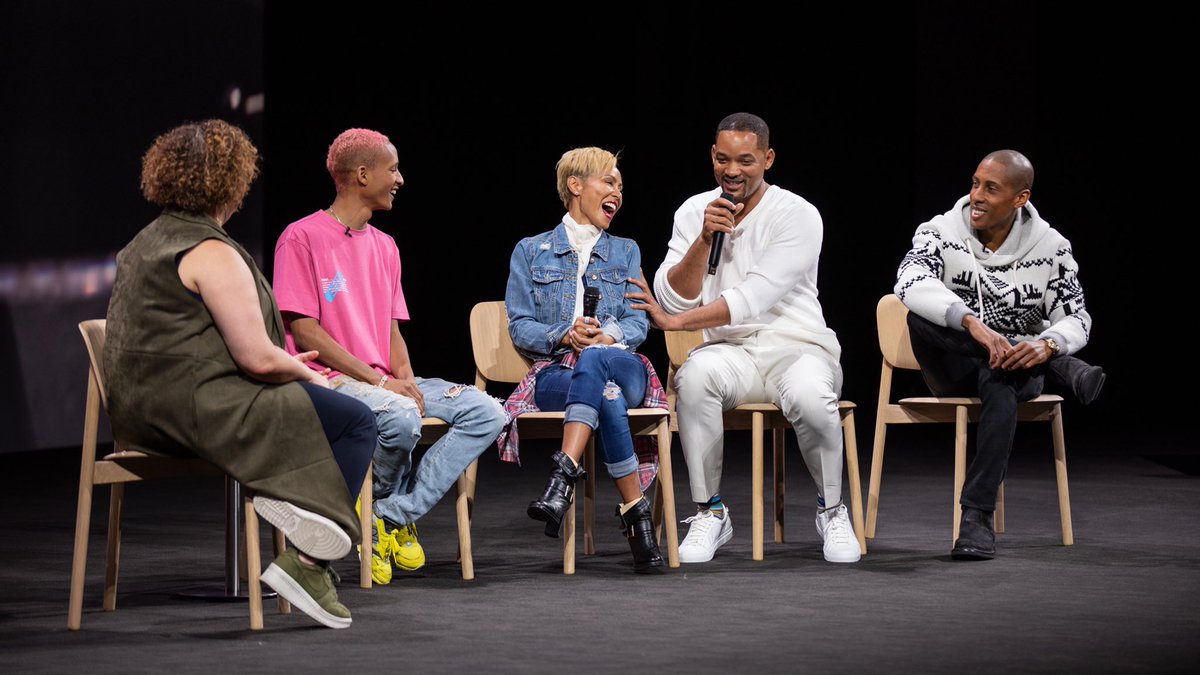 Apple held an event at its Apple Park headquarters today with Will Smith, Jaden Smith, and Jada Pinkett Smith. The conversation was moderated by Apple’s VP of environment, policy, and social initiatives.

Tim Cook shared an image of the event on Twitter, saying that “everyone deserves access to quality water.” Jaden Smith founded JUST WATER, an organization focused on bringing clean water to areas in need, such as Flint, Michigan. JUST WATER is touted as being ethically sourced and comes in a 100 percent paper-based bottle.

Today’s event comes following a string of announcements from Apple regarding its environmental efforts ahead of Earth Day. Last week, Apple announced that it has doubled the number of suppliers committed to running Apple production on 100% renewable energy. Just this morning, the company announced it had quadrupled its iPhone recycling program as well as released its Environmental Responsibility Report.

Apple has held several events at Apple Park recently. Last month, for instance, Octavia Spencer and Nichelle Tramble Spellman joined Lisa Jackson for a conversation about “equality, creativity, and the power within.” The conversations are generally open to Apple employees.

Everyone deserves access to quality water. Thanks for the leading the charge, @officialjaden, and for sharing your passion for the environment with us today at Apple Park. Your enthusiasm is contagious! 🌎 pic.twitter.com/2juv8zxMWT

Three inspiring and formidable women, @OctaviaSpencer, Nichelle Tramble Spellman and @lisapjackson, leading us forward with a conversation about equality, creativity, and the power within. pic.twitter.com/IN0ELFbh0l