Sprint and AT&T reach settlement over misleading 5G E logo, but nothing will change 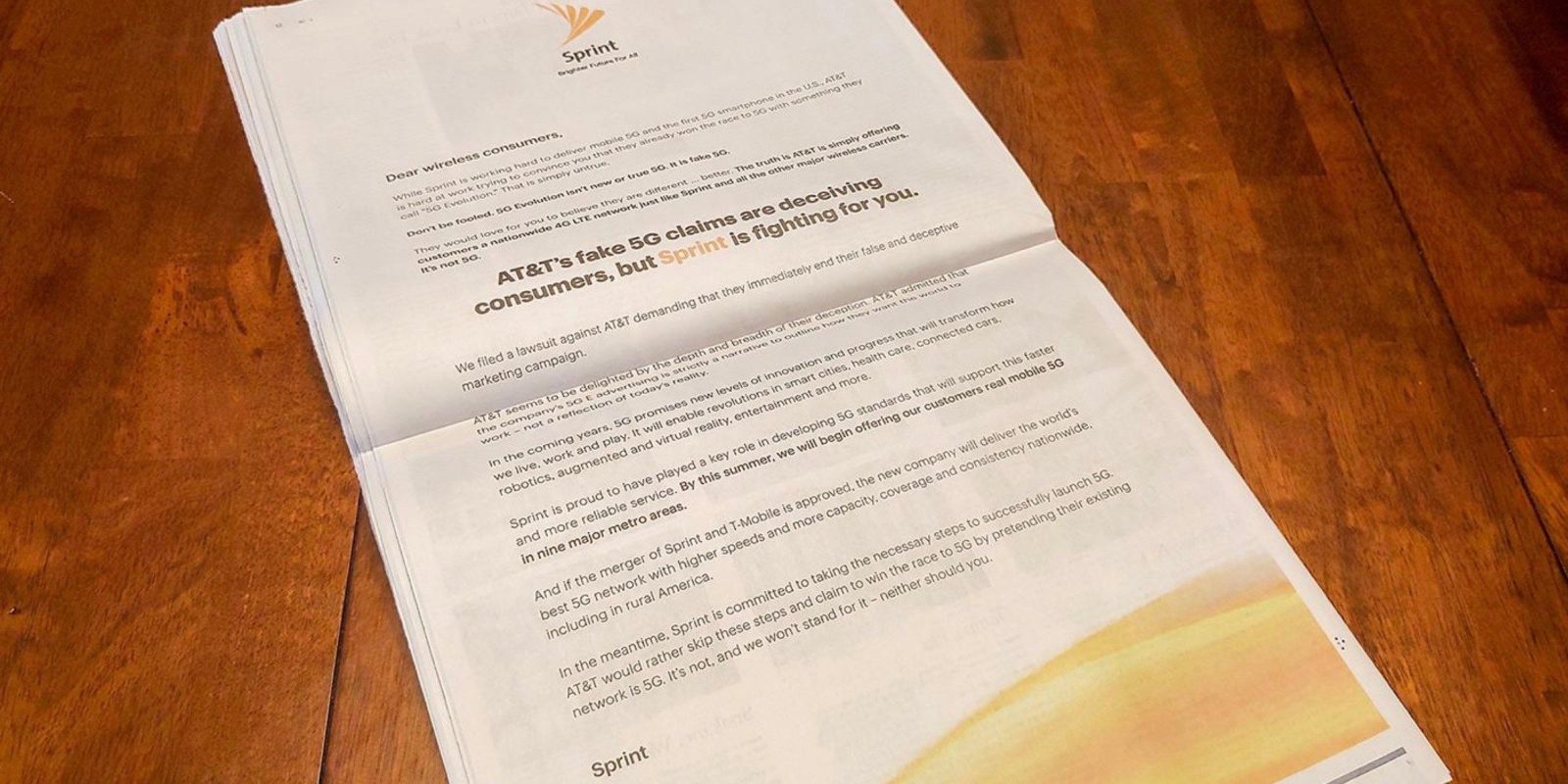 Earlier this year, Sprint sued AT&T over its “blatantly misleading” 5G E network. Now, the two carriers have settled the lawsuit, but AT&T will continue advertising and displaying its controversial 5G E branding.

The Dallas Business Journal was first to report that AT&T and Sprint had settled their dispute. AT&T has since officially confirmed the agreement in a statement, saying that the two “amicably settled this matter.” Sprint also confirmed the settlement.

Specifics of the deal, however, are unclear. The Dallas Business Journal report cites a person familiar with the matter and says that AT&T will continue to use its 5G Evolution marketing and branding. If that is indeed true, it’s possible that AT&T paid Sprint a lump sum to settle the lawsuit, or that Sprint essentially dropped the suit altogether.

Sprint first hit AT&T with the lawsuit back in February, with the carrier’s CTO alleging that the 5G E branding was “blatantly misleading consumers.” Sprint argued that AT&T was damaging the reputation of 5G as others tried to roll out a “legitimate early entry into the 5G network space.” Sprint also slammed AT&T in a full-page ad in The New York Times just a few weeks ago.

AT&T defended itself by saying that 5G Evolution is meant to “simply let customers know when their device is in an area where speeds up to twice as fast as standard LTE are available.” Of course, certain speed tests have cast doubt on the true speeds of 5G E.

The lawsuit between Sprint and AT&T is certainly one where we’d like to learn the settlement details. Unfortunately, however, it seems that we’ll simply keep staring at the 5G E logo on our iPhones, with little recourse available.