You can now include GIFs, images, and videos in quote retweets on Twitter 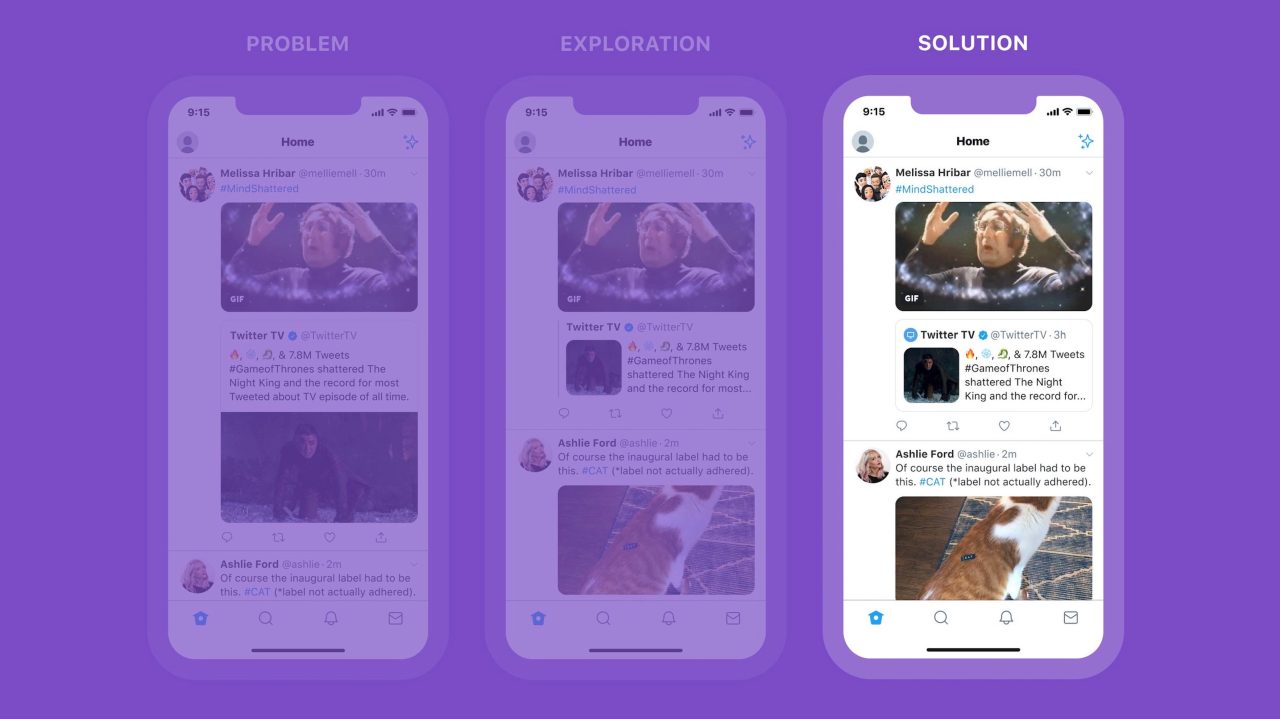 Twitter today has added support for retweeting a tweet and adding an image, video, or GIF. Evidence of this feature was first discovered back in February, but now it is rolling out to all users after what Twitter says was a long, nuanced design and engineering process.

Twitter’s quote tweet functionality has traditionally been limited to only supporting text. This meant that when you quoted a tweet from someone else, you’d only be able to react with text comments. Today, however, Twitter has added support for including images, videos, and GIFs when you quote another user’s tweet – as seen in the above screenshot.

In respective threads on Twitter, the company’s design and engineering teams explained why this feature took longer than expected to add. For instance, Twitter’s engineering team explained this was a rather big project because it impacted both the tweet detail page, as well as timelines.

These changes impacted the Tweet detail page and timelines so we accommodated design and functionality nuances across each of those areas. We also made sure to support accessibility, and achieved feature parity across clients.

The most exciting part of this project was that we were working on a feature that many people asked for. We’re very excited to launch this feature across Twitter, and we can’t wait to see it being used by all of you.

The expanded quote tweet functionality is rolling out to users now on iOS. It does appear to be a staged rollout, so if you don’t see it just yet, keep checking as it will likely come sometime in the next few days. At this point, the feature only seems to be supported on iOS – with desktop support unclear.