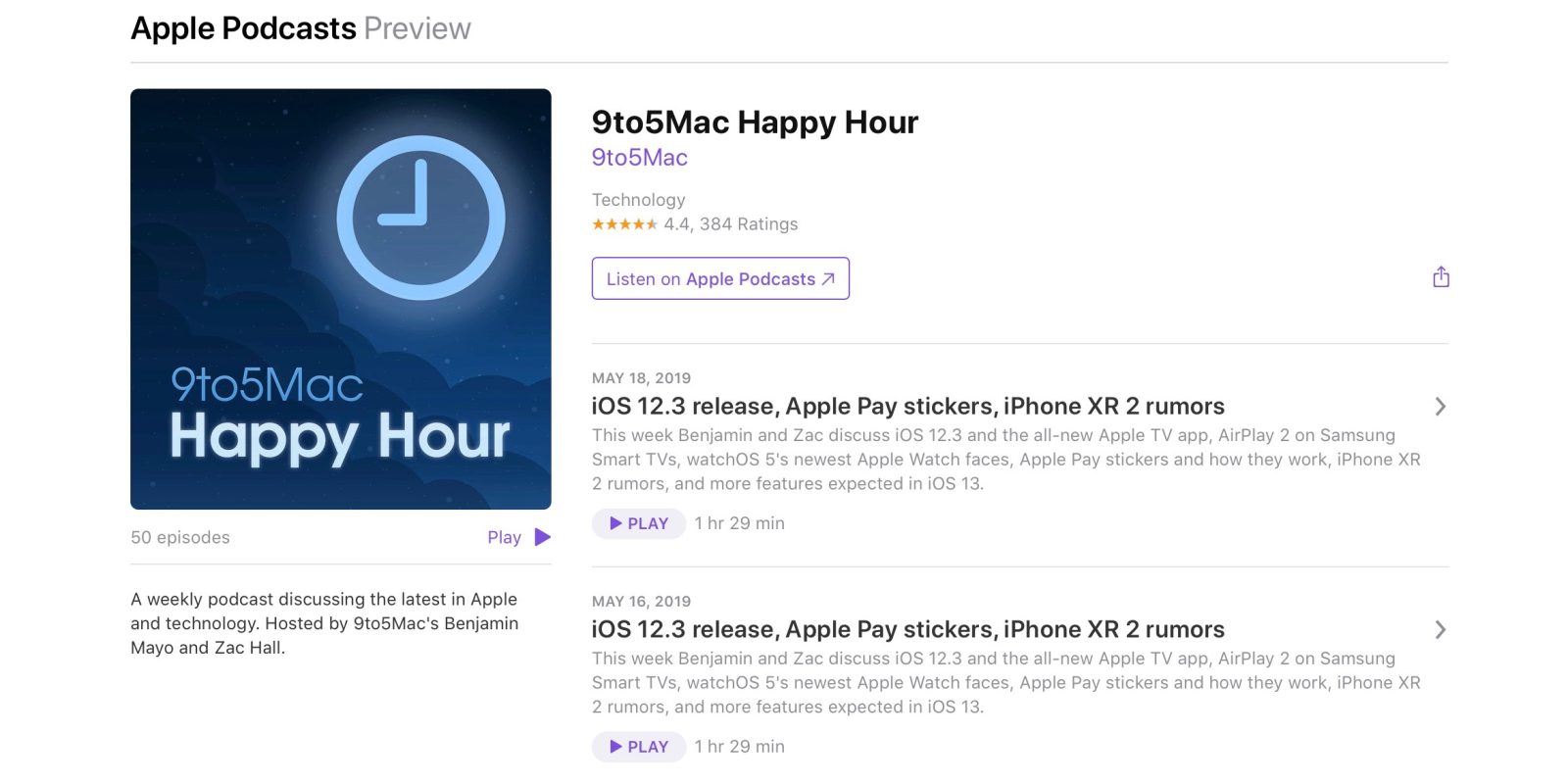 Last month, Apple overhauled the web interface for Apple Podcasts with a modern design and support for web playback. Today, Apple has made another slight change to the webpage, dropping the ‘Listen in iTunes’ branding.

As first noted by Vox Media’s Zach Kahn, the Apple Podcasts Preview webpage now displays a “Listen in Apple Podcasts” button, replacing the old “Listen in iTunes” branding. Clicking on the button still opens iTunes on the Mac, but that is likely to change sooner rather than later.

9to5Mac reported last month that the next major macOS version, likely macOS 10.15, will include a standalone Apple Podcasts application. The Podcasts app is likely to be made using Marzipan, Apple’s platform for porting iPad apps to the Mac. This means users of the Podcasts app on iOS will be familiar with the app when it comes to the Mac.

Currently, podcast playback is buried in iTunes on macOS, and lacks many of the features found in the Podcasts app on iOS. The new macOS app will bring many of those features to the Mac at long last.

Apple will likely announce macOS 10.15 during its keynote at WWDC on June 3rd, releasing a beta to developers on the same day. That’s when we’ll get our first detailed look at Podcasts on the Mac.