UrbanWatch lets you browse Urban Dictionary on your wrist 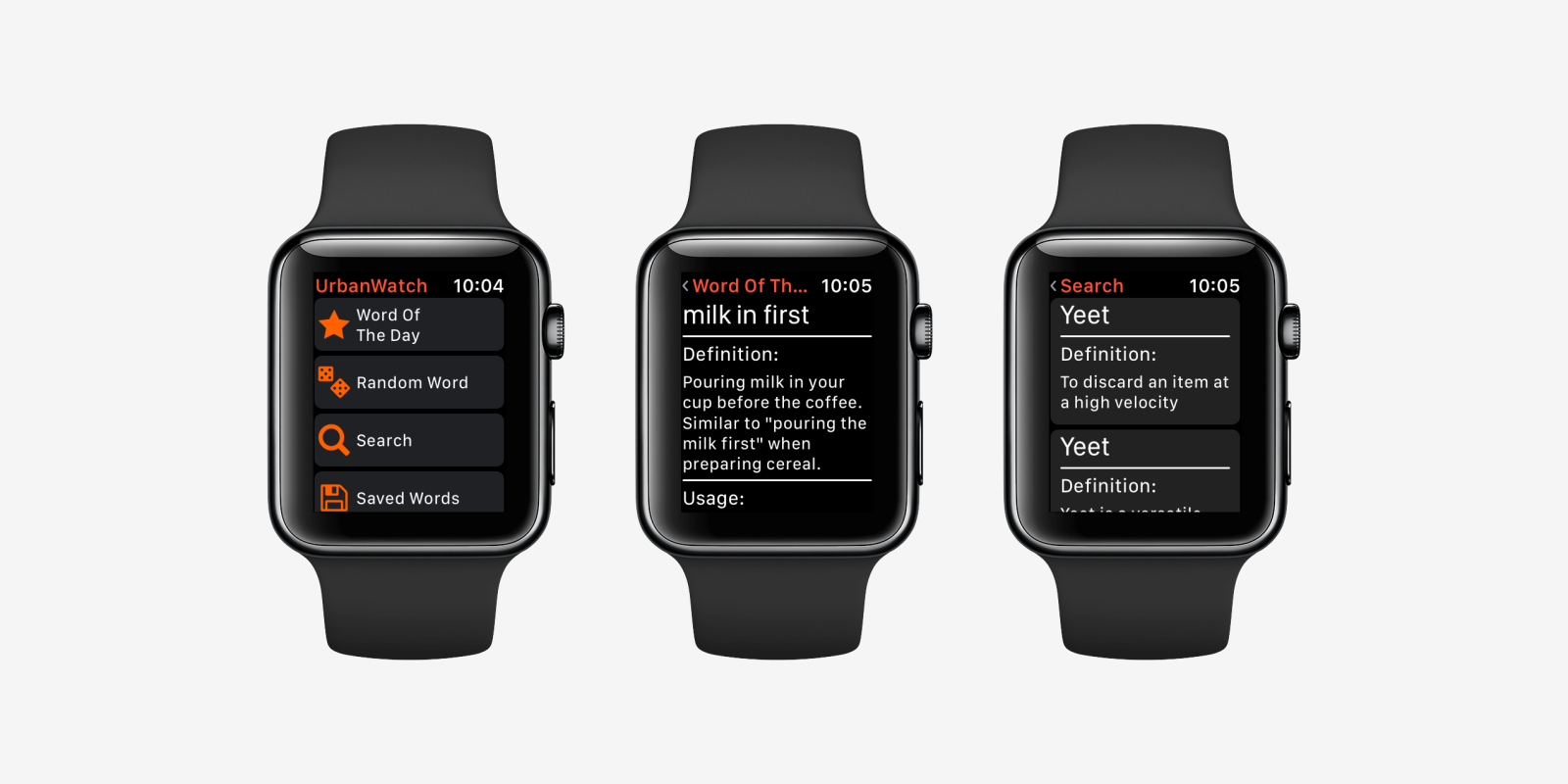 We’ve covered many Watch-specific apps before, including the popular Twitter client Chirp and the Reddit client NanoReddit. With rumors of a standalone App Store coming to the Watch with watchOS 6, it’s possible that these types of apps will become even more prevalent. One such app that’s just received a significant update is UrbanWatch, which is a full-featured Urban Dictionary client for the Apple Watch and is releasing version 2.0 today.

The app supports many features from the Urban Dictionary website, including “word of the day”, random words, and searching. The app also offers a one-time 99¢ purchase that unlocks the ability to save specific words and share them with friends.

The developer, Archer Gardiner-Sheridan, a 16-year-old from Australia says the idea came up when he was in the car on the way home from school thinking about ideas for Watch apps that people would enjoy using. He thought it “would be funny” to have an Urban Dictionary app for the Watch, so he created UrbanWatch.