Revolut Apple Pay support arrives in the UK and France [U: Other countries] 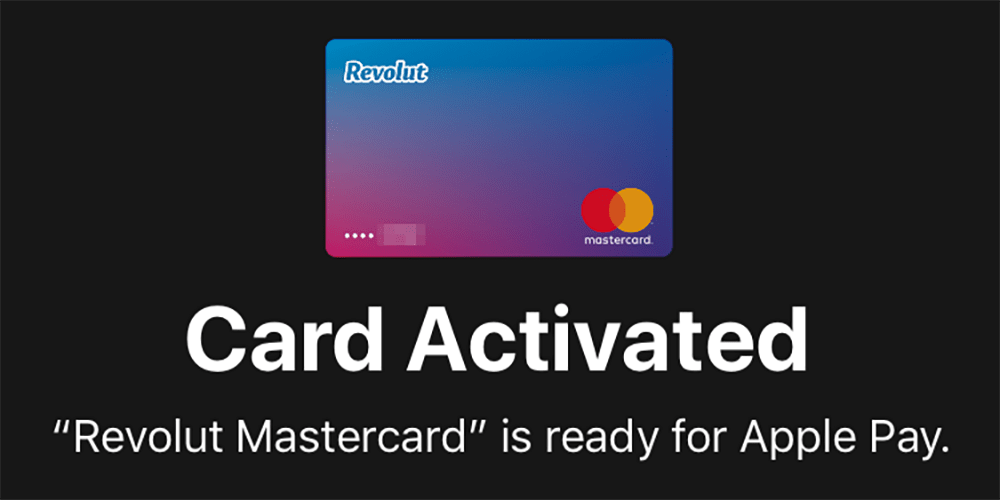 Update: Older Revolut cards in other European countries all used a card number grouping which identified them as UK cards, and these ones seem to be successfully activating too.

Revolut Apple Pay support has finally arrived, though at present is officially limited to the UK and France …

The prepaid Revolut card is a popular choice for frequent travelers, as it offers interbank exchange rates for more than 150 currencies and no fees for most transactions. It is thus a much cheaper option than using most bank cards. You get both a physical card and a virtual one in the app.

Revolut cards can be instantly topped up using a debit card or bank transfer. You can also send and receive money ala Apple Pay Cash in 29 different currencies, again at the interbank rate.

The standard card costs £5, with no monthly fee. There are no usage fees up to £5,000 per month, though free ATM withdrawals are limited to £200/month, making it best to stick to card payments when traveling. Premium cards are also available with higher ATM limits and additional features like medical insurance and disposable virtual cards, but these attract monthly fees.

To use with Apple Pay, just update the app and add the Revolut card in the Wallet app in the usual way.

While Revolut Apple Pay support is officially only available in the UK and France at present, some Reddit users in other European countries are reporting success at changing their iPhone region to the UK, adding the card and then reverting to their home country. Others are saying that they can add their virtual card, but not the physical one.

Switch to UK, add the card, revert to your original region.

I’m in Croatia (not on the list) and managed to add Revolut MasterCard without a problem.

I used my virtual Visa card instead of my metal card and it worked! (I’m from Belgium).

This seems inconsistent, however, with other users reporting that these methods don’t work for them. See update at the top.