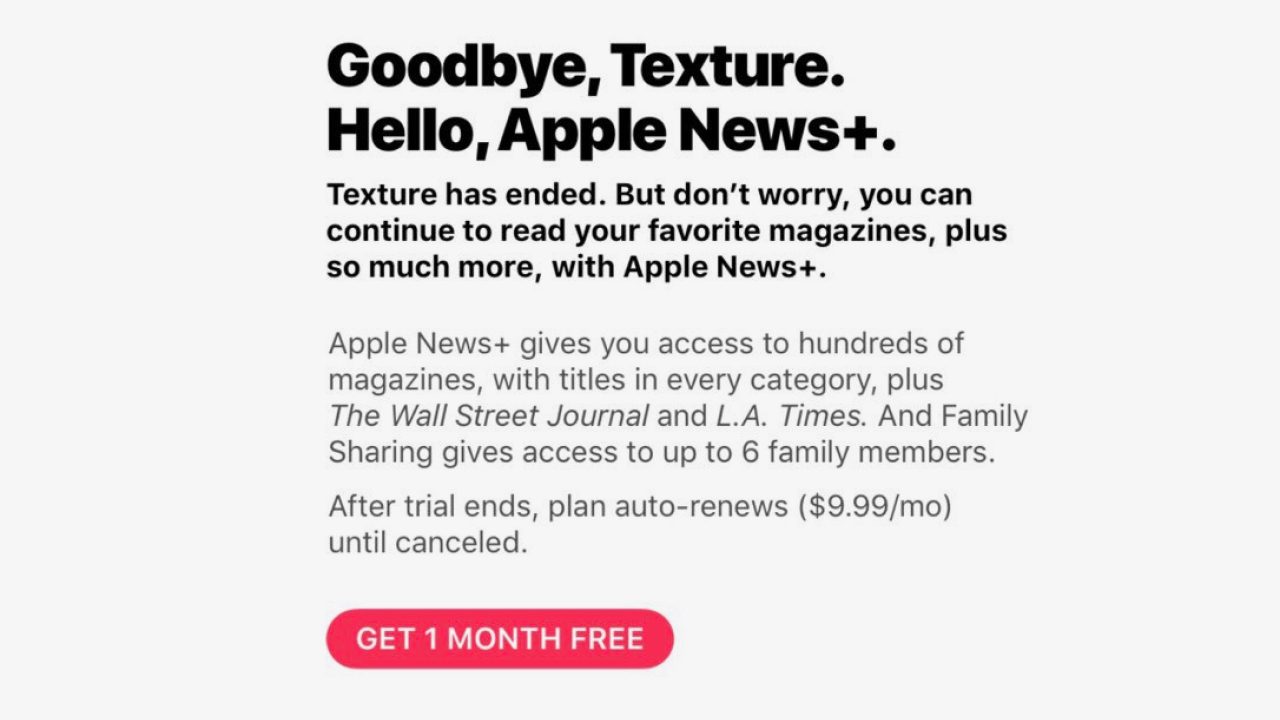 As expected, digital magazine service Texture has shut down following the launch of Apple News+. Apple acquired Texture last year as it worked to create Apple News+, and now it is pushing Texture users towards its own subscription news service.

Apple’s plans to shut down Texture were first detailed back in March, with the company setting a March 28th closure date for the service. Starting this week, Apple is prompting Texture subscribers to switch to Apple News+ through a “Goodbye, Texture” popup. A screenshot of the message was first shared on Twitter by Harry McCracken.

Texture has ended. But don’t worry, you can continue to read your favorite magazines, plus so much more, with Apple News_.

Apple News+ gives you access to hundreds of magazines, with titles in every category, plus The Wall Street Journal and LA Times. And Family Sharing gives access to up to 6 family members.

As for users on other platforms, Apple killed off the Windows version of Texture last year. Android users will completely lose access, with Apple shutting down the Texture app and not offering an Android version of Apple News+.

Apple acquired Texture in March of 2018, with Eddy Cue touting that Apple is “committed to quality journalism from trusted sources.” When it’s all said and done, Apple’s deal to acquire Texture could be worth at least $485 million, with some of that coming as an up-front payment and some as a guarantee to publishers.

Apple News+ has gotten off to somewhat of a rough start, but Apple’s Eddy Cue last week promised that Apple has “hundreds” of people working to improve the service.