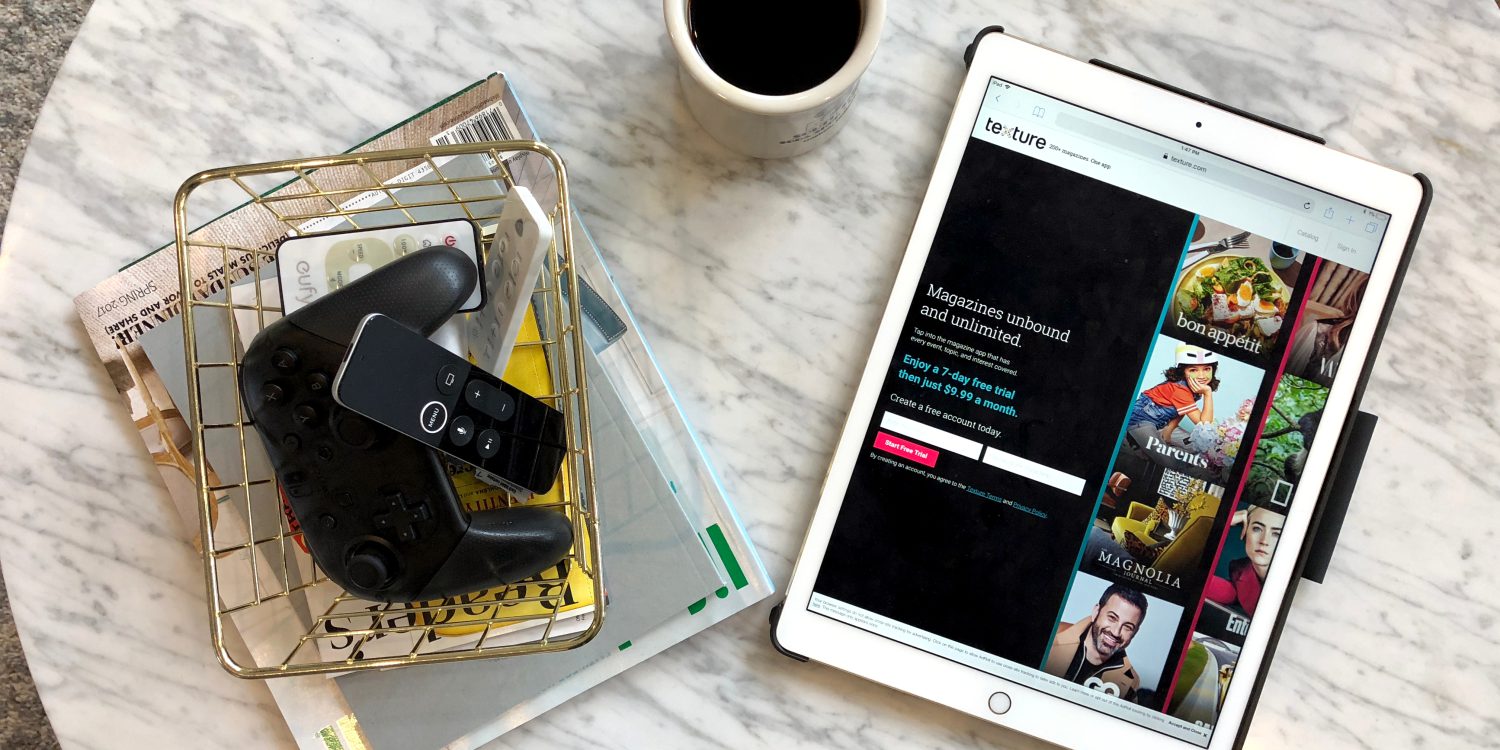 Following the launch of Apple News+, Apple confirmed last month that it would shut down Texture at the end of May. Apple originally acquired Texture in March of 2018, using it as the basis for what would become Apple News+.

Now, a new report from the New York Post offers more information on the details of Apple’s Texture acquisition.

According to the report, Apple will have paid $485 million when it is all said and done for Texture. There are two different ways Apple is paying that, though.

First, Apple reportedly made a $100 million up-front payment to the four publishers who initially started Texture: Condé Nast, Hearst, Meredith, and Rogers Media. KKR, an investor in Texture, also got a cut of that.

From there, Apple’s Texture deal also included a guaranteed payout minimum of $145 million for the first year for those publishers. In the second and third year, Apple guarantees a total payout of $240 million. That pushes the total amount paid to at least $485 million, according to today’s report.

Essentially, Apple’s deal consisted of a $100 million upfront “purchase price,” and then guaranteed revenue share of at least $385 million for the next three years. However, it’s likely not because of the technology of Texture that is so expensive, but rather the relationship with those four major publishers.

A report from The New York Times earlier this month suggested that Texture never amassed more than 200,000 paying subscribers. Conversely, Apple News+ is said to have signed up 200,000 users during its first 48 hours. It remains to be seen how many of those users will convert to paying subscribers once their 1-month free trial is over.

Apple will need to significantly increase the Texture/Apple News+ user base to get a return on its investment. Apple is taking 50 percent of Apple News+ revenue, with the other 50 percent being split among the pool of publishers. Apple’s deal for Texture, however, means Condé Nast, Hearst, Meredith, and Rogers Media are guaranteed to receive hefty payouts, regardless of whether Apple News+ is a success or a bust.