Today Apple launched a brand new high-end reference-grade LCD HDR display alongside the newly redesigned Mac Pro. The new monitor, which Apple is calling the Pro Display XDR is a 32-inch LCD display with a 6016 x 3384 6K native resolution and over 20 million pixels.

The Pro Display XDR is over 40% larger than the iMac 5K display, and supports P3 wide color, true 10-bit, and comes bundled with reference modes that are calibrated at the factory. The new display uses a brand new polarizer that allows the color and contrast to remain true — 25 times better than a typical LCD display — even at super-wide viewing angles.

The Pro Display XDR’s glass includes an anti-reflective coating, but there’s along with an optional matte option for challenging environments. A new nano-texture surface, made possible via precise etching on the glass, allows the panel to maintain image quality and contrast while lessening the reflectivity.

With modern pro video workflows often requiring HDR, the new Pro Display XDR goes above and beyond typical HDR support. A large array of individually-calibrated blue LEDs generates extreme brightness. An algorithm modulates each LED based on the content and custom lenses and reflectors shape and control the light. 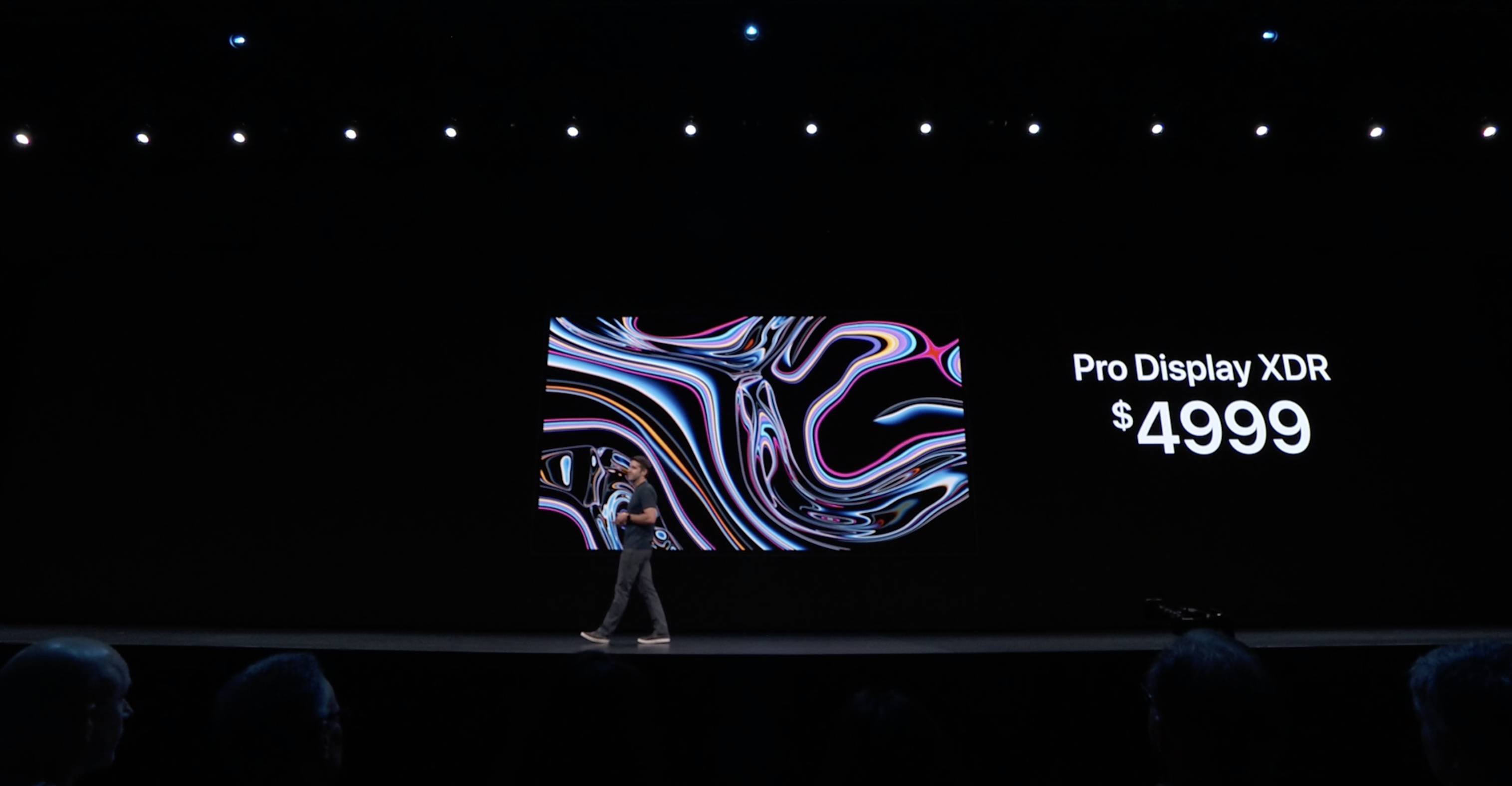 Apple says that a typical thermal system would make such a display impossible to run for more than a few minutes. To help dissipate heat, Apple designed the rear lattice pattern of the display to act as a heat sink to quietly extract heat from each LED. 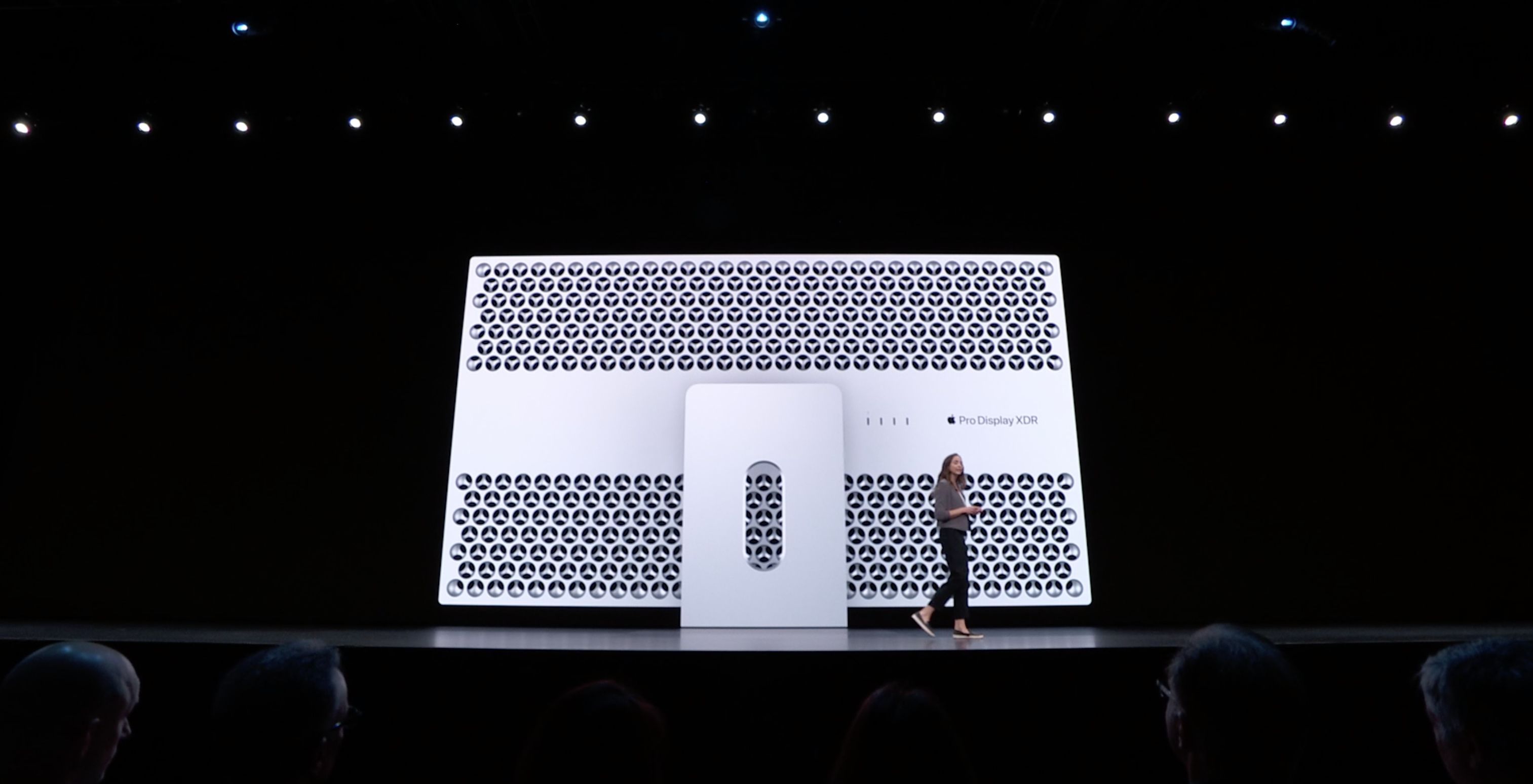 This innovative design allows the display to maintain 1000 nits of brightness indefinitely, and up to 1600 nits of peak brightness. In other words, the Pro Display XDR will allow photo and video editors to work on content as its intended to look like when it’s delivered to the end user.

Apple notes that the specs on its new display goes beyond High Dynamic Range. Hence, it’s named its display the Pro Display XDR, with XDR standing for Extreme Dynamic Range.

Interestingly, Apple is selling the stand for the Pro Display XDR panel separately. The Pro Stand will cost users an extra $999, while an optional VESA mount will set users back $199. 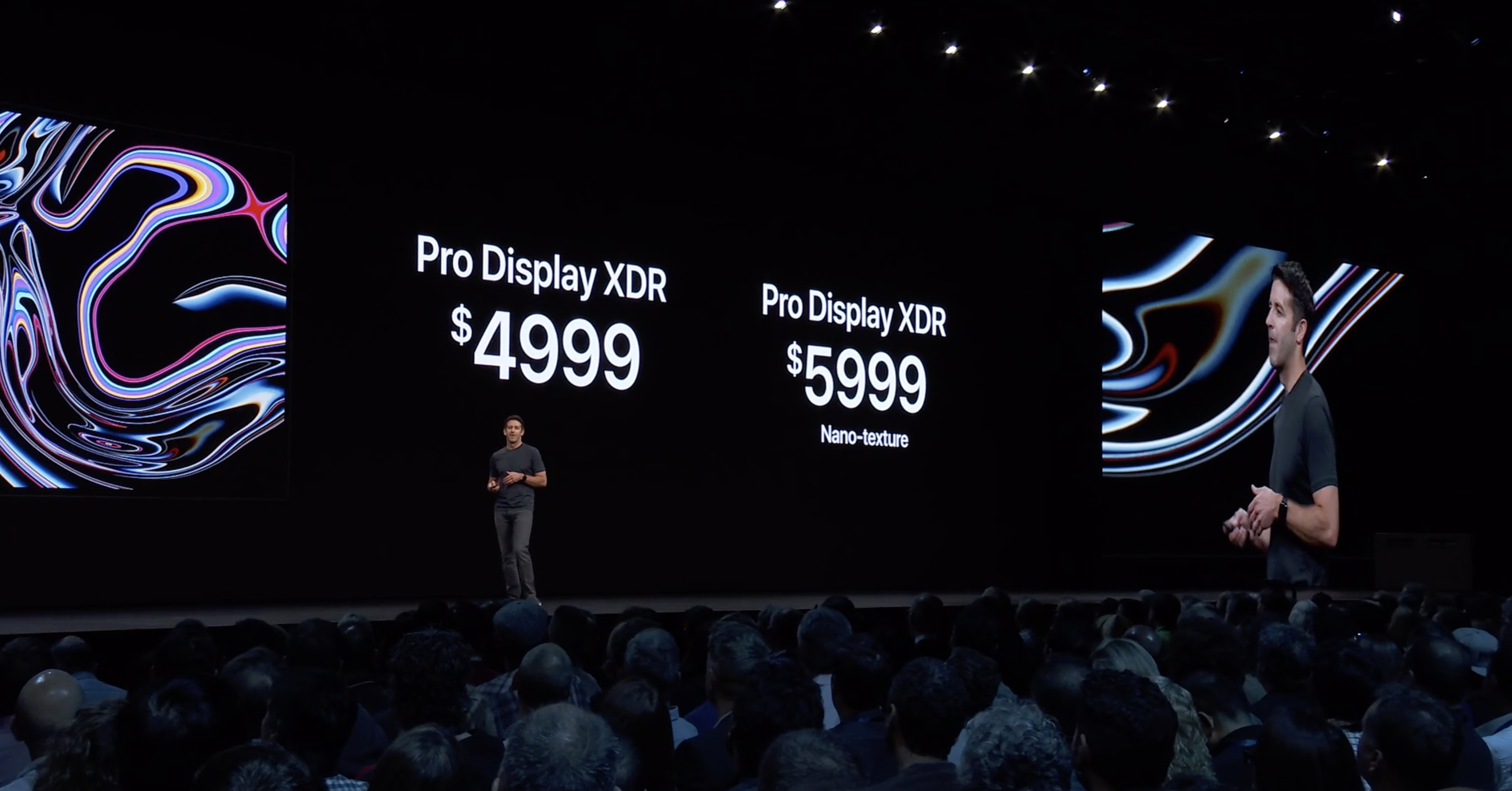 Granted, the Pro Stand isn’t your typical wobbly stand, but it’s been designed from the ground up with the Pro Display XDR in mind. The all-metal stand includes counterweights for precise, but virtually weightless-feeling, tilt and height adjustment. The Pro Stand also supports rotation up to 90 degrees, which allows the panel to be viewed in portrait mode.

The Apple Pro XDR Display is set to launch later this fall alongside the built-from-the-ground-up new Mac Pro. We’ll have additional details about the display as the become available. What are your thoughts thus far?