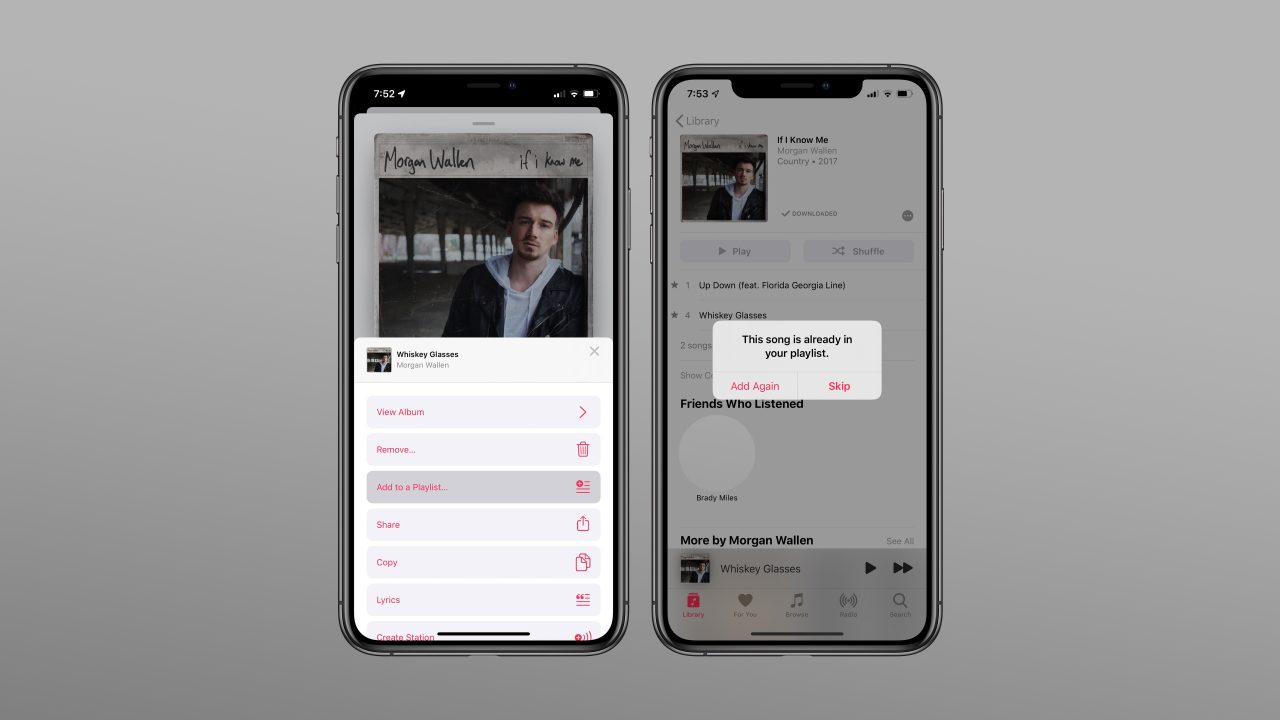 Apple Music is receiving numerous new features as part of iOS 13, including interface tweaks, lyrics support, and more. One of the more subtle, yet incredibly useful tweaks is a new warning that appears when you try and add a duplicate song to a playlist.

It’s a pretty simple feature on the surface, but one that the Music app on iOS has lacked. When you try to add a song to a playlist, but that song is already in that playlist, the Music app will now warn you as such. You can then choose to cancel or add a duplicate anyway.

This is a feature that Spotify has had for several years, and it’s great to see it finally come to Apple Music. It’s still not perfect, though. In some cases, Apple Music will still let you add a duplicate without warning, but iOS 13 is still in its first beta and it’s likely that Apple will refine this feature as the beta testing process continues.

iTunes had offered a similar warning in the past, and in case you’re wondering, the new Music app in macOS 10.15 Catalina retains that feature. If you try and add a duplicate song to a playlist, you’ll see the same warning you see on iOS.