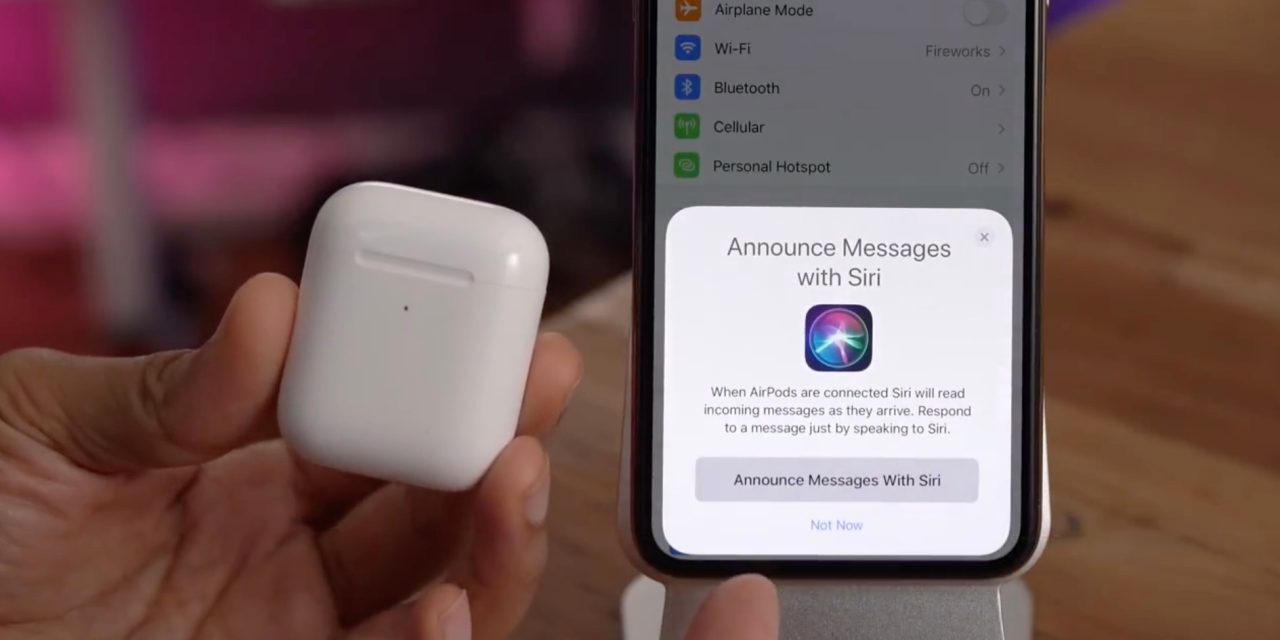 As part of its WWDC keynote, Apple dedicated an entire section to AirPods features. This includes the ability to share the same audio between two pairs of AirPods, and the ability for Siri to announce messages automatically as they come in. It left some Powerbeats Pro customers wondering if they had been left behind.

In the event presentation and the online iOS 13 preview pages, these features specifically mention AirPods.

Even in the current iOS 13 beta, the Announce Messages with Siri feature is subtitled ‘When AirPods are connected, Siri will read incoming messages to you’.

It obviously makes sense that this would be the case, given both AirPods and the Powerbeats Pro share the same H1 chip, but there had been some community consternation from Powerbeats owners that they might be being left out. Rest assured, all of Apple’s H1 headphones will be supported.

Apple’s AirPods were the first mass-market truly wireless headphones and have been wildly popular in the market. The company released a spec-bumped ‘AirPods 2’ in March with improved battery life and Hey Siri support. Apple’s Beats division released its take on the truly wireless market last month in the form of Powerbeats Pro.