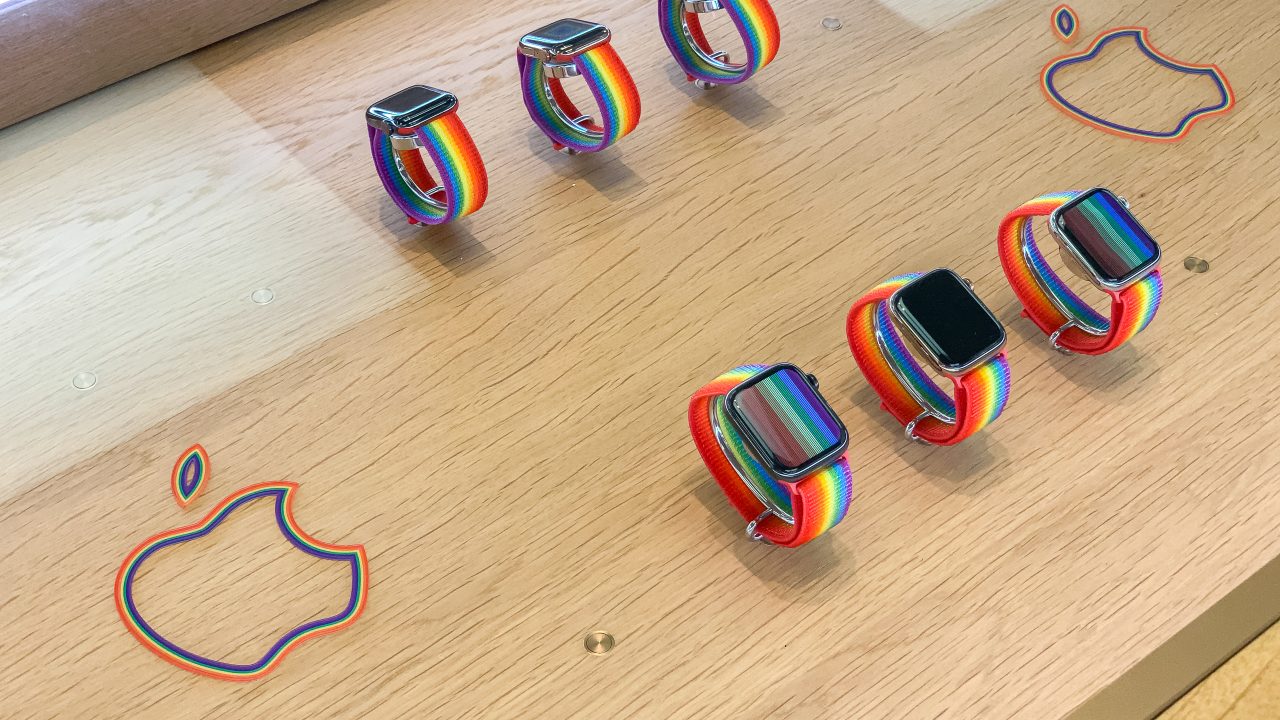 June is Pride Month, and since 2016 Apple has shown its support in the form of special edition Apple Watch bands and later watch faces with a rainbow theme. In previous years, Apple Watch display tables in a handful of select retail stores were redecorated with a white backdrop, rainbow Apple logo, and Pride bands. This year, Apple is rolling out Pride displays to stores across the world with a new design and 2019’s Sport Loop front and center.

The 2019 Pride Edition Sport Loop was announced on June 3rd at Apple’s WWDC keynote in San Jose along with a summer collection of watch bands and iPhone case colors. The new rainbow Sport Loop matches the Pride Analog and Digital watch faces added in watchOS 5.2.1.

Now that the band is available for in-store pickup, Apple has updated the center of Apple Watch display tables to feature six watch models with the Pride band. A precision-cut dimensional Apple logo has been placed on both sides of the display featuring the same “thread” arrangement and colors as the band.

Last year’s Pride displays remained in 13 stores throughout the month of June and beyond. The bands are available for $49 and the special watch face is already active on your watch if you’ve updated watchOS to the latest public release. 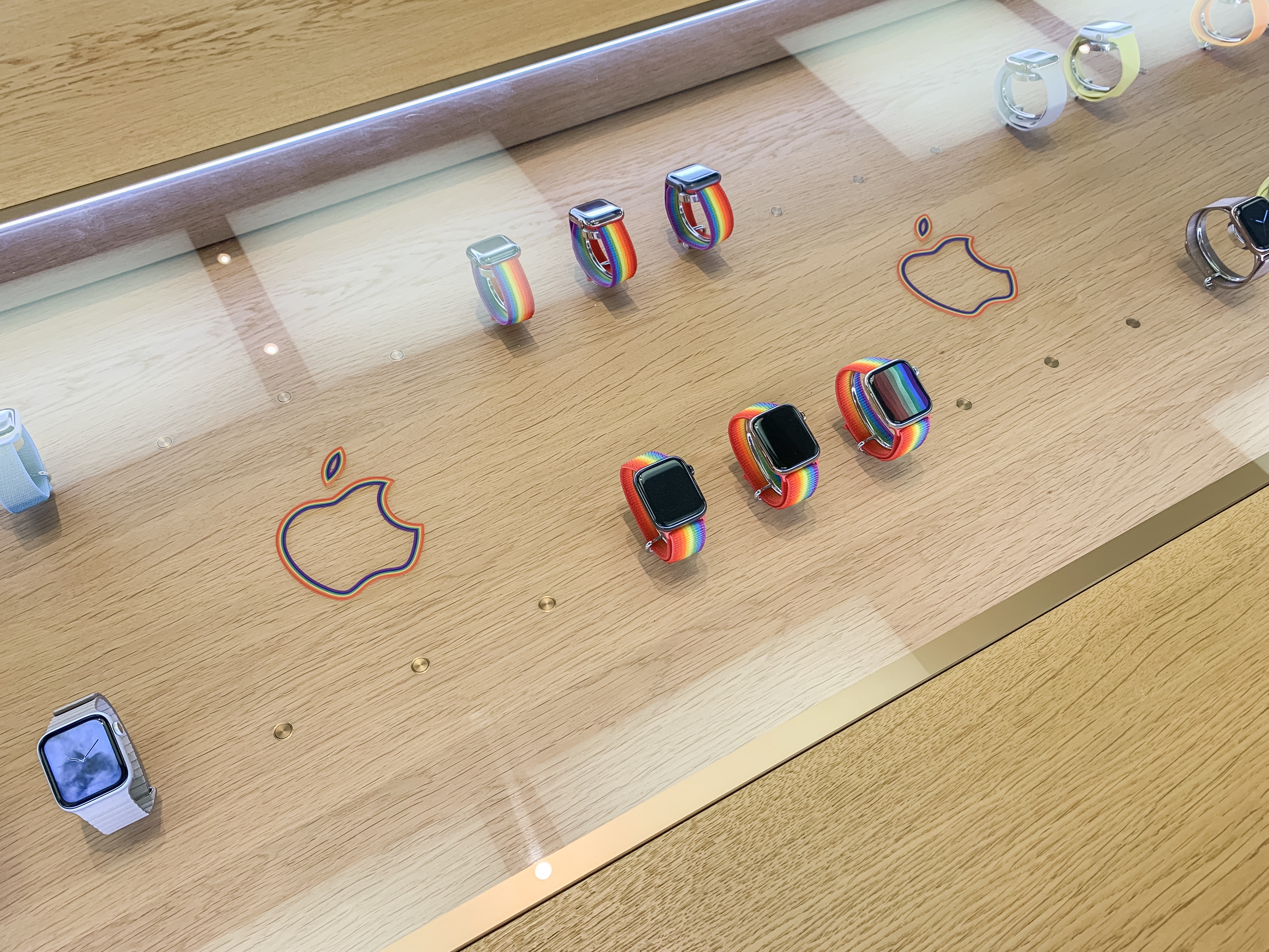 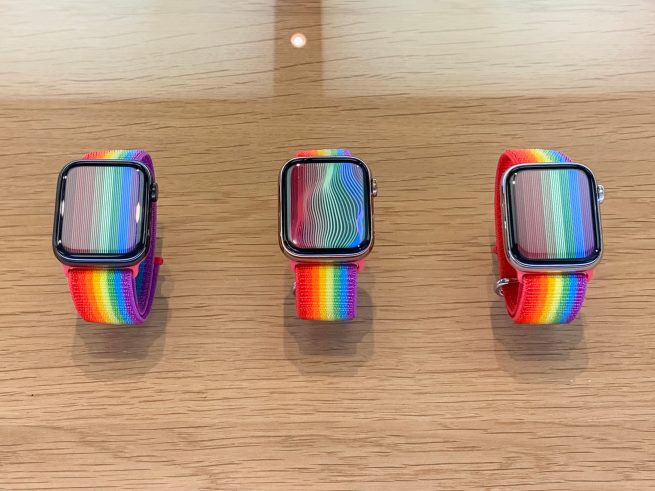 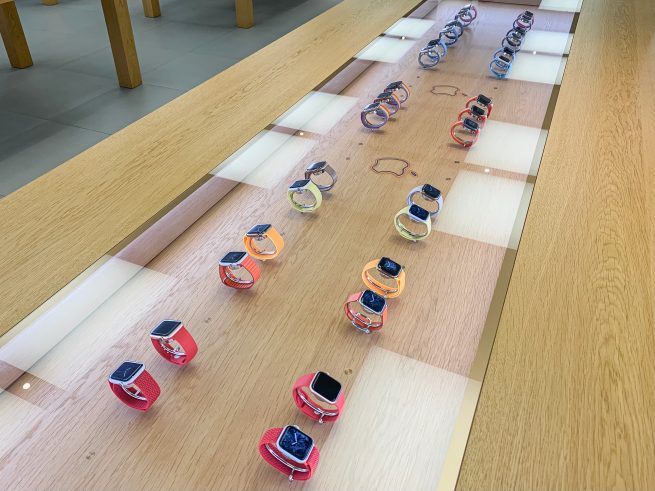 Also arriving in select Apple Stores for the second week of June is a new feature bay at classic locations that promotes Apple’s tools and integration for small and medium-size businesses. The new display is headlined by a graphic panel with the text “Apple at Work” or “This is Apple at Work” accented by a long gradient shadow. The design matches signage promoting Apple’s services like Photos, Music, and the App Store that was installed in stores in May. 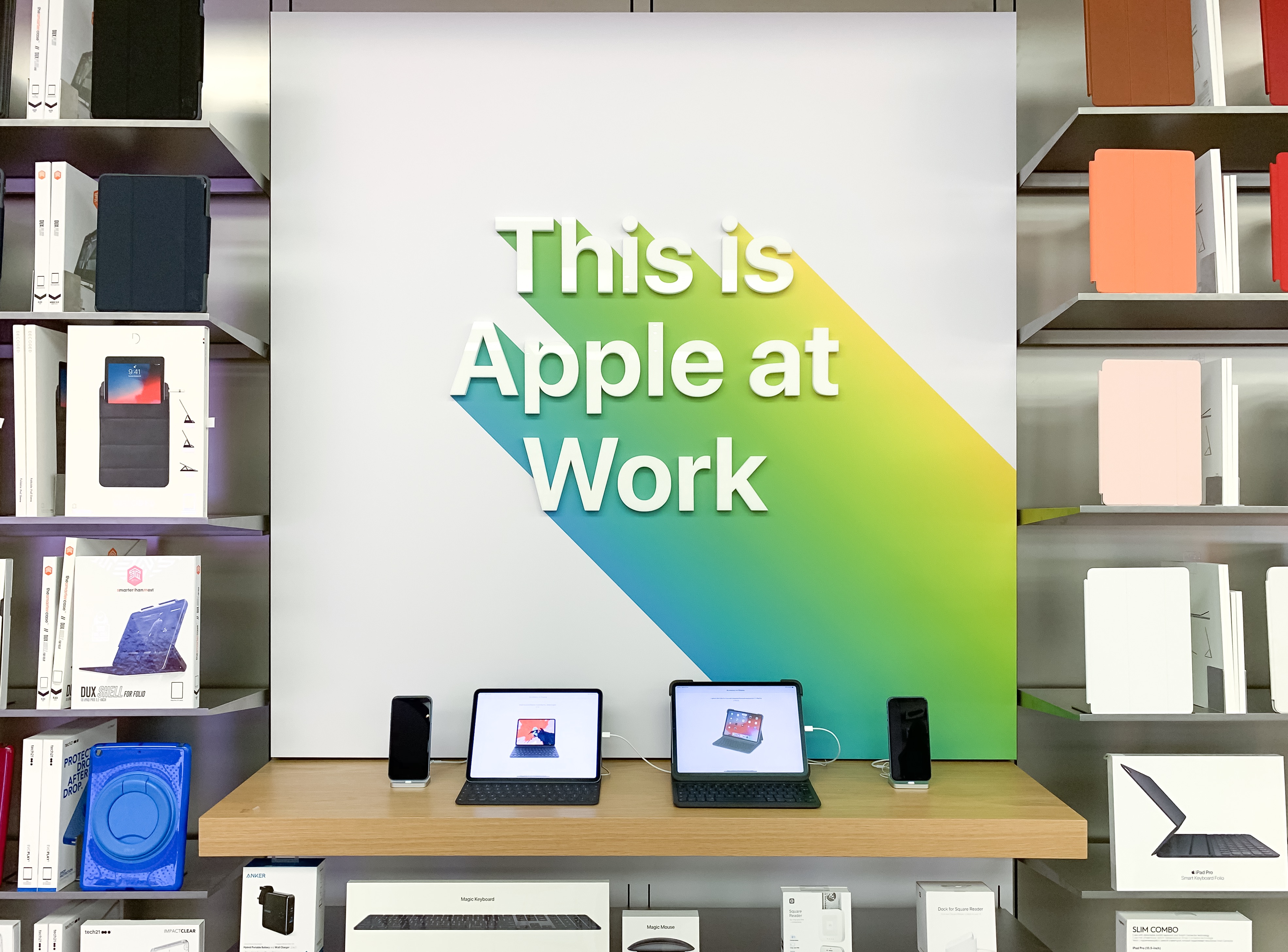 Each display has been outfitted with iPhones and models of iPad Pro sporting Apple’s Smart Keyboard Folio and a third-party option. Below the displays are a range of business and workplace-friendly accessories including Office 365, Parallels Desktop, Square Card Readers, and portable SSDs.

The new displays have been timed in coordination with an updated Small Business page on Apple’s retail website that went live earlier in the week. Also titled “Apple at Work,” the page describes how Apple’s retail team can help your business and how you can be more productive with Apple products and third-party apps. Emails have been sent to customers with a similar promotion. The retail business page is titled the same but distinct from the “pizza box” Apple at Work campaign that began in April. 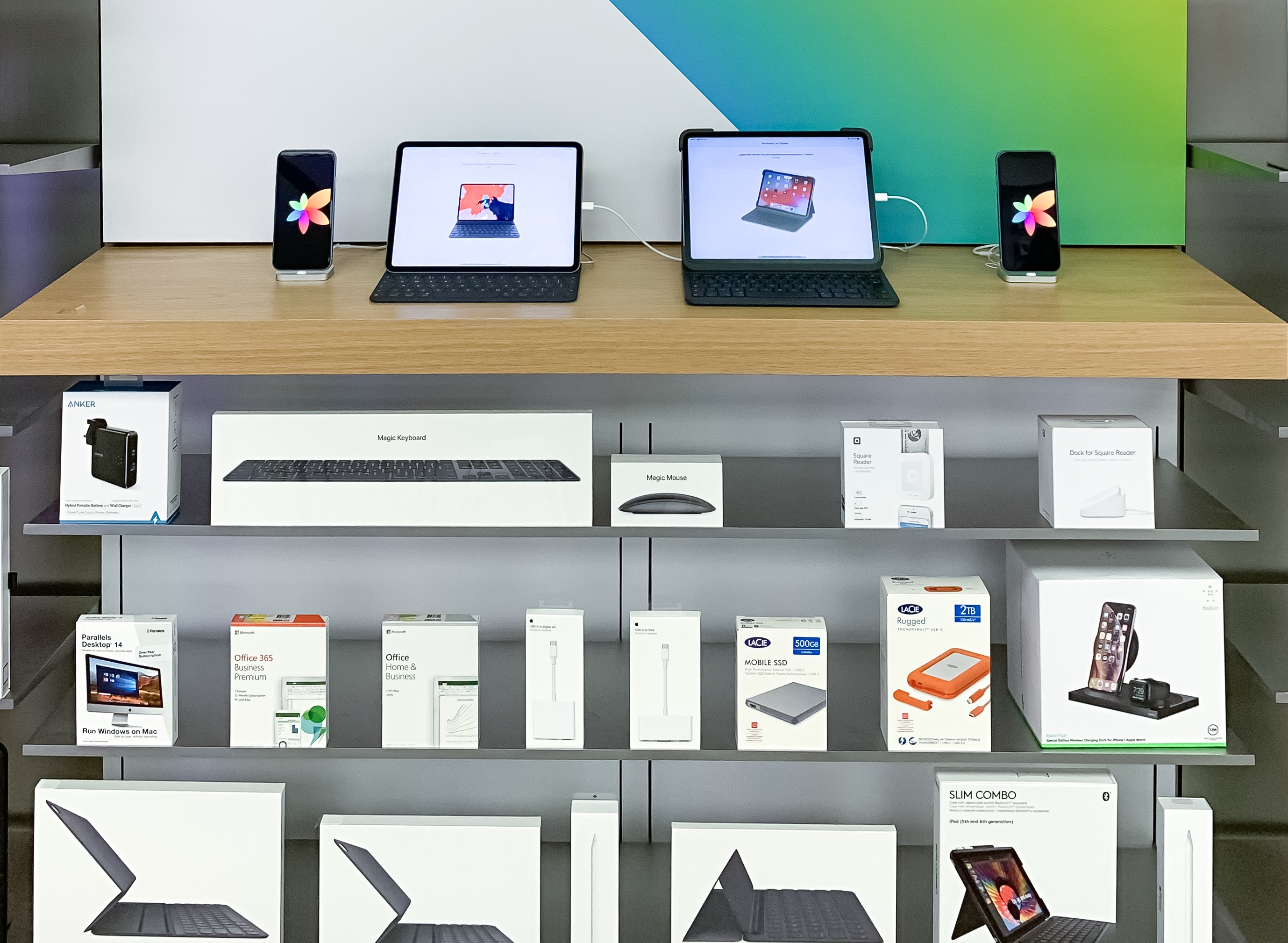