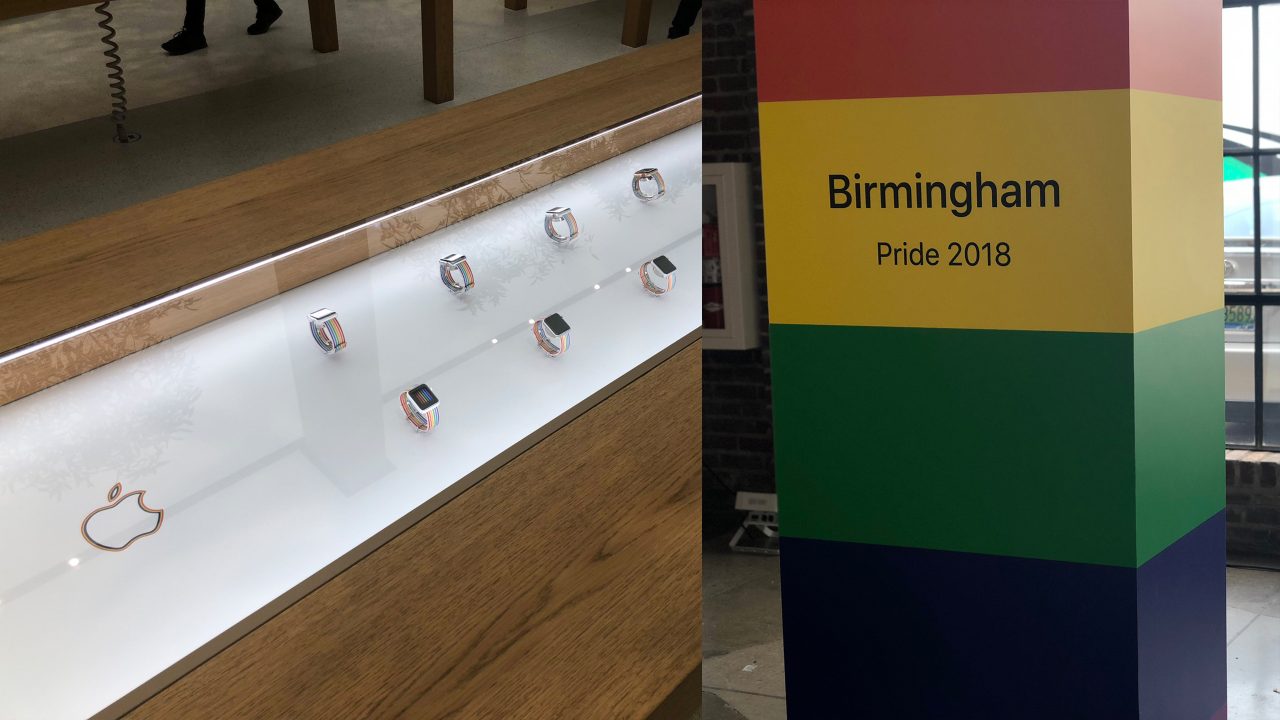 After announcing the availability of a new Pride Edition Woven Nylon Band and watch face at this past week’s WWDC keynote, Apple is promoting the new products and Pride Month in select retail stores.

Now, Apple has chosen 13 select retail stores around the world to feature custom Apple Watch display tables dedicated to showcasing the Pride band. Under each table’s glass are a dozen assorted Apple Watch models, each outfitted with the new band. Striped Apple logos printed on the table flank each side of the display.

Head to Apple Regent Street this weekend to check out the Pride Takeover of Apple Watch. Try out the band on your own watch, and take one home for £49. A percentage of the sales price goes to LGBT+ charities. Available for a limited time only. #ApplePride https://t.co/nPrq8jQQEV pic.twitter.com/C0JizKtDwO

Two of the stores with the display are Apple Regent Street in London (pictured) and Apple The Summit in Alabama, the latter of which was chosen to participate in a private #applepride event yesterday evening. The celebration was held at Birmingham’s Haven, an event space located 15 minutes away from Apple’s store.

Below, we have identified all thirteen original locations with Pride band tables. The grand reopening of Apple University Village in Seattle brought with it a fourteenth display. Let us know if you spot the table elsewhere:

Apple first introduced a Pride Watch band for employees who participated in 2016’s Pride Parade in San Francisco. Last year, the same band was released to the general public and was available through September. This year’s $49-band is themed around the accompanying watch face, with six colored stripes perfectly aligning to the position of identical stripes on the watch’s display.

Tim Cook and Apple have participated in Pride events and initiatives for several years now, including parades in several cities around the world in 2017. More photos from yesterday’s event below: