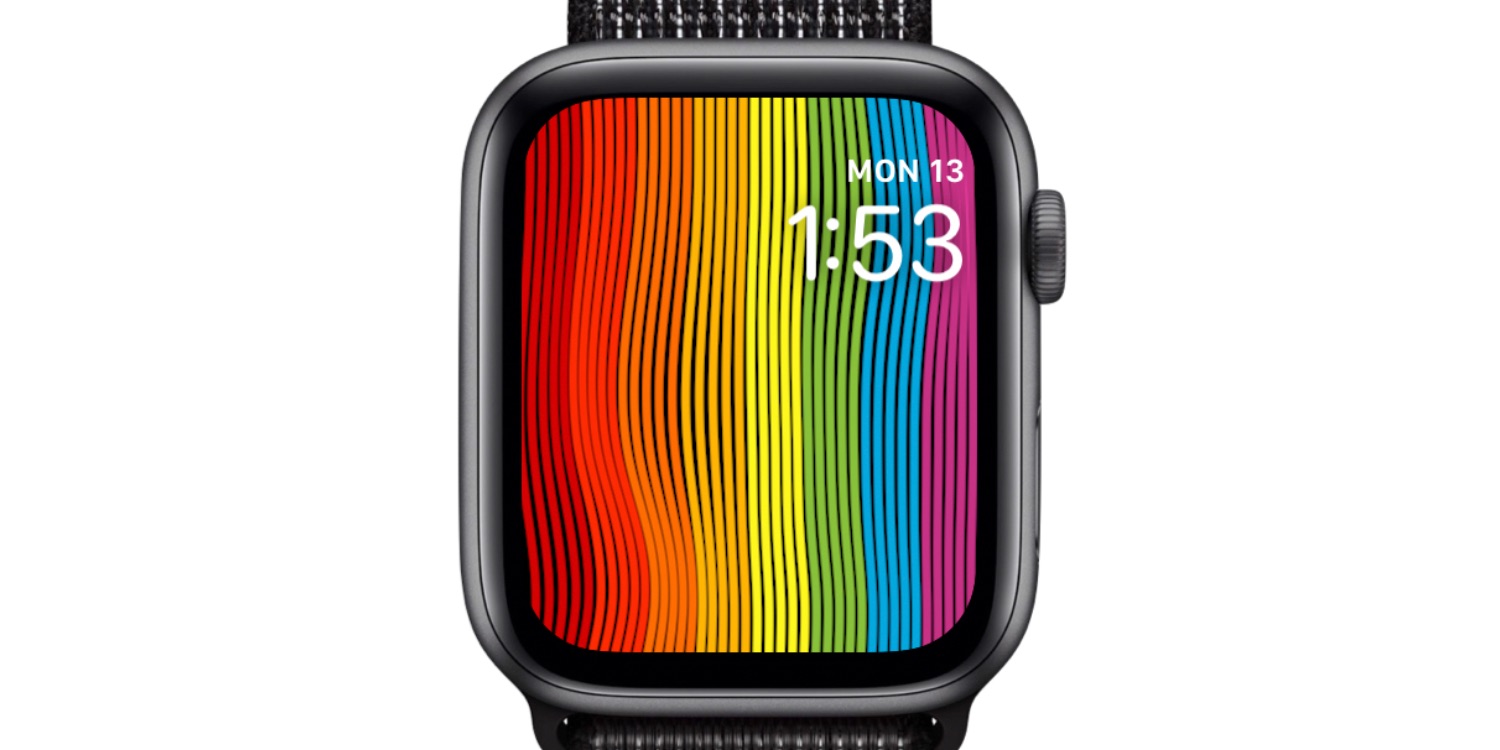 Apple debuted a brand new Pride face in the middle of the WWDC 2018 keynote last year, pairing a rainbow colored watch face with a matching band. Now Apple’s Pride face is getting a new design on the Apple Watch with an updated style option. There’s also a new Pride Analog version with full screen and circular versions.

As of watchOS 5.2.1 which was released for Apple Watch earlier today, the Pride face has two appearance options: 2018 and 2019. Press into the screen when using the watch face to access the appearance options.

Now named ‘2018’, the original Pride watch face appearance is unchanged, mixing individual vertical threads with a black background and a variety of animations activated when you tap the screen or raise your wrist.

The new ‘2019’ version of the Pride face replaces the black background with larger, vertical threads that have a single new animated effect when activated. The new style looks especially designed for the larger Apple Watch Series 4 displays which have much smaller bezels and rounded corners.

This is also the first time the Pride face has had an analog version with watch hands versus a digital clock. Apple Watch Series 4 includes a full screen mode, and all Apple Watch models that run watchOS 5 (Series 1 and later, no first-gen) include the new circular version which supports color changing corner complications. 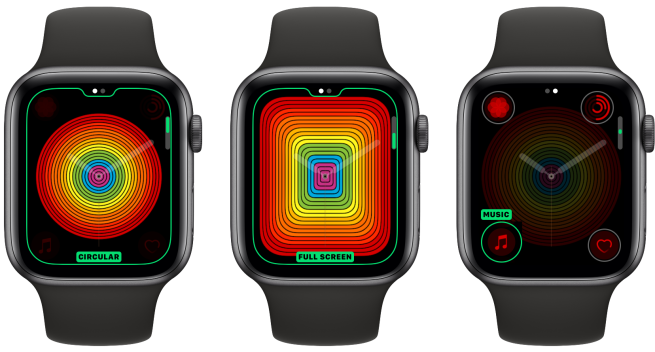 A number of similarly styled bands are sold by other companies, but Apple’s Pride band is introduced selectively. Searching Apple.com for ‘Pride band’ currently shows you a very nice HP LaserJet printer, but no Pride band. 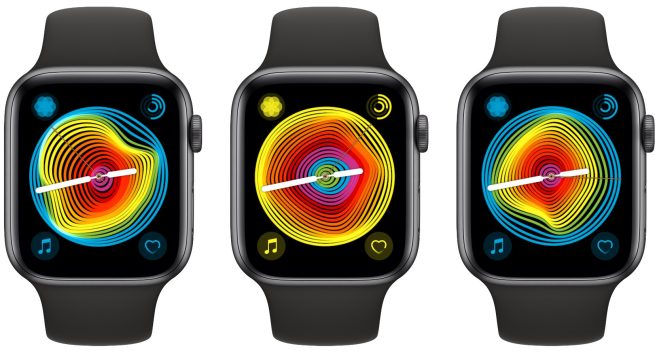 Perhaps a Sport Loop version is in the cards for this year — the watch face style name suggests an update could be on the way. Apple has raised funds for LGBT advocacy groups through the special edition Pride band in the past.