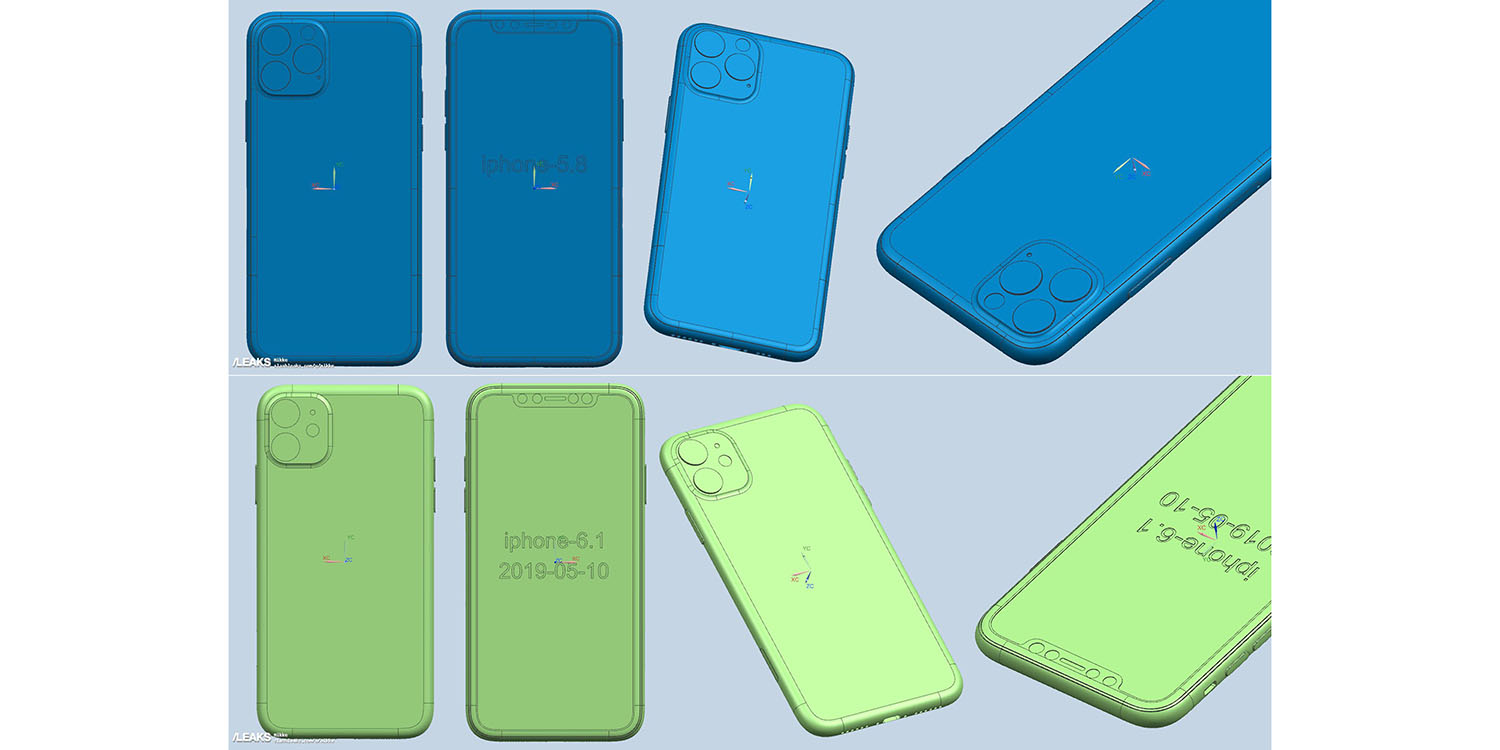 Claimed CAD renders of 2019 iPhones posted this morning once again show the square camera bump first seen back in January.

The renders show all three models, which the site dubs the iPhone XI, XI Max, and XIR (the iPhone XI Max can be seen below) …

The images were posted to Slashleaks.

The camera layout is seen within the camera bump, namely three cameras in a triangular arrangement on the flagship models, with two cameras on the XR replacement, the flash positioned to mimic the triangular look of the XI/Max.

The latest images don’t show anything new but do line up with what we’ve seen before, lending further weight to the reports. Most recently, we’ve seen a transparent case for this year’s iPhone 11 Max, seemingly based on the same CAD renders.

What we’re expecting from this year’s phones

We’re expecting the design of this years iPhones to be broadly similar to current models, with the same size screens, though with some notable differences. In addition to the square camera bump and triple-camera arrangement, we’re expecting the rear of the phone to be made from a single piece of glass, and the camera housing to be beneath that glass to make it less obtrusive.

We’re also expecting the mute switch to go from a rectangular left/right one to a rounded up/down switch.

As for that third camera, Ming-Chi Kuo suggested in April that it would be a new super-wide 12MP lens. Added to the existing standard and 2x telephoto lenses, that would make the iPhone a significantly more flexible tool, especially for landscape shots and indoor photos. Kuo also indicated that the lenses will be coated in black to give them a more discreet look.

Feature-wise, we’re hoping for Dual Bluetooth Audio, to send the same audio to two pairs of wireless headphones at the same time, and bilateral wireless charging, which would allow the iPhone to charge an Apple Watch or AirPods case.

Check out everything we’re expecting here.

There’s been a lot of discussion about the aesthetics of the square camera housing, just as there was for the very first camera bump. The alleged CAD renders of 2019 iPhones will doubtlessly keep that debate alive.