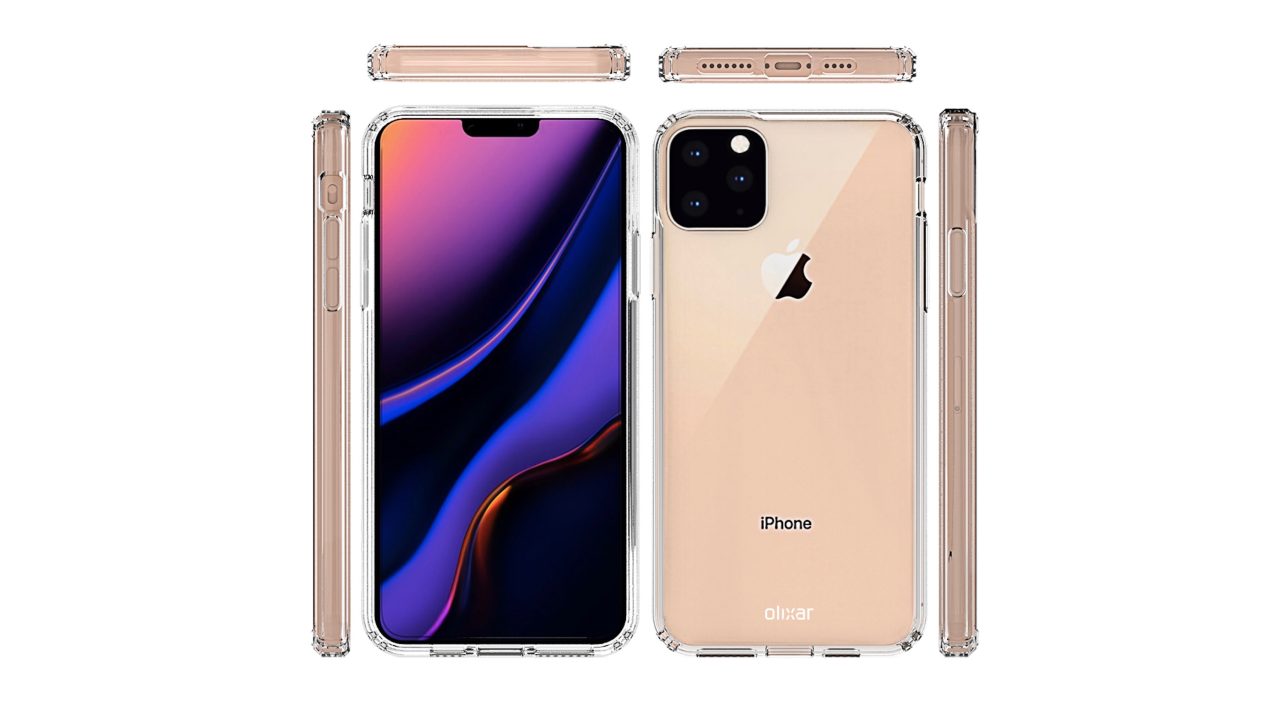 Various leaks and renders have offered us close looks at the forthcoming iPhone 11 and iPhone 11 Max. Now, case maker Olixar claims to offer a detailed look at the iPhone 11 Max, including the new camera bump, a redesigned mute switch, and more.

The case images from Olixar, which come courtesy of UK retailer Mobile Fun, show the iPhone 11 Max in gold. On the back, you can see the new triple-camera array housed in a new square camera bump. Apple is said to be using a new back glass design with the iPhone 11 that would be made up of a single piece of glass, covering the triple-lens camera bump as well. That change is hard to spot in renders, though.

The images also show a redesigned mute switch that moves up and down instead of left and right. It also features a round design as opposed to the rectangular design of the current mute switch. This is likely a space-saving design decision to account for the new camera hardware on the back.

In terms of connectivity, the images reaffirm that this year’s iPhone will ship with Lightning connectivity as opposed to USB-C. It is possible, however, that Apple will include a Lightning to USB-C cable in the box, alongside a more powerful 18W wall adapter.

Other rumored changes for this year’s iPhones include bilateral wireless charging, larger batteries, and more. Read our full rumor roundup for all of the details. The iPhone 11 and iPhone 11 Max will likely be announced in September, alongside the public release of iOS 13.